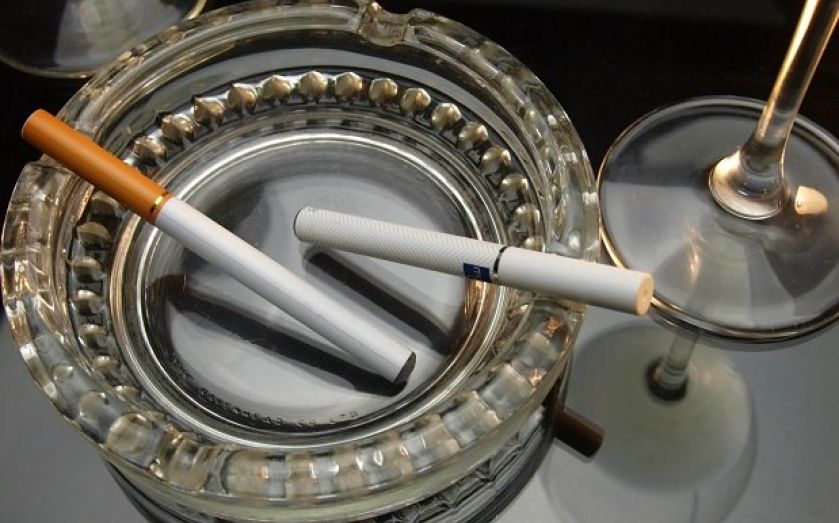 Ecigarettes should be a last resort solution to quitting smoking, according to the American Heart Association (AHA).

In the group's first policy statement on the devices, AHA said established quitting methods like nicotine patches should be the first port of call for those looking to give up regular cigarettes but if they failed "it is reasonable to have a conversation” about ecigarettes.

“For example, currently available data suggests that e-cigarettes appear to be less harmful than traditional cigarettes. And in some cases the product could help people quit smoking,” the AHA said in a press release.

However, while acknowledging that ecigarettes could be an important tool for some to give up smoking the AHA wanted them to be subject to the same rules and regulations as regular tobacco products.

This would include bans on sales to minors, tougher regulation of ecigarette advertising and a ban on flavourings. In June, the largest study ever conducted on ecigarette use in Europe, which was published in the Journal of Tobacco Studies, found no gateway relationship between ecigarettes and regular tobacco products.

The group fear that children might be induced to take up vaping and soon find themselves on the slippery slope toward smoking ecigarettes. The Food and Drug Administration has already advocated laws that would ban ecigarette sales to under 18s.

However, it is not clear how much incentive youngsters have to move from less dangerous ecigarettes to regular tobacco.

Assessing a 2012 survey of 26,500 consumers across all EU member states, Harvard School of Public Health's Constantine Vardavas found the highest proportion of ecigarette users was among those who were young but also heavy smokers who were looking into quitting.

Ecigarettes were most popular among those aged between 15 and 24. However, the evidence suggested the devices were not enticing users in any age group to start smoking real cigarettes.

The AHA also argued ecigarettes should not be used for an  extended period of time. “Don’t use them indefinitely. Set a quit date for quitting conventional, e-cigarettes and everything else. We don’t think that will be the long-term or useful way to look at it because e-cigarettes may continue and fuel nicotine addiction,” said Aruni Bhatnagar, a professor of medicine at the University of Louisville.

Ecigarettes have been available in the US since 2003 and generate $2bn in annual sales.