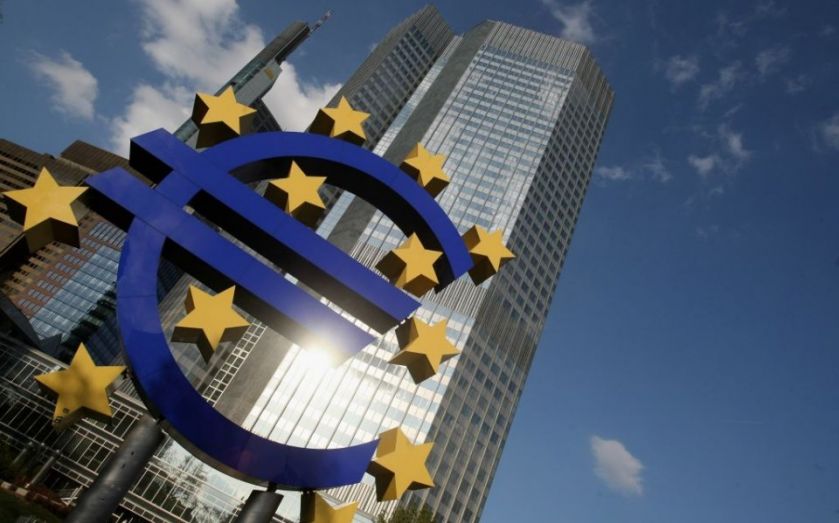 The European Central Bank (ECB) said it will launch its €1 trillion quantitative easing programme on 9 March, in a bid to ward off a deflation death spiral and kick start economic growth throughout the ailing region.

"We will on 9 March 2015 start purchasing euro-dominated public sector securities in the secondary market," ECB governor Mario Draghi said at a press conference in Cyprus today.

"We will also continue to purchase asset-backed securities and covered bonds which we started last year."

Frankfurt raised its economic growth forecast for 2015 to 1.5 per cent, which up from one per cent in December. The central bank also expects the Eurozone economy to strengthen towards 2.1 per cent growth in 2017.

The banks' economists raised forecasts on the bank of lower oil prices which will aid the economy, a boost to exports from weaker Euro, as well as the impact of recent monetary policy measures.

“The risks remain on the downside,” Draghi said, “but have diminished.”

But the ECB said inflation would remain negative in the coming months, before rising at the end of 2015. It expects inflation hit 1.8 per cent in 2017, taking it further towards the bank's target of just under two per cent.

Earlier the ECB held its main interest rate at a record low of 0.05 per cent ahead of today's press conference.