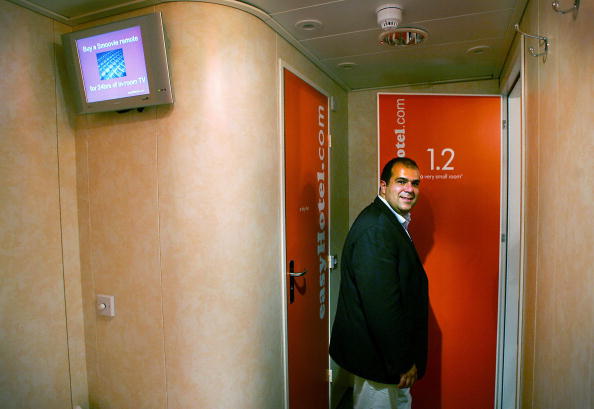 Real estate investors Ivanhoe Cambridge and Icamap have secured their takeover of Easyhotel, despite protests from founder Sir Stelios Haji-Ioannou.

The bidders, who have formed a joint venture named Citrus UK, said they hold or have received acceptances for more than 50 per cent of the company’s voting rights.

But in a statement released moments before the deal was confirmed, Haji-Ioannou, the billionaire founder behind Easygroup, accused the firms of trying to “steal the company from under the noses of other investors”.

Easyhotel has previously recommended Citrus’s bid of 95p per share, which values the hotel chain at £139m and represents a 35 per cent premium on its last closing price.

However, this view is not shared by Haji-Ioannou, who has argued the offer undervalues the firm.

The Greek-Cypriot tycoon said he has attempted to increase his stake in Easyhotel from 27.5 per cent to just under 30 per cent, but failed to find sellers at 95p.

“This is proof that the real value of an easyHotel share today is well above Icamap’s offer,” he said. “My message to my fellow shareholders is to do the same as me and reject the offer at 95p and hang on in there.”

Shares in Easyhotel ticked up marginally following the announcement. Shareholders have until 17 September to submit acceptances of the offer.