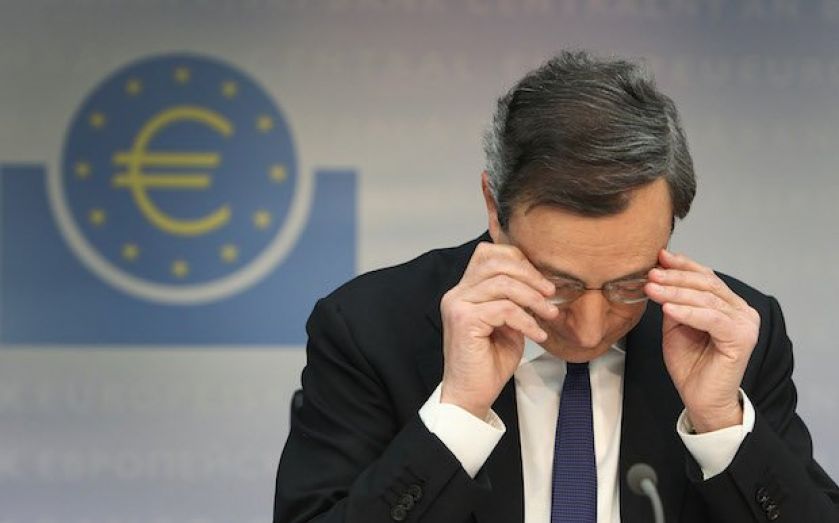 Inflation in the Eurozone has fallen by more than expected in March, to 0.5 per cent year-on-year – that’s the lowest it’s been since November 2009.

Although the number probably captured, in part, temporary factors relating to the timing of Easter this year, it's still weaker than was hoped for. Analysts had expected a reading of 0.6 per cent, from February’s 0.7 per cent.

Inflation dropped sharply last October, and has continued to dwindle. Today’s figure will increase the already significant pressure on the European Central Bank, and its president Mario Draghi, to stop talking and start invoking policy tools to improve the economic situation. They meet for a policy vote on Thursday.

Core inflation also fell to 0.8 per cent – from one per cent in February.

The central bank targets inflation of just below two per cent, expecting it to remain below that until the end of 2016.

While core inflation may rebound in April, underlying inflationary pressures will remain weak thanks to the large amount of spare economic capacity and the euro’s strength.

Accordingly, we expect headline inflation to remain around its current level this year and remain significantly below target throughout 2015 and deflation dangers clearly remain.

The research group think it's "only a matter of time" before the Governing Council will make the decision to take further policy action.