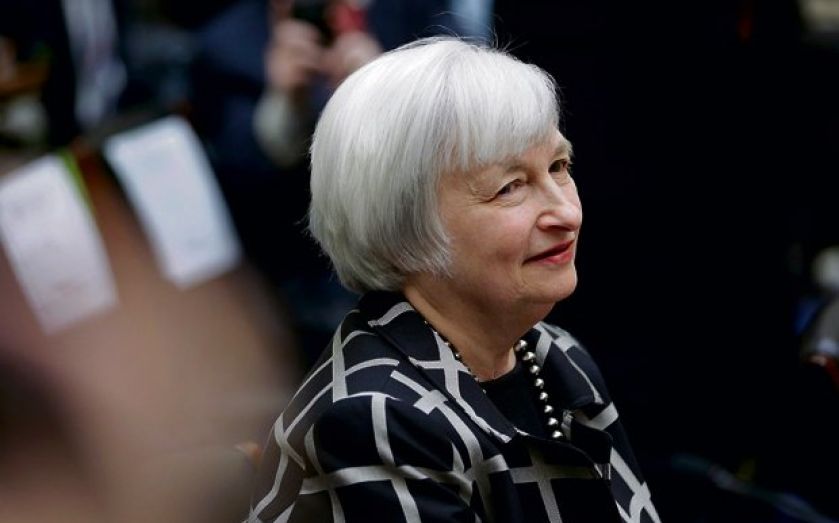 NEW FEDERAL Reserve chair Janet Yellen buoyed markets yesterday, insisting that the US jobs recovery is “far from complete” – even as the Fed tapers quantitive easing (QE) by $10bn (£6.07bn) each month.

The Fed previously said it would not consider raising interest rates until unemployment dropped below 6.5 per cent, but Yellen’s comments strongly suggest rates will be held even once the threshold is reached.

Pointing to long term unemployment and saying that part-time workers would like to work full-time, Yellen said: “These observations underscore the importance of considering more than the unemployment rate when evaluating the condition of the US labour market.”

The signal that rates would still be kept low for an extended time boosted equities, as well as giving some relief to emerging markets currencies that have suffered from US tightening in recent weeks.

Markets were also rallied by a deal in the US House of Representatives to extend federal borrowing authority and avoid another potential shutdown.

The FTSE also saw a late boost during the Fed chair’s testimony, gaining 20 points in the last half an hour of trading to finish at 6,672.66, up 1.23 per cent. Spot gold prices dropped after Yellen’s initial statement, before climbing back to just below $1,290.40 per ounce, up 0.02 per cent from the previous day.

The Turkish lira rose to $0.456 during the day, up 0.95 per cent. The South African rand also swelled against the dollar during the session, up 1.3 per cent.

During questions from the House of Representatives, Yellen said if economic data supported the “ongoing improvement in labour market conditions and inflation moving back toward its longer-run objective”, the Fed would cut purchases in “further measured steps at future meetings”.

The Fed stuck to a $10bn reduction in QE in December and January, reducing purchases from $85bn per month to $65bn, and looks set to keep on doing so. “Neither the recent drop off in the pace of employment growth nor the turmoil in emerging markets will prevent the Fed from continuing to gradually wind down its monthly asset purchases,” said Paul Ashworth of Capital Economics.

Carney is tipped to revise the terms of his flagship forward guidance policy in the Bank’s inflation report this morning.