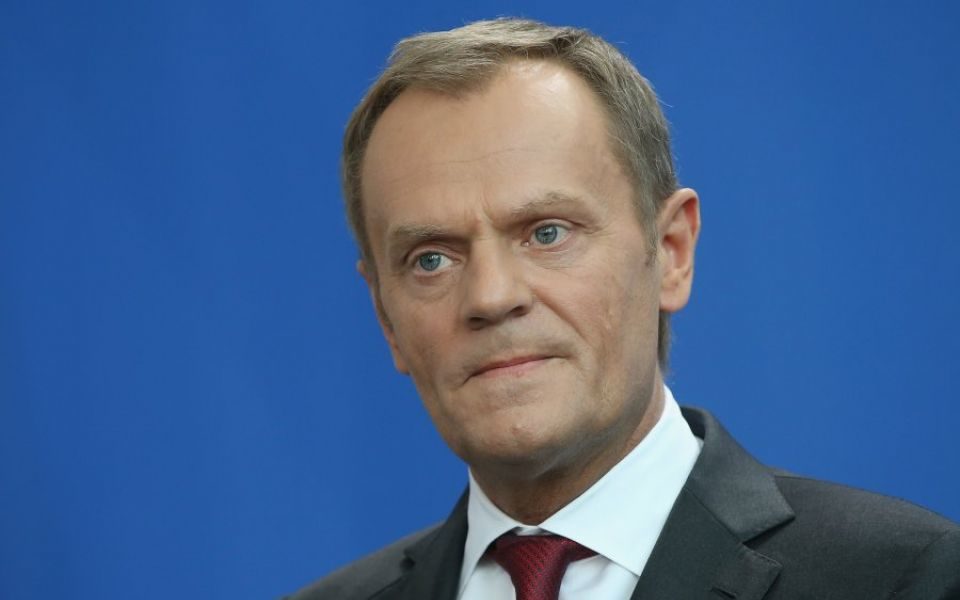 Donald Tusk has delighted the 'chuck Chequers' group of Tories by offering the UK a Canada-style free trade deal.

Speaking just days after Boris Johnson urged Theresa May to shelve her Brexit plan, the European Council president backed striking a looser arrangement with the UK.

The comments were welcomed by leading Brexiteers, with one claiming it was "job done" when it came to the negotiations.

However, the deal put forward by Tusk would see Northern Ireland stay in the EU's customs union and Single Market in order to avoid a hard border with Ireland.

Speaking in Brussels, Tusk also hit back at Jeremy Hunt's comparison of the EU to the Soviet Union.

The former Polish prime minister, who lived behind the Iron Curtain for more than 30 years, described the comments as "insulting", adding: "I know what I am talking about."

On a Brexit agreement with the UK, Tusk said: "From the very beginning, the EU offer has been not just a Canada deal, but a Canada+++ deal.

"Much further-reaching on trade, on internal security and on foreign policy cooperation.

"This is a true measure of respect and this offer remains in place.

"The EU is serious about getting the best possible deal.

"Even though we haven’t changed our minds that the consequences of Brexit will be negative, for both sides."

His support for a Canada-style deal was dubbed "a good solution for everyone" by Jacob Rees-Mogg, chairman of the European Research Group of Brexiteer Tory MPs.

"The ERG's proposals for the Irish border mean it could work for the UK as a whole," he added, a reference to a plan to carry out customs checks away from the border.

Veteran Tory MP Sir Bernard Jenkin tweeted "Hooray!" in response to Tusk's comments, but called for further movement from European leaders on how to deal with the Irish border.

"EU must concede that Irish border issue is resolvable via checks aware from border, not via backstop which threatens to divide the UK," he tweeted.

Fellow Tory MP Crispin Blunt declared: "If this offer is for the UK, job's done!"