Donald Tusk: No grounds for optimism on Brexit deal 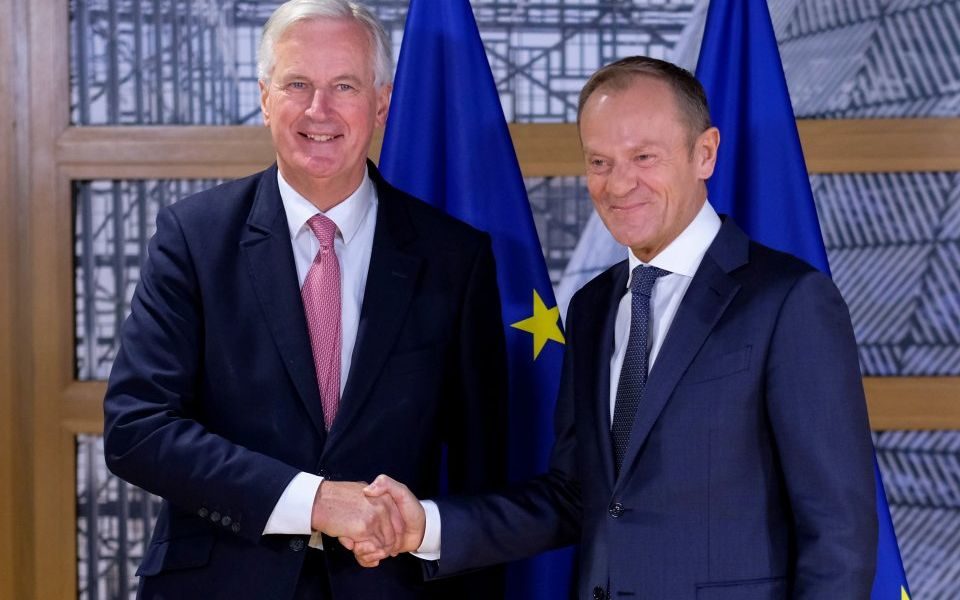 There are no grounds for optimism that a Brexit deal can be struck this week, European Council president Donald Tusk has warned just a day before a crunch summit.

Speaking on the eve of EU leaders gathering in Brussels, Tusk called on Theresa May to put forward “concrete proposals” on how to break the deadlock over the Irish backstop plan.

The European Council president claimed that a briefing from the EU’s chief negotiator Michel Barnier, together with May’s update to MPs in the Commons on Monday, “give me no grounds for optimism before tomorrow's European Council on Brexit.”

Read more: May refuses to set end date for when the UK will leave the EU customs union

EU leaders will now discuss stepping up preparations for a ‘no deal’ Brexit, Tusk added.

He heaped more pressure on May to offer compromises on the Irish backstop issue, telling reporters in Brussels: “Tomorrow, I am going to ask Prime Minister May whether she has concrete proposals on how to break the impasse. Only such proposals can determine if a breakthrough is possible.”

Tusk called for “a creative leader” to resolve the current deadlock, as he compared it to the mythical “Gordian knot” which was broken by Alexander the Great.

“The clock is ticking and I hope that tomorrow, Theresa May will present something creative enough to solve this impasse,” he added.

His comments came after May told her Cabinet to “stand together” in order to get a Brexit deal during an extended meeting of her top team.

Read more: Theresa May tells Cabinet to 'stand together' over her Brexit plan