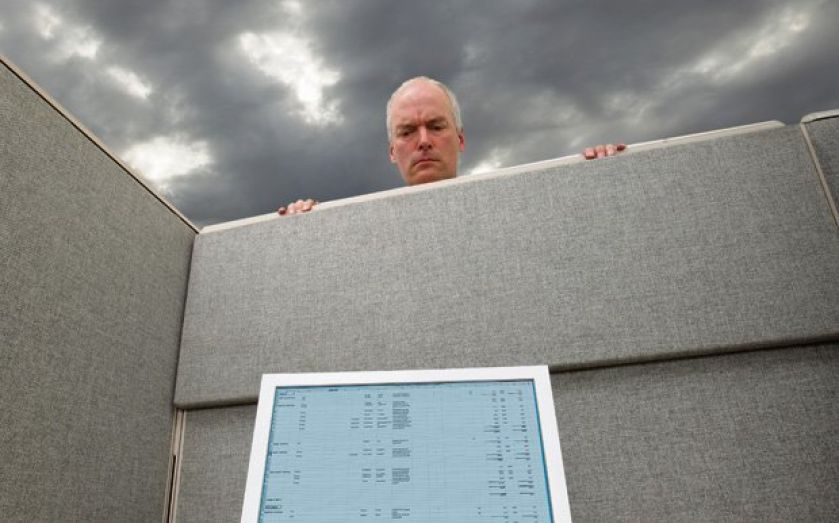 While it has shades of Big Brother, personal analytics could make your job happier and easier

SELF-KNOWLEDGE is the first step towards self-improvement for the personal analytics evangelists. If you can use wearable sensors to acquire data about yourself, and then analyse your performance over tasks, you can deploy this information to change your behaviour by increments – edging ever closer towards that ultimate goal of becoming the next Sir Chris Hoy. This is the quantified self, and the sporting example isn’t random. Although Nike is winding down the division responsible for its FuelBand wearable fitness tracker, the quantified self movement has found particular popularity among sports enthusiasts.

But it’s now gaining fresh relevance in business. In Wired last year, Daniel Enthoven of performance management firm Enkata eulogised about the potential of the quantified workplace. While noting that it has shades of Big Brother, and that employers would be wise to avoid “keystroke logging, screen recording, and spyware”, he argued that applying the principles of personal analytics, and driving action from the results, could revolutionise business productivity. “Understanding what makes more productive people better, and how to help everyone improve is a pretty obvious business objective,” he wrote.

WIRED UP
Although interest is rising, wearable sensors in the workplace aren’t all that new. As H James Wilson explains in the September 2013 edition of the Harvard Business Review (HBR), Tesco has been interested since at least 2004. It uses armbands to track the goods its distribution workers gather in its warehouses, for example, freeing them from having to mark clipboards. Because of such practices, the number of full-time employees needed to run a 40,000-square foot store fell by 18 per cent between 2007 and 2012 at the supermarket.

And while progress has so far centred on sectors like retail and call centres, the quantified workplace movement is gaining ground elsewhere. Evolv, a US company that searches for patterns from employee “data points”, has uncovered insights as obscure as how choice of internet browser affects performance (those who shun Internet Explorer miss 15 per cent fewer work days).

Sociometric Solutions, meanwhile, uses badge sensors to identify and solve organisational problems – working out, for example, how the physical layout of an office affects how teams interact. Writing in the HBR in 2012 about his work with one company, Sociometric’s Sandy Pentland noted that, by analysing sensor data, his researchers discovered that the best predictors of a team’s productivity were energy and engagement outside formal meetings. This explained “one third of the variations in dollar productivity among groups”, and drove him to recommend that coffee breaks be scheduled so that everyone in the team downed tools together.

PRIVACY EROSION
For employees, the benefits may be less obvious. The quantified self is empowering, but some fear that the quantified workplace risks our very independence. Wilson highlighted concerns among Tesco workers that personal analytics could only capture the quantity of work, not its quality. Babson professor Jay Rao has suggested that the benefits may be limited in more creative careers. “Innovation is knowledge work. Unfortunately, knowledge work cannot be treated or captured the way we work with manual work,” he told fastcompany.com.

But we probably shouldn’t worry too much – the aim is not simply to weed out poor performers, or to catch you out when you’re distracted. It could make your work life easier, happier and more efficient. Take Ubisoft’s development of a finger sensor that measures stress levels. Managers didn’t see the data and, over the test period, recorded stress levels for one group fell by 50 per cent. Equally, real-time information about how your behaviour in the office affects your colleagues could give you that necessary nudge to change your ways, months before your annual review forces a tardy rethink.

Basecamp is an online project management and collaboration tool for groups ranging from freelancers, SMEs to multinationals. Users can create to-do lists, share files with co-workers and clients, and use message boards to comment on progress or on a project. Since launch, it has helped close to 300,000 businesses finish over 2m projects.