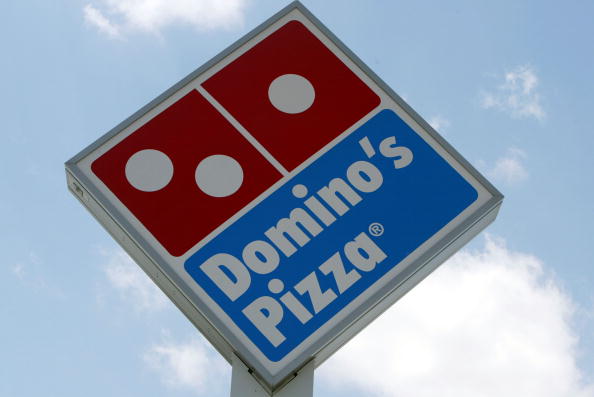 A Rennie is a long-held cure for indigestion. Domino’s Pizza Group’s franchisees, who have been complaining that they have had as much as they can swallow of boss David Wild, should, then, welcome the fact that a Rennie is exactly what they’re in line to get.

Having acknowledged in March that searches were underway for a new chairman, chief and senior independent director, it looks as though Wild will be the first to depart.

His successor is likely to be Andrew Rennie, who runs the mainland European parts of Domino’s Pizza Enterprises, covering markets such as Belgium and France.

Rennie’s appointment is still a few weeks off, according to insiders, but it seems logical that someone who understands the Domino’s network should be the favoured choice to address the simmering row between the London-listed company’s board and franchisees. Much of the enmity stems from issues which are superficial – addressing concerns, for example, about how the company spends the advertising pounds contributed by franchise-holders.

Rennie will bring a fresh pair of eyes to these issues but would also underline the truism that a change is as good as a rest.

That principle also applies to much of the rest of its board. If Domino’s served pizzas that were as stale as many of its directors, it would be out of business very quickly.

Theresa May pledged on her first day as Prime Minister to work “not for a privileged few but for every one of us”, so it’s fitting that as her disastrous tenure draws to a close, one of her final acts in Downing Street may fit the narrative of what has gone before – handing a peerage to a Conservative donor.

Step forward Simon Blagden, the former boss of Fujitsu UK and a prolific appointee to government boards.n Blagden, as I reported earlier this week, is being lined up as Baroness Fairhead’s successor as trade minister. It’s not a done deal yet, but well-placed sources tell me his name has been going through the required approval processes before he can be handed his peerage.

Leaving aside the fact that a private company set up by Blagden has donated more than £200,000 to the Tories since 2005, there’s the valid question of whether he’s remotely qualified for the job. Many of the senior businesspeople I sounded out this week said they had never heard of him.

Then there’s the issue of timing: May’s successor surely won’t be bounced into filling any ministerial roles with her preferences. The history of this post, littered with grand names from corporate Britain who depart after little more than 18 months, fails to inspire confidence.

Appointing another in the dying days of her premiership would make little sense – but would reflect the mess May is leaving behind.

Changing shopping habits, pressure from regulators and jealousy of “people who can write a cheque”: Sir Philip Green argues vehemently that he has been treated unfairly as he contends with the restructuring of his Arcadia Group.

Nevertheless, the high street tycoon has developed an unerring tendency to shoot himself in the foot. His remark in the wake of winning a vote to approve a company voluntary arrangement (CVA) that Arcadia “never came close to collapse” may come back to haunt him.

Sir Philip appears to have forgotten the 28-day challenge period that allows creditors to lodge objections to the plan’s implementation.

Despite the CVA’s adroit handling by Deloitte, some must be tempted to do so.

For one thing, the Topshop owner is hardly a beneficiary of goodwill, with photographs of his super-yachts continuing to fill vacant newsprint and airtime.

His comment about Arcadia not being on the brink also ignores what was there in black and white in the CVA proposals: that without approval, the retail group was “highly likely” to enter administration.

Indeed, insolvency practitioners were on standby to be appointed within hours of the vote.

The fact that the ballot had to be adjourned for a week – and sweetened with nearly £30m of his family’s money – has also been (in)conveniently erased from the tycoon’s memory.

The likeliest party to mount a challenge would be Intu Properties, the Trafford Centre-owner, which voted against the proposals. It declared itself “disappointed” with the outcome (a strange choice of word for a vote which appeared to have just salvaged close to 18,000 jobs), although it also pledged to work closely with the company.

But even if Intu does not, other creditors might be tempted to challenge the man who remains the high street’s most pugilistic force.

Green peace? Don’t count on it yet.