Looking for a happy life in London? Move to Newham, Hounslow or Harrow.

The three boroughs, along with Merton and Sutton, are home to the happiest people in the capital, according to the latest research into the nation's well-being.

If you call Islington or Greenwich home, then you’re among the least happy, as are residents of Hackney, Camden and Lewisham. 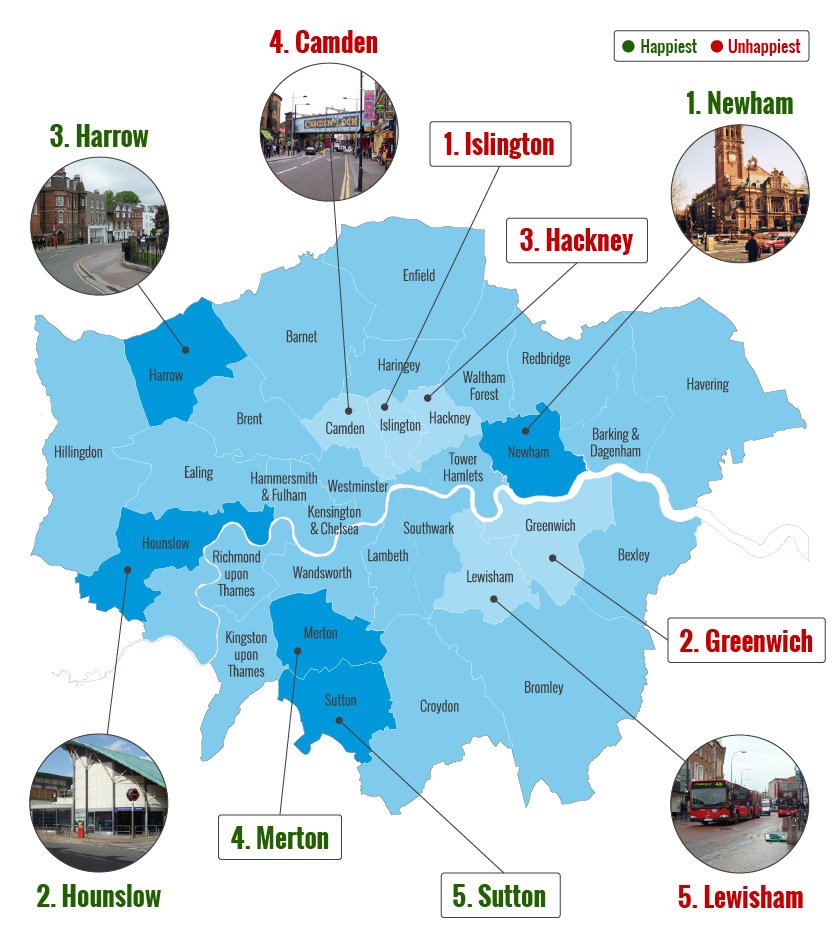 Londoners are among the least happy in the country, though we’re not quite as unhappy as those in the north east, which ranked at the bottom of all UK regions, according to the Office of National Statistics’ latest figures.

Our happiness over the years has improved, however. In 2012, when the ONS first started assessing our well-being, we rated it at 7.2 out of 10. That now stands at 7.4.

Newham and Harrow are also home to the least anxious Londoners, the research found, as is Brent, Barnet and Enfield.

Meanwhile Londoners who feel the most stressed out reside in Greenwich and Westminster. Those who call Hackney, Richmond and Merton home are also more anxious than those in other boroughs.

The capital’s levels of stress have also fallen over the years, down from 3.4 three years ago, to three in 2015. 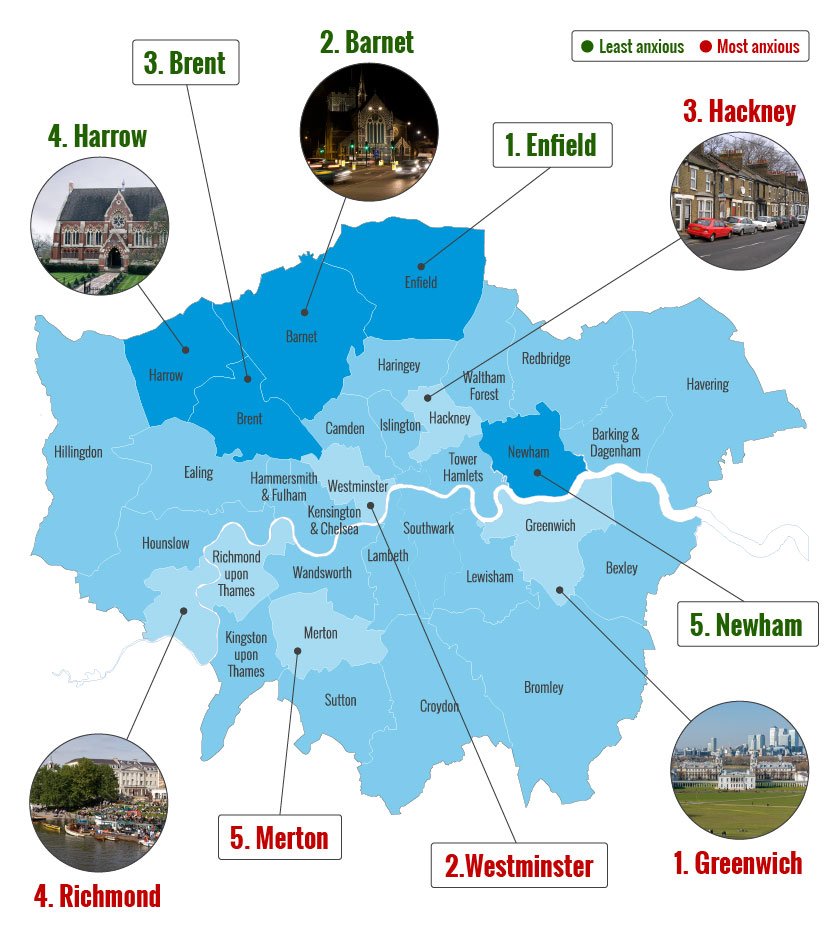