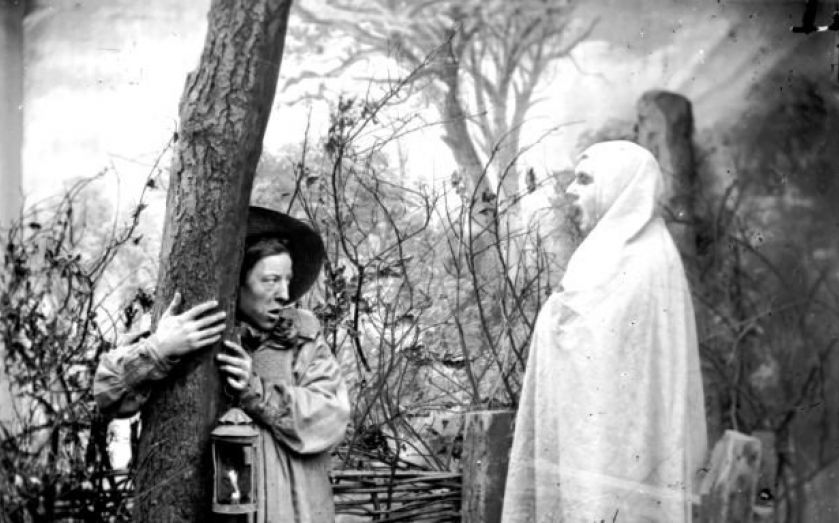 If you think there's a ghost haunting your house, it's almost certainly a figment of your imagination.
For the first time, scientists in Switzerland have worked out what causes us to feel a “ghost-like” presence, and it's all to do with the regions of the brain responsible for self-awareness and perception of location.
When you think there's a strange presence nearby, it's actually because your brain is miscalculating your body's position and thinks it must be the body of someone else.
"Our brain possesses several representations of our body in space,” said Dr Guilio Rognini, one of the lead researchers in the study.
"Under normal conditions, it is able to assemble a unified self-perception of the self from these representations. But when the system malfunctions because of disease – or, in this case, a robot – this can sometimes create a second representation of one's own body, which is no longer perceived as 'me' but as someone else, a 'presence'."
This means that some people are much more prone to feeling ghostly presences than others, since their brains are less capable of accurately determining spatial location. It is common among those with neurological disorders, and also among people in extreme conditions such as mountaineers and explorers.
The researchers made the discovery by creating the illusion of a ghost in a lab, and seeing how volunteers reacted to it by scanning their brains. The volunteers were blindfolded and had to operate a robot's movements using their hands. Meanwhile, a second robot traced exactly the same movements on the volunteers' backs. 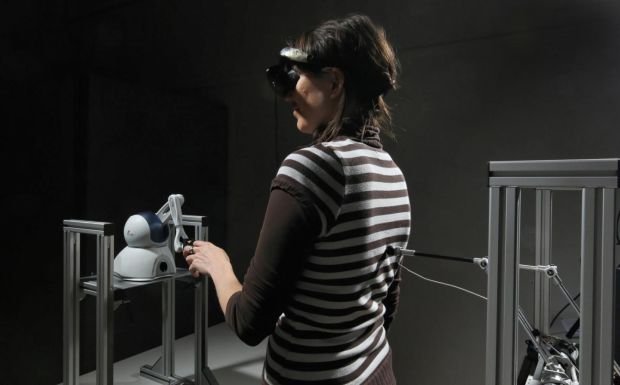 The volunteers had to manipulate the robot using their hands (Source: Alain Herzog/EPFL)

When the movements of the two robots matched in terms of timing, the volunteers did not report feeling anything unusual. But when there was a slight mismatch, one in three of the volunteers reported feeling a ghostly presence in the room.
In some cases, as many as four apparitions were felt and the volunteers had to ask for the experiment to stop because they found the sensation too strange.
When they looked at which individuals reported feeling a ghost, the researchers discovered that they tended to have some kind of damage in the parts of the brain associated with self-awareness, movement and the body's position in space.
This confirmed to them that the supernatural sensation was indeed the result of inaccurate spatial awareness. Details are published in the journal Current Biology.