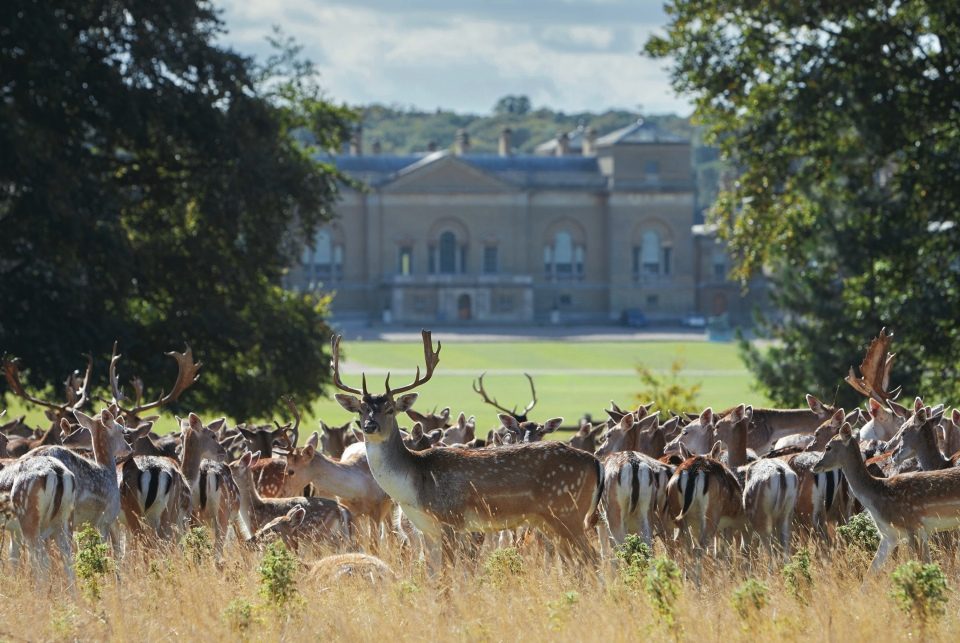 Some of Great Britain’s best spots are best explored without the disappointment often caused by the UK rail network. But what if you’re one of the thousands of car-less Londoners who yearn for a road-trip but shudder at the thought of queuing at an airport car hire kiosk for an hour just to be handed the keys to an old Fiat Picanto?

Fret no more. This weekend, we’re trialling a new service from The Out, an app offering an on-demand fleet of Land Rover Discovery Sports, Range Rover Sports, Range Rover Velar and Jaguar I-Paces to discerning renters. The concierge delivered mine to City A.M. Towers and after a quick run through of all the high-tech specs of the new Discovery Sport (I am new to the world of keyless starts, backing cams and steering wheel warmers) we’re off. Our destination? The sandy shores of North Norfolk, specifically the Victoria Inn on the Holkham estate owned by the Earl of Leicester, the right mix of posh countryside and rugged seaside.

Getting there with The Out

The seven-seater Discovery Sport was a tight squeeze down Norfolk’s quaint country lanes whenever Google Maps thought it had the fastest route. However young families or friends on a road trip would be well-suited. Diesel-powered yet still packing a tonne of oomph when you need it and enough bells and whistles to make you feel sufficiently technologically dated.

Read more: At Polo Valley, a converted farm house in Sotogrande, you can try your hand at one of the oldest team sports in the world

The stay at the Victoria Inn

The Victoria Inn was built in 1837 and is roadside in the blink-and-you’ll-miss-it village of Holkham, which itself is equidistant from the grand Holkham Hall and the vast sand dunes of Holkham beach. It’s a near-perfect country escape, with the beach close by if the faint hope of an English summer ever transpired. Keeping the genteel English theme, there’s a drawing room to read or play board games when the fickle British weather is true-to-form. It also offers after-dinner tipples port, brandy and whisky on a pour-your-own basis. Great to get guests mingling, but potentially dangerous for your early morning run plans.

Predominantly Brits from the South and East of England, although one characteristically loud New Yorker exclaimed North Norfolk is in her “top three global destinations” alongside Montana and New Zealand, in case you were wondering (we weren’t). Gwyneth Paltrow is also a fan, having shot the final scenes of Shakespeare in Love on Holkham Beach’s shore.

Dining at the Victoria Inn

Unpretentious British grub is done very well at the Victoria Inn, using as much produce from the Holkham farms as possible. The cut of the day comes from the herds of South Devon crosses that graze the mashes across the road from the restaurant.  The Full English is homemade beef sausages, black pudding and smoked bacon is locally sourced and a vegan’s nightmare. More please.

Visiting Holkham Hall, the palatial family home of the Earl of Leicester, a short walk up the road. The sprawling estate has cycling tracks, a deer park and bountiful walled garden which was in full bloom when we called in. Kids will enjoy the Farm to Fork experience, an interactive, high-tech exhibition explaining the story of farming and conservation in the estate.

Buckle back in to the Discovery Sport and drive 45 minutes along the coast to the seaside town of Cromer. It’s all beach huts, ice cream shops and pier amusements here but the standout star is crab. Locally hauled crustaceans seem to fill every third shop window, but the best we found were served at Hot Rocks in the main village.

The Out app is available for download on iOS and offers vehicle drop-off and collection to any address in London zones 1-5 and Gatwick and Heathrow airports with a Land Rover Discovery Sport available from £148* per day (based on a three day rental). The Victoria Inn at Holkham has rooms from £130 per night on a B&B basis, visit holkham.co.uk