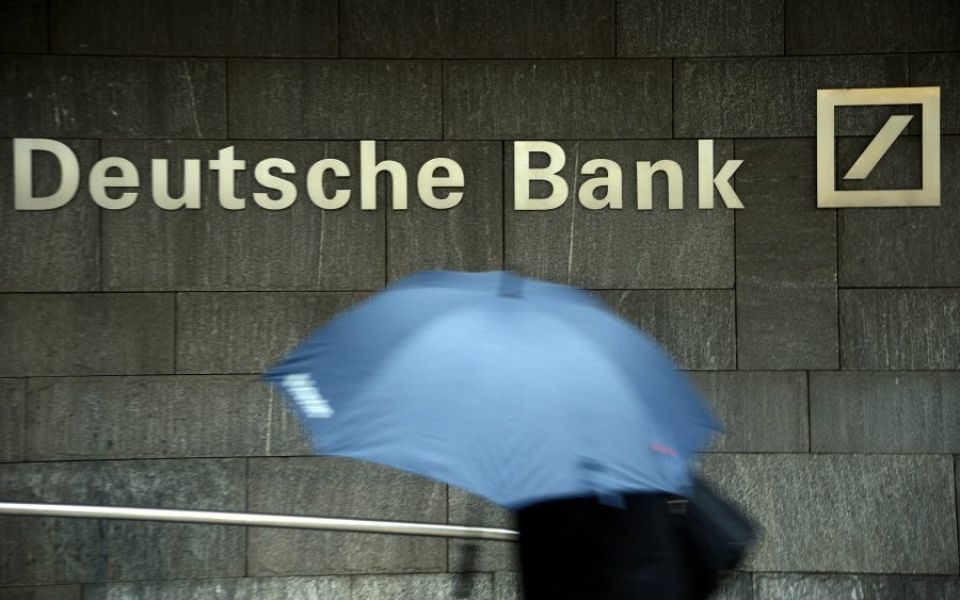 The bank said it expected revenue to be flat this year as it reported that revenue in the first quarter was down nine per cent year-on-year to €6.4bn.

Deutsche Bank revealed yesterday that it had abandoned talks with Commerzbank over a potential merger, which would have created the Eurozone’s second largest lender, as there were too many risks attached to the deal.

The bank said the merger did not offer enough benefits to the the offset risks, restructuring costs and capital requirements attached to the deal.

The German Government, which owns a 15 per cent stake in Deutsche Bank, had backed the deal to create a national banking champion after becoming concerned over the health of both institutions.

Michael Hewson, chief market analyst at CMC Markets, said the bank is “fighting a losing battle to turn itself around”.

“Quite simply the problems facing Deutsche are still too large to make it a compelling takeover partner, let alone a merger partner,” he said.

“We know this only too well from Lloyds Banking Group and the poison pill it was forced to swallow in the form of Halifax Bank of Scotland a decade ago.

“Deutsche’s problems are not new, we know this from the huge loss that was reported in 2016, yet the bank hasn’t been decisive enough or ruthless enough in dealing with its problems.”