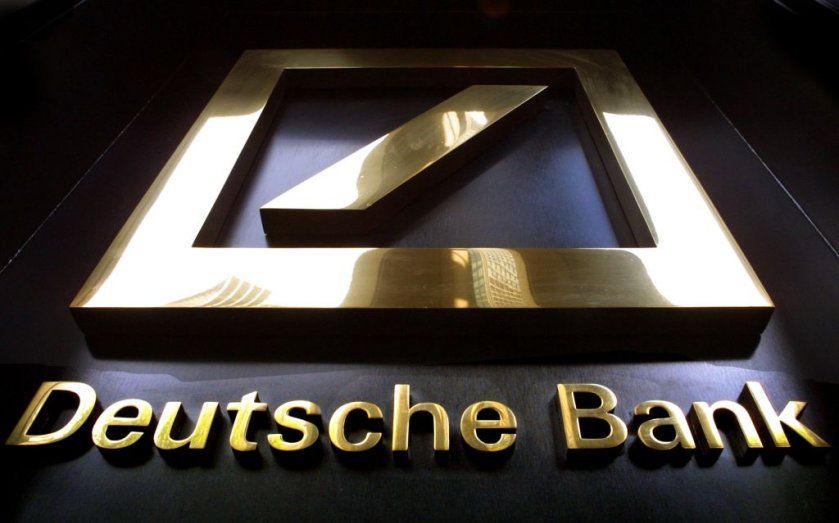 Deutsche Bank has been slapped with a multi-billion pound fine by regulators, including the largest ever handed out by UK authorities, over Libor and Euribor rate-fixing.

Germany's biggest lender has been fined £227m by the Financial Conduct Authority (FCA) over Libor and Euribor misconduct and for "misleading" the regulator during its investigation.

Three regulators in the US have slapped the bank with an even larger fine of $2.175bn (£1.4bn), bringing the total penalty to more than £1.6bn, the largest total fine handed out to any financial institution over the scandal.

Bracing for the settlement of the dispute, the more than €1.5bn (£1.1bn) it said yesterday it had set aside to cover the costs of Libor litigation falls short by half-a-billion pounds.

Between 2005 and December 2010, trading desks at Deutsche Bank manipulated its rate submissions across all major currencies, the FCA found. Some 29 individuals at the bank, including managers, traders and submitters in London, Frankfurt, Tokyo and New York were involved.

This case stands out for the seriousness and duration of the breaches by Deutsche Bank – something reflected in the size of today’s fine. One division at Deutsche Bank had a culture of generating profits without proper regard to the integrity of the market. This wasn't limited to a few individuals but, on certain desks, it appeared deeply ingrained.

Deutsche Bank’s failings were compounded by them repeatedly misleading us.  The bank took far too long to produce vital documents and it moved far too slowly to fix relevant systems and controls.

This case shows how seriously we view a failure to cooperate with our investigations and our determination to take action against firms where we see wrongdoing.

Major failings in Deutsche Bank's systems and controls resulted in the bank taking over two years to identify and produce recordings of trader's phone calls. In one instance, the bank in error destroyed 482 tapes, just one example of it hampering the investigation by failing to provide timely, accurate and complete information. The FCA added:

Deutsche Bank did not have any systems and controls specific to IBOR and did not put them in place even after being put on notice that there was a risk of misconduct. What is more, Deutsche Bank had defective systems to support the audit and investigation of misconduct by traders. For example, the Bank’s systems for identifying and recording traders’ telephone calls and for tracing trading books to individual traders were inadequate.

The bank gave misleading information about a report by German regulators, failing to disclose it to the FCA and claiming it had been prevented from sharing it by BaFin – "this was untrue", the FCA said. Deutsche Bank also provided false information, saying its Libor systems and controls were adequate.

Despite the complications in the investigation, the bank settled at an early stage, avoiding an even larger fine of £324m.

In the US the fines were levied by the US Department of Justice (DOJ), Commodity Futures Trading Commission (CFTC) and New York Department of Financial Services (NYSDFS). It's the first time the NYSDFS has been involved in any Libor settlements.

The NYSDFS said "numerous" Deutsche Bank employees have already been sacked, disciplined or are no longer working at the bank over their involvement in the scandal.

Another seven remain at the bank, however – in London, one managing director, four directors and one vice president remain, as well as one based in Frankfurt – and the bank has been told by the regulator to "take all steps necessary" to terminate their contracts.

Deutsche Bank employees engaged in a widespread effort to manipulate benchmark interest rates for financial gain. While a number of the employees involved in misconduct have already left the bank, those that remain are being terminated or banned from the New York banking system. We must remember that markets do not just manipulate themselves: It takes deliberate wrongdoing by individuals.

We deeply regret this matter but are pleased to have resolved it. The bank accepts the findings of the regulators.

We have disciplined or dismissed individuals involved in the trader misconduct; have substantially strengthened our control teams, procedures and record-keeping and are conducting a thorough review of the Bank’s actions in addressing this matter.

This agreement marks another step in addressing the past and ensuring that the Bank earns back the trust of its clients, shareholders and society at large.