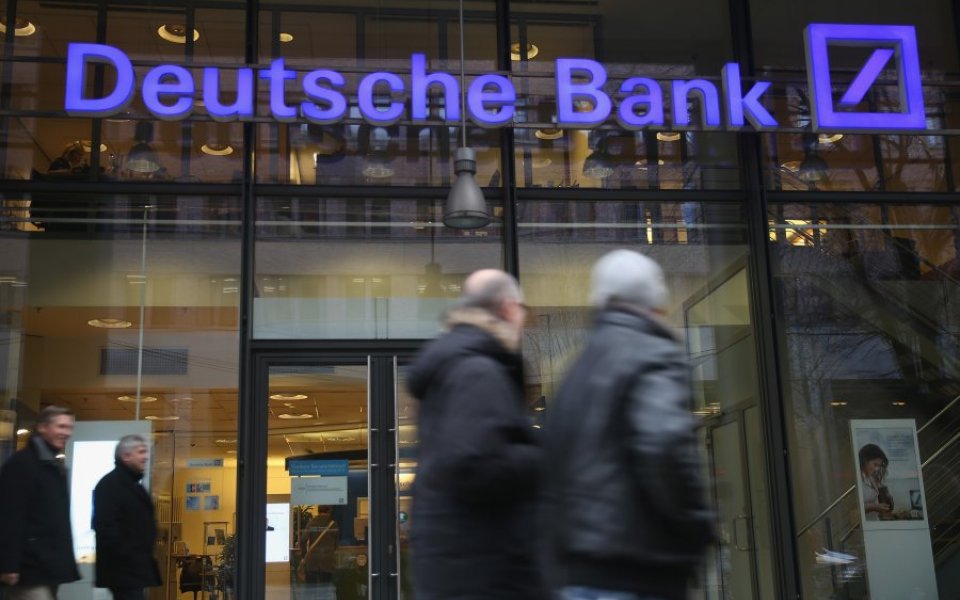 Deutsche Bank is cutting 75 jobs from its fixed income division, split between London and New York.

Staff are being notified today, according to reports.

"We are restructuring our FIC business to make it more suited to future market demand," said a spokesperson for Deutsche Bank.

The cuts will affect less than two per cent of the sales and trading workforce.

It's been a tough year for fixed-income traders, who deal with products such as bonds. The sector tends to fare better during economic downturns, so has struggled as investors move back towards equities.

Morgan Stanley has slashed a quarter of its fixed-income staff, while in January, Goldman Sachs said it would be making adjustments to that part of the business.

Today's job cuts are just the latest bad news to blight Deutsche Bank. Last month it unveiled an annual loss of £5.1bn – its first loss since 2008.

The German lender, which is currently going through a restructuring plan, had to reassure investors earlier this month that it would be able to pay an upcoming debt payment.

However, this did not stop Deutsche's share price slumping below its 2009 low.