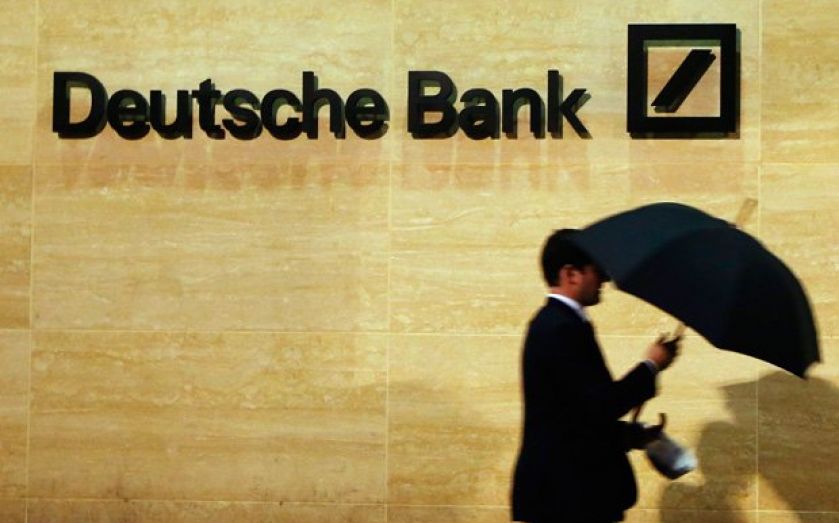 DEUTSCHE Bank has suspended several traders in the Americas, while Citi’s offices in Canary Wharf were yesterday visited by US enforcement officers.

The probes are part of wider investigations into the foreign exchange markets – regulators believe traders may have attempted to fiddle some benchmarks.

The Deutsche Bank staff are thought to have been based in their New York office and been working in Argentinian pesos, among other currencies.

Meanwhile investigators were at work in Citi’s office.

The officials came from the Federal Reserve and the Office of the Comptroller of the Currency.

Reuters reported the investigation is in its preliminary stages.

The investigations come after a string of market fixing allegations at banks, led by the Libor case in which traders from several banks have been accused of trying to manipulate key interbank interest rates.