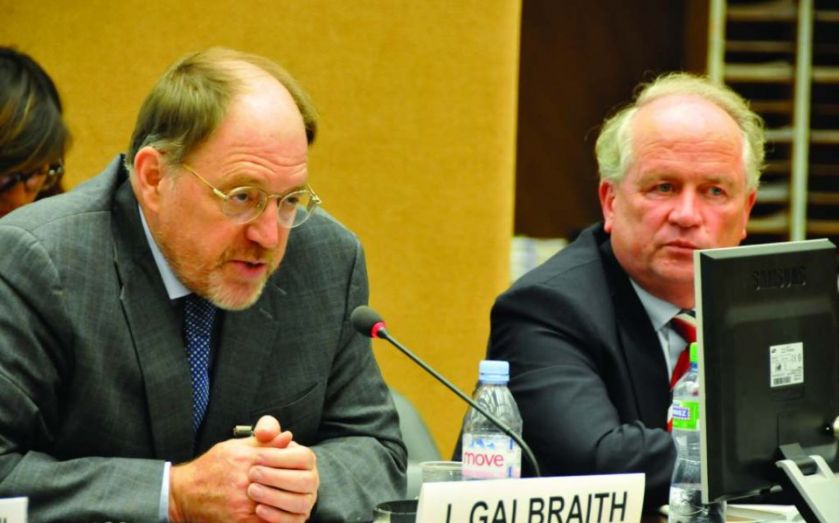 The latest Greek bailout deal is destined for failure, an economist who helped engineer the cash-strapped country’s controversial currency crisis plan has warned. Negotiations on Greece’s third bailout plan – which would grant the country up to €86bn (£60.4bn) – have been ongoing since last week. “Nobody wants this deal,” Professor James Galbraith told City A.M. The International Monetary Fund has said it wants major Greek debt restructuring before agreeing to lend more, he explained. But German finance minister Wolfgang Schaeuble, who is believed to be influential among Eurozone finance ministers, says a debt write-off is only possible if Greece leaves the Eurozone. Otherwise it breaches the so-called “no-bailout clause” in the Lisbon Treaty. “What Syriza tried to do, which I thought was very honourable, was try to negotiate a better deal within the euro,” Galbraith said. Galbraith has spent most of the time since February lecturing at the University of Texas at Austin. Little did his students know he was busy working on secret contingency plans involving a second currency should Greece face financial meltdown. Greek banks were, and still are, dependent on emergency lending granted by the Eurozone, but this was at risk of being cut if Athens could not strike a new deal on its debt, most of which it owed to Eurozone members. He was invited to work on the plan by then finance minister Yanis Varoufakis, whom he met in 2011. “We were asked to look into the problems and challenges that could be faced. Questions of liquidity, payments systems, transitions,” he said. He spent several days in Athens during the early months of Syriza’s leadership as well as most of June. The plans, which were drawn up together with a small clandestine group, would essentially allow Greeks to use government debt that they owned to pay taxes. Greek government debt may then begin to circulate like a currency, easing the country’s liquidity crisis. It would use current payments systems already in use by the finance ministry. The plan was never put into action. Galbraith denied that there was any “hacking” element to the plans. “We were entirely reasonable, the whole thing was precautionary,” he said. However, he was not surprised by the strong reaction to the plans when they were fully made public last week, saying the political climate in Greece is “not exactly tea and crumpets”. Most of the plan was already made public weeks ago with little media attention, he added.