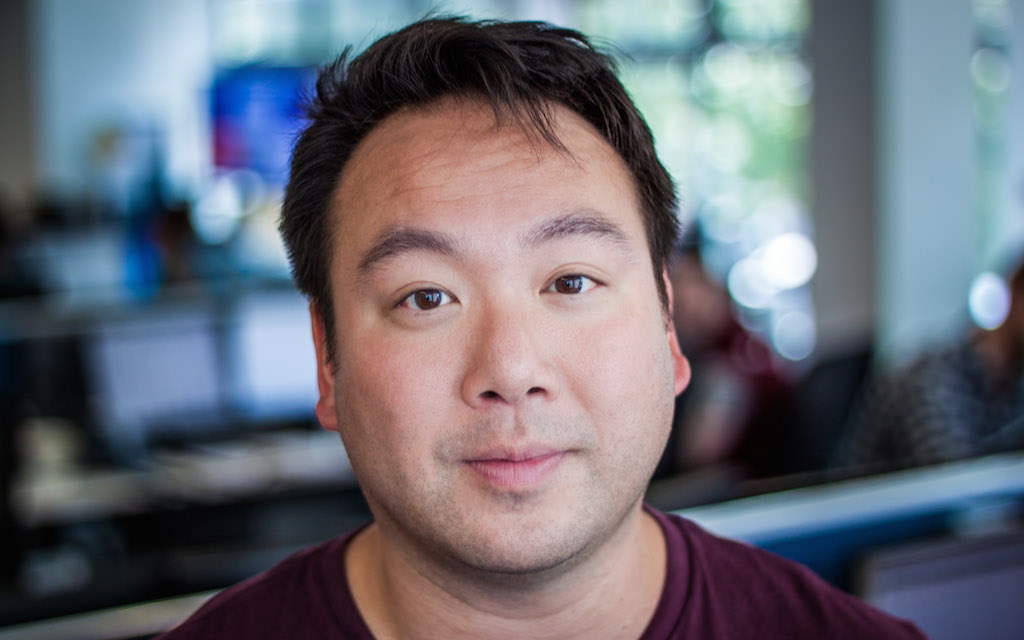 By the time Will Shu, co-founder of Deliveroo, launched his company, he knew acutely what problem he was trying to solve.

The former investment banker grew up in Connecticut, went to college in Chicago and then went straight to work for Morgan Stanley in New York. “This was 2001, and things were very different then. The stuff we got to work on was often so interesting – massive IPOs and M&A deals. Obviously we’d be there in the evenings, and we got a $25 dinner stipend. Often, we’d order stuff in.”

While in the States, this system worked well for Shu. But in 2004 he was transferred to the Canary Wharf office. “The first thing I noticed was that I couldn’t get anything decent delivered from restaurants I recognised. The likes of JustEat were on the scene, but delivering run-of-the-mill stuff. I could go to Waitrose or get buffalo wings from Chillies, but that was it. That’s when I first thought of the idea of Deliveroo.”

The problem was that being a middleman between restaurants (who want to offer a takeaway option) and customers (who want to eat at home), and having a network of couriers who can pick up and deliver the food, required smartphone technology. “It was 2008 and I’d moved to a hedge fund. I’d also started talking to my childhood friend Greg Orlowski about building a business – but it was still too early.”

Deliveroo was launched in 2013, the year after Shu graduated from business school. With that experience under his belt, and with programmer Orlowski by his side, he set about building a company. “Tablets were affordable by then, and we knew we could work with restaurants that didn’t deliver, and get food to the customer very quickly.” Shu set up in London for personal reasons, but also knew from his own experience that there would be significant demand.

Deliveroo makes money by taking a commission from the restaurants it delivers for, and a user fee from customers. Order from the likes of Wagamama, Gourmet Burger Kitchen or Ping Pong via Deliveroo and it’ll get it to you in an average of 32 minutes.

If you haven’t used the service, you’ve probably seen Deliveroo riders on bikes, scooters or just trundling along with a big Deliveroo backpack on, and the firm now operates in 12 countries, from Belgium to Dubai, with 31 UK cities covered and 62 worldwide. In London alone, there are over 1,500 riders – known and Roomen and women.

One of the interesting things about expansion, says Shu, has been the range of logistical questions thrown up – “in the Middle East, for example, restaurants are in malls rather than street-side”. And different cities have taught him different lessons. “Paris taught us how to build a real cycling community.” Within London, there are illuminating borough differences. “Shoreditch order values are lower than in Clapham. That’s because there are a lot of international students and singles in Shoreditch, whereas in Clapham, it’s families.”

Shu also works hard to make sure he’s got the right incentives for Roomen and women – many of whom are students working part-time – with a “wide range” of different pay structures. “We’re still working out the most efficient way of doing it, and how they can make the most from working for Deliveroo.” At the moment, the most common structure is an hourly wage plus a per drop fee – “but it’s all about finding what motivates people the most”.

In the early days, Shu himself worked tirelessly as a rider – and he still does it on a Sunday. “I was on a scooter for 10 months, so I know a lot of the original Roomen and women well, and I’ve got a good sense of the kind of requirements they have. Many now, for instance, do the job because they want to keep fit. We offer a subsidised gym membership, but plenty say the role is like being paid to work-out anyway!”

One day, Shu was delivering a pizza in Knightsbridge. “I knocked on the door, and it was opened by an Italian that I worked with at the hedge fund. I’d lost touch with a few of the guys, and he just looked at me and said, ‘Will, is that you? What are you doing?’ I told him I was a delivery guy, and he said, ‘give me a call and we can talk things through’.”

Shu didn’t, nor did he let on that he was running his own successful company. “I didn’t have time to stop – I had deliveries to make!” It’s not uncommon for riders to get invited in to people’s houses, Shu adds – it’s happened a number of times to him. He puts this down to a “more the merrier” mindset at parties, and people ordering regularly and feeling they know their delivery person.

This points to Shu’s vision for the business. “There are two things I think about most: retention and frequency of use. I’m of the belief that this is a mainstream product. That means we need to expand further, get people using Deliveroo more and get prices down over time.” I ask whether he’s considered verticals other than tech – after all, he’s running a hi-tech courier service. “I think about all different types of things. But the focus is food – I don’t think there’s a more attractive area to operate in at the moment.” Investors plainly think so too – Deliveroo raised $195m last year alone.

Moreover, Shu is attracting others to his business. “I’ve given a few presentations at banks, and I’ve had VPs come up to me afterwards and say, ‘can I get a job at Deliveroo?’ It’s a huge paradigm shift. When I left college, everyone wanted to get a job at an investment bank. But this is a different world. 9/11 happened; ‘08 happened. We do hire a lot of bankers and consultants and they’re fantastic employees, but not everyone wants that anymore.”

Unlike many higher flyers turned entrepreneurs, Shu doesn’t advocate seeing your startup as a Saturday project – if you’ve got an idea, you need to go for it. “Guys from finance are taught to hedge themselves – ‘I’ll work at Goldman, do my startup on the weekend or advise a couple of good ones and see if I can get in on that’ – but it’s important to be irrational, actually. Unless you give it 100 per cent, it’s very hard to succeed. You have to have a level of irrationality of belief – that’s what really drives you forward.”