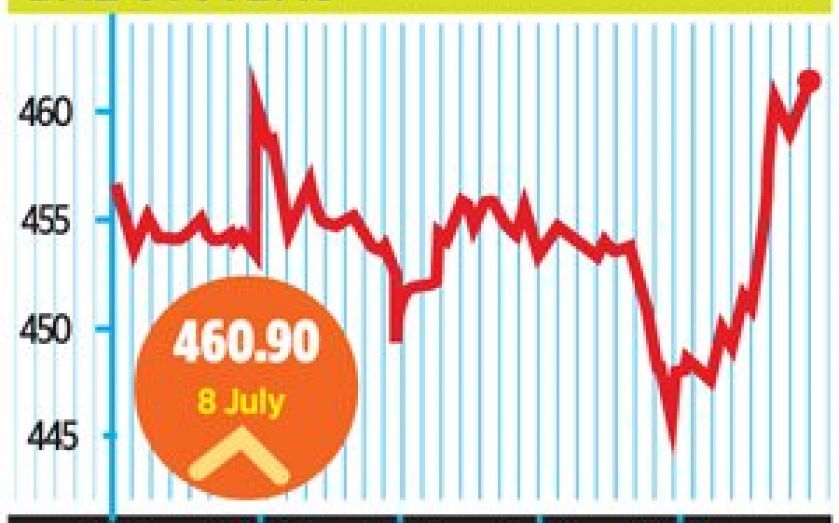 DEFENCE stocks were given ammunition yesterday after the government said it would meet the NATO pledge to spend two per cent of national income on the sector every year of this decade.

FTSE 100-quoted BAE Systems saw its share price fire up around 3.5 per cent, while Meggitt shot up more than one per cent and Cobham climbed more than 1.5 per cent.

Britain has reduced defence spending by about eight per cent since 2010 to help cut the budget deficit but has been under pressure from its close military ally the US and some senior political figures in the UK to commit to the NATO target.

“The Prime Minister and I are not prepared to see the threats we face to both our country and our values go unchallenged,” said chancellor George Osborne yesterday.

The Ministry of Defence’s budget will rise by 0.5 per cent above inflation each year to 2020-21 and an additional £1.5bn a year will also be available by the end of the decade to fund increased spending on the military and intelligence agencies.

Defence companies have suffered in recent years due to government budget cuts on both sides of the Atlantic, but a rise in terror threats and geopolitical risk have brought the sector to the forefront again.