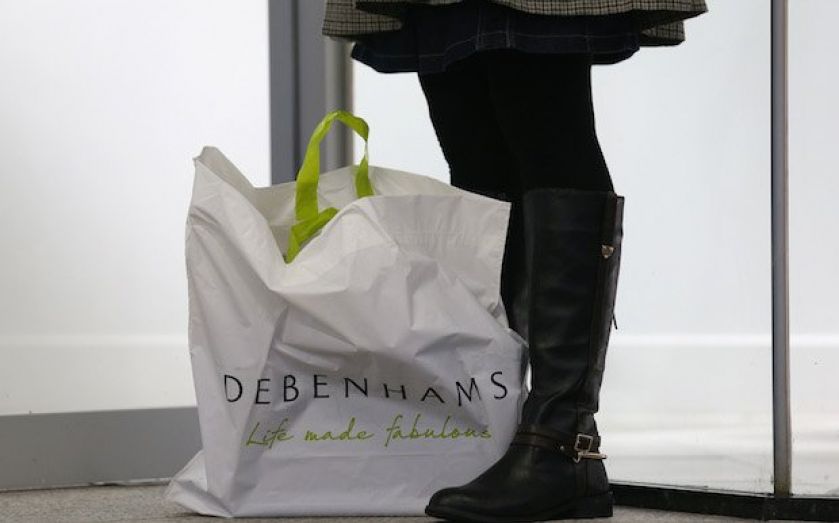 The drop is in line with expectations, the high street store stressed, but shows the still challenging and competitive environment, particularly in the UK, with which it’s having to cope.

Debenhams issued a shock profit warning on new year’s eve, and has been struggling to keep pace with rivals who have also been using heavy discounting as a way to bring in shoppers.

Like-for-like sales rose 1.5 per cent in the period.

First, clothing sales were below expectations, largely as a result of sales targets based on a strong performance last year, exacerbated by a weaker market in September and October.

Secondly, the promotional environment was more intense than last year, particularly in December, which diluted the impact of our promotions.

Thirdly, convenience became a much more important driver of customer behaviour in the crucial pre-Christmas period than in previous years.  This favoured retailers with better developed multi-channel models than Debenhams.

Michael Sharp, chief executive, said the brand remains strong, but when it comes to outlook, he still has some reservations about the strength of the UK's consumer recovery.

The interim dividend will stay at one pence per share, Debenhams said.