DEBATE: After this week’s incident with Nigel Farage, is ‘milkshaking’ an acceptable form of protest? 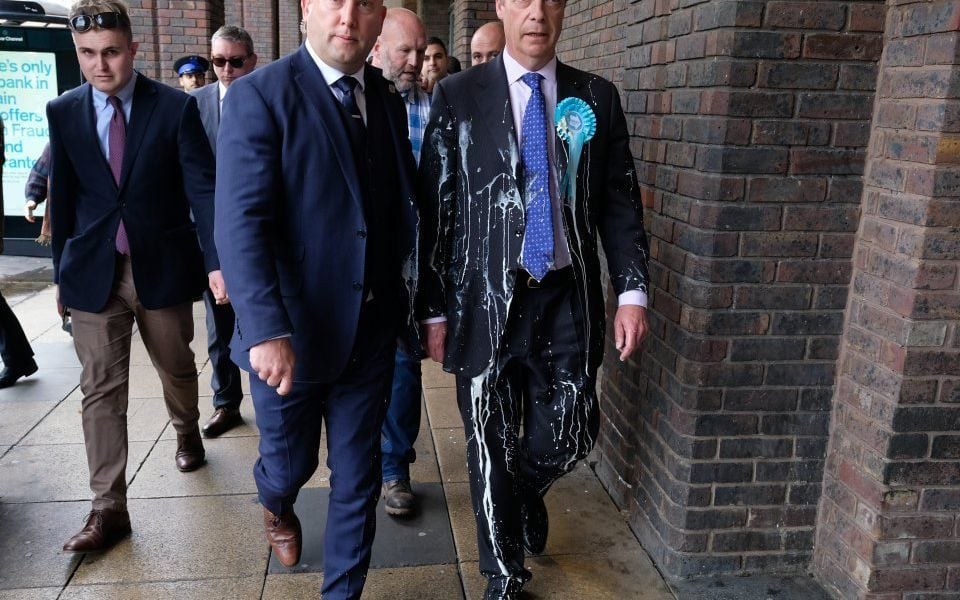 After this week’s incident with Nigel Farage, is ‘milkshaking’ an acceptable form of protest?

The milkshake protest meme began when group of far-right goons harangued a Muslim teenager, who defended himself with a milkshake. They pounced on him and beat him up.

This public intimidation is a routine part of a far-right technique aimed at making the streets unsafe for BAME people, and for anyone speaking out against rising fascism. All the while, much of the media and mainstream politics has rolled out the red carpet for the far right, rehabilitating its image.

So no wonder that, across the country, people have had enough.

Milkshaking has quickly become a way to both ridicule and resist the steady encroachment of racist hatred. It’s a harmless missile – but it packs the powerful message that we can’t let our towns be used as backdrops for vicious propaganda, that we won’t welcome xenophobia.

Tommy Robinson has a track record of assault and incitement. Nigel Farage has said he’d “pick up a rifle” to enforce his vision of Brexit. Spare us their tears over a little spilt milkshake.

If throwing a milkshake at someone is a legitimate form of political protest, how about a coffee? Or acid?

The truth is that it is an assault regardless of the object used to commit the attack.

Nigel Farage is a politician whose party is polling highest in the upcoming European elections. He is unequivocally supported by large swaths of the public.

Many others may disagree with his opinions – perhaps vehemently – but his rights both to voice them and to meet the public are indispensable for our democracy to function.

The alternative is to have our politicians so terrified of the humiliation that a second’s encounter can create – which these days can haunt their entire careers – that they remain cocooned and cosseted out of range of public views and opinions. We can’t see them, and they don’t see us.

For anyone who doesn’t like a politician’s arguments, take them on and beat them.

Once you’ve left the playground, that’s how it’s done.