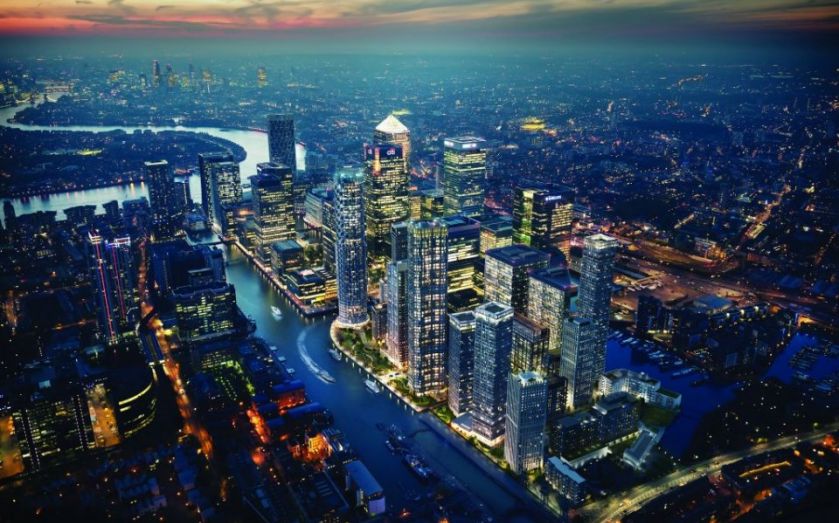 Since its inception in the 1980s, Canary Wharf has come to epitomise modern business. But until this week, no one could live there. The Canary Wharf Group, the development company responsible for the entire estate, has unveiled its first show home this week – and City A.M. has exclusive pictures of what’s inside. So whether you’ve always hankered to live in the shadow of a shiny skyscraper or you’re simply sick of the morning commute, this is your chance to be a Canary Wharf resident.
The first 345 apartments are set to go on sale at 10 Park Drive next Thursday, which will eventually be the cornerstone of a 3,200 home development, with a quarter marked out to be “affordable” housing. Architects at Stanton Williams – who are also currently working on the regeneration of King’s Cross – have set the homes in a 13-storey building that adjoins a 42-storey tower with views over south, east and central London. You can also admire the cityscape from your apartment’s balcony and all residents will have access to a private sky terrace and fitness club.
Interiors firm Make has decorated the show apartment in monochrome and neutral shades to have a “calm and uplifting effect”, while functional partitions and sliding doors allow homeowners to use the space however they want.
In recent years, Canary Wharf Group has been working on its lifestyle credentials by adding more shops, restaurants and parks to the estate while hosting numerous art exhibitions and festivals throughout the year. Its chief administrative officer, Camille Waxer, says 10 Park Drive is the final piece in the puzzle, adding “an exciting level of dynamism and energy to the Canary Wharf estate”. With the addition of Crossrail to existing DLR and Jubilee Line services, it’s a great investment prospect, too. The new homes, comprising 74 studios, 115 one-bed, 141 two-bed and 15 three-bed apartments, will be available to UK buyers first in an effort to counter the development being snapped up by overseas buyers. Construction began on the site this year and it’s due to be completed in 2019.
To find out more, visit canarywharf.com/residential or contact the sales team at Canary Wharf Residential on 020 7001 3800.