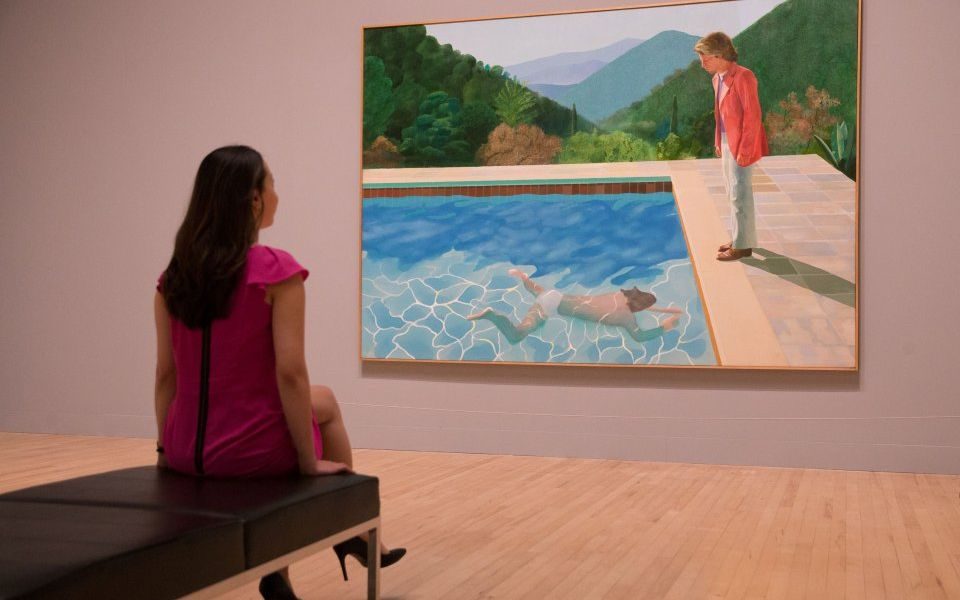 David Hockney's iconic painting of a man by a swimming pool has been sold for $90.3m (£70.3m) at an auction in New York, smashing the previous record for the highest price paid at auction for work by a living artist.

The 1972 piece, named "Potrait of an Artist (Pool with Two Figures)", was bought by an anonymous telephone bidder at Christie's this week, beating out three other bidders.

Hockney's masterpiece was sold by billionaire Joe Lewis with the bidding starting at $18m, but that figure rose very quickly and ultimately beat presale estimates of around $80m.

The sale easily surpassed the record for a living artist of $58.4m, which was set five years ago by Jeff Koons' balloon-animal sculpture, dubbed "Balloon Dog (Orange)".

Hockney, 81, is a British artist who is known for his pop-like scenes of urban life in Los Angeles as well as Yorkshire landscapes.

The 1972 work is widely considered one of his best and features a man in a pink jacket overlooking another figure swimming underwater in a pool.

His previous best-selling work at auction was sold for $28.4m.