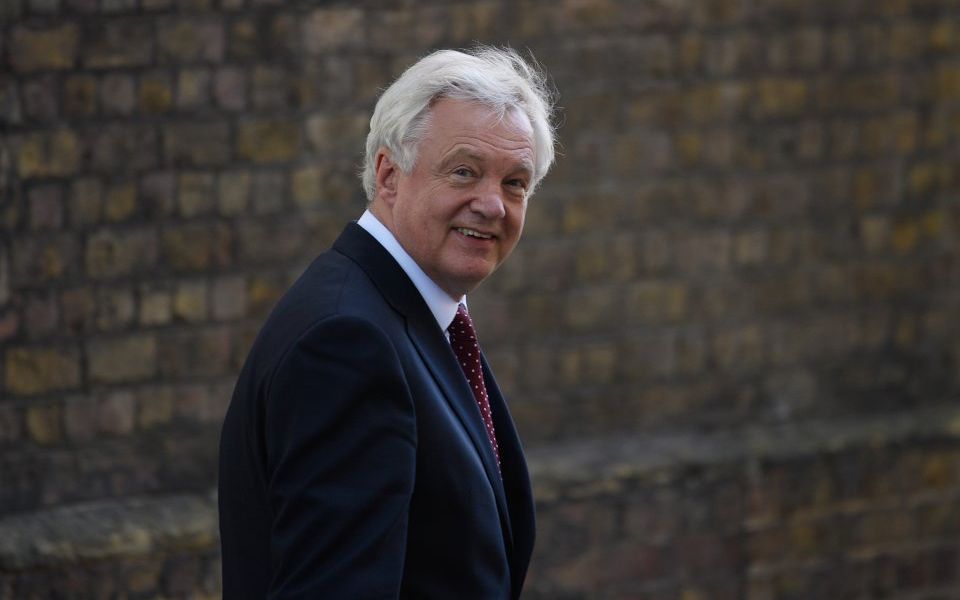 Former Brexit secretary David Davis is poised to throw his weight behind a fully-fledged alternative to the government’s Brexit strategy as part of a major intervention ahead of the Conservative party conference.

City A.M. understands the pro-Brexit big-hitter, who resigned in the wake of Theresa May’s Chequers plan, will endorse detailed proposals for an advanced free trade agreement currently being compiled by a team of Westminster trade experts and lawyers.

Davis has been highly critical of the Chequers plan, claiming it would be "almost worse than staying in the EU".

May's proposal, named after her official country residence where she presented it to her Cabinet, would see the UK remain closely aligned to Brussels on goods and regulation. It is widely unpopular among pro-Brexit MPs, and Davis' impending intervention is likely to dilute further the already lukewarm support for May's preferred policy.

Sources suggest Davis is being lined up to author a foreword to a 140-page "Alternative Brexit Plan", which is due to be published later this month and which will make the case for a Canada-style trade deal, with improved provisions on areas such as services and security.

The comprehensive proposal is being coordinated by trade expert Shanker Singham of the Institute of Economic Affairs, in collaboration with at least one other think tank and a leading City law firm.

Sources suggest that the document, which is in its final stages of preparation, contains detailed proposals for resolving the Irish border issue; stresses the need for full regulatory autonomy, with full control over tariffs and trade deals; outlines policies to boost the UK's attractiveness and competitiveness; and slams the UK’s negotiators for failing to bat off “EU obstructionism” in the course of talks so far.

The Chequers deal is expected to come in for withering criticism in the document, which will also propose a range of options in the event no deal can be reached.

Earlier this week Jacob Rees-Mogg, who heads up the pro-Brexit European Research Group, said he and top EU negotiator Michel Barnier agreed that Chequers "is absolute rubbish and that we should chuck it and what we should have is a Canada-style free trade deal".

Meanwhile, Boris Johnson, who also resigned over opposition to the Chequers deal, is expected to stage a 1,000-person "Chuck Chequers" rally at the Tory party conference, according to The Spectator. Downing Street has accused Johnson of "having no new ideas" and last night sources close to the former foreign secretary confirmed he is not involved in discussions around a Canada-style deal and "has not seen an alternative plan."

With MPs returning to Westminster, May is also facing mutiny from the party's Remainers, with former minister Nick Boles calling for her to drop Chequers in favour of UK membership of the European Economic Area. Yesterday Labour's shadow Brexit secretary Sir Keir Starmer told MPs the Chequers "fudge" satisfies "no-one".