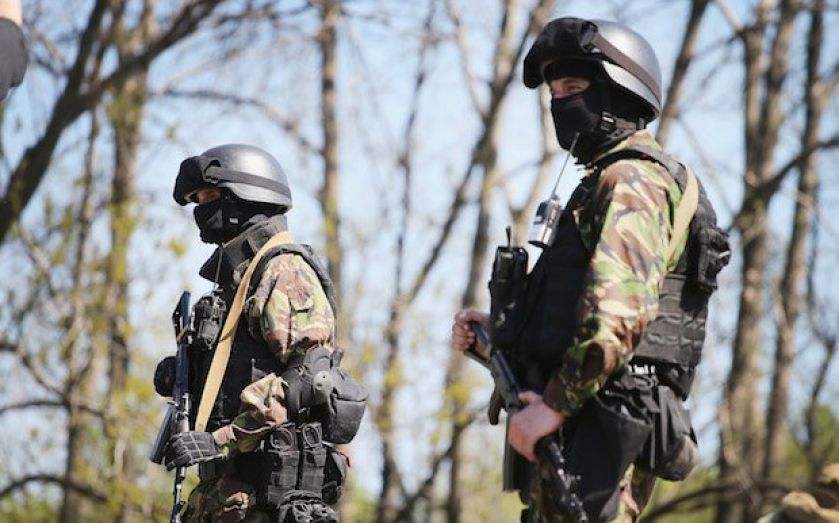 David Cameron has said he is "extremely concerned" by evidence Vladimir Putin has launched a full-blown invasion in eastern Ukraine, warning there will be "further consequences" if Russia doesn't pull them out.

In a statement this afternoon, the Prime Minister said the Russian president was "completely disregarding" the sovereignty of its neighbour.

The international community has already warned Russia that such provocative actions would be completely unacceptable and illegal.
President Putin has said that Russia is willing to find a peaceful solution to the conflict but this is not credible when Russia is supporting pro-Russian separatists in Ukraine with arms and troops. It is simply not enough to engage in talks in Minsk, while Russian tanks continue to roll over the border into Ukraine. Such activity must cease immediately.
We urge Russia to pursue a different path and to find a political solution to this crisis.  If Russia does not, then she should be in no doubt that there will be further consequences.

The statement came after Nato confirmed "well over 1,000 troops" had entered Ukraine, and were fighting with separatists. This morning Russian state television reported Alexander Zakharchenko, separatist leader of the self-proclaimed Donetsk People's Republic, had boasted that "3,000 to 4,000" Russian troops were fighting with separatists – although they were volunteering during their holidays, rather than being there at Putin's behest.
This morning, yields on German 10-year bonds fell to a record low as investors piled into "safe haven" assets. Meanwhile, Moscow's equities suffered, with the Micex index closing 1.67 per cent lower.
Capital Economics analyst Julian Jessop said market reactions had followed a "familiar pattern:  renewed weakness in equities, notably in the euro-zone and emerging Europe, and renewed gains for safe havens, notably US Treasuries and German Bunds (with the 10-year yields on the latter setting new lows)".

Some of the sharpest market falls have, understandably, been in Russia itself, where hopes that a diplomatic solution to the crisis might be found had triggered a rally in the stock market in the early part of this month. But the latest events suggest that things are likely to get worse before they get better. In these circumstances, we expect both Russian equities and the ruble to remain weak over the rest of this year.
More reassuringly for others, the price of oil has barely budged and remains near multi-month lows, reflecting ample global supply and weak seasonal demand. But we suspect that fears of disruption to supplies of Russian natural gas via the Ukraine will gain traction in the coming days.
Of course, all this could blow over quickly as both sides pull back from the brink. But for now it may be time for the markets to batten down the hatches again, especially ahead of the long weekend in the US (Monday is Labor Day).