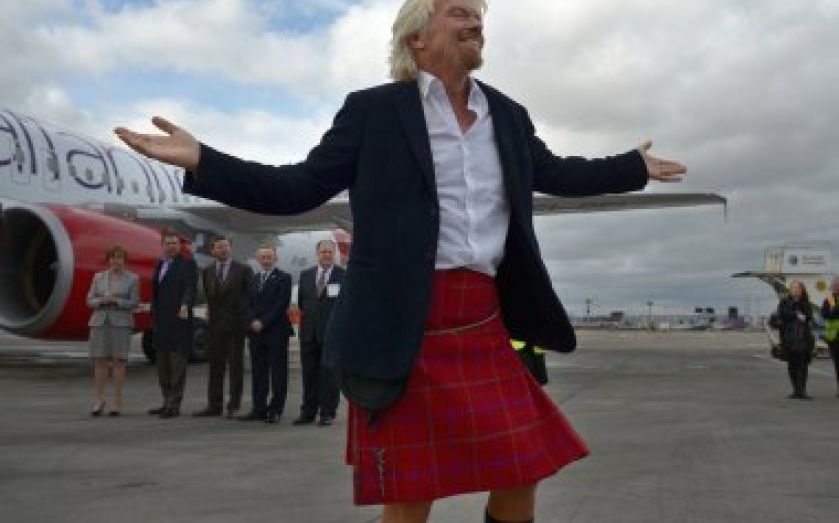 The future may be looking dark for Virgin’s UK airline Little Red, as the new carrier faces the prospect of a possible closure only a year and a half after its launch.
Doubts over the future of Little Red come as Virgin Atlantic has been pursuing a significant reorganisation of its network and routes under chief executive Craig Kreeger. It is aiming to strengthen its transatlantic links after Delta Airlines acquired a 49 per cent stake in the carrier in late 2012.
Last week Virgin Atlantic, founded in 1984, revealed it would be increasing its transatlantic routes and flights between the UK and US, but would be cutting routes from London to Cape Town, Mumbai, Tokyo and Vancouver.
Now the young Little Red domestic UK service may also be at risk of the chop. The news was first reported in the Sunday Times.
Civil Aviation Authority figures this summer suggested Little Red’s load factor, the percentage of seats occupied on flights, was only 37.6 per cent in 2013.
John Strickland, director of JLS Consulting, told City A.M. yesterday: “With very limited frequencies compared to BA it is very difficult to compete for the point to point market between London and large domestic points. The majority of this market today flies on services from other London airports with low cost carriers. Similarly, Virgin lacks the density of long haul traffic volume from its own services to be easily able to fill seats with connecting passengers.”
Virgin Atlantic said yesterday: “We look at Little Red through the same lens as the rest of the business – it must deliver on performance, potential or strategic contribution. Little Red is still in its growth phase, so it is too early to comment on these criteria.”