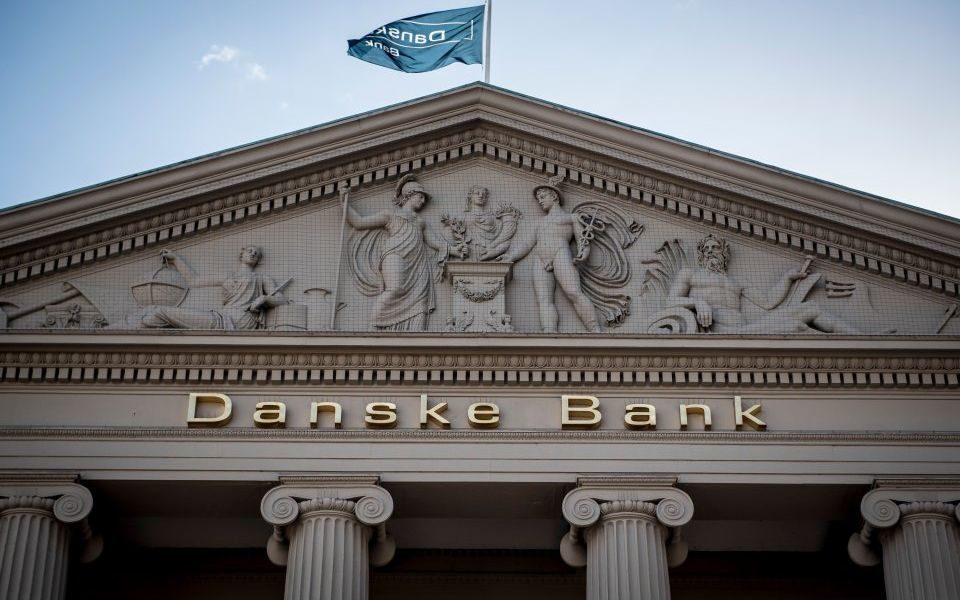 The Danish bank, embroiled in an alleged €200bn (£180bn) money laundering scandal, cut its 2018 profit forecast this morning for a second time.

It now expects a net profit of around Kr15bn (£1.8bn) in 2018, down from its previous forecast of Kr16-17bn, blaming “challenging conditions on the financial markets”.

Chief financial officer Christian Baltzer said: “The revision to the outlook is mainly the result of worsening conditions during the fourth quarter in the financial markets compared to the first nine months of 2018.

Its price has recovered slightly but still sits more than two per cent down for the day at Kr126p – almost half of its price in March this year as investor fear the money laundering scandal could lead to hefty fines.

Danske Bank is currently facing probes from Estonian, Danish, British and US authorities over an alleged €200bn (£180bn) money laundering scandal involving so-called non-resident clients at its Estonian branch between 2007 and 2016.

Earlier this week Estonian prosecutors arrested ten people on suspicion of “helping clients transfer suspicious money through the bank in a systematic and coordinated manner.”

In September Danske Bank said it suspected 42 employees of being involved in “some suspicious activity”, and said it had reported eight former employees to the Estonian police.

The former boss, who left the bank in September in the wake of the scandal, has set up the new firm in Denmark, public records show.