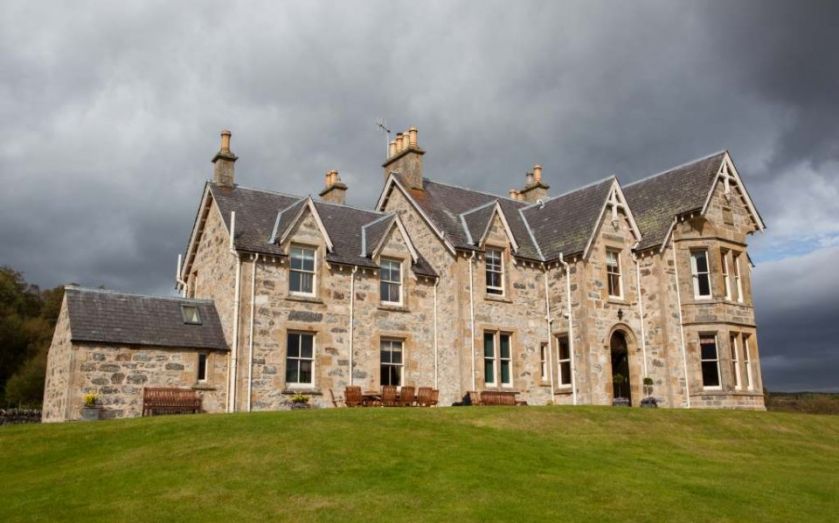 It says something about the wildness of Alladale that TV adventurer Bear Grylls chose a spot nearby to set up his Survival Academy. It’s a wild place: Paul Lister, the Laird of this Victorian hunting lodge in the Scottish Highlands, might even answer the baronial door wearing a wolf mask.
It’s his self-deprecating joke; he’s known north of Inverness as The Wolf Man. “Well, when you’ve been called howling mad by most of your neighbours, you have to puncture the myth by playing up to it a bit,” he says with a wry grin.
He is the Monarch of this glen, which spans 23,000 acres of mist-shrouded, heather-decorated moorland, rivers, lochs, forests and mountains, their black peaks ringed with collars of snow even in summer, waterfalls cascading from the heights like silvery ribbons. It teems with wildlife: deer, grouse, salmon, eagles, red squirrels and Scottish wild cats.
But what has made the Master of this romantic retreat the most championed Laird in Scotland is his mission to return big carnivores to the wilderness. He aims to have two packs of 10 wolves roaming free across his land within a few years, followed by bears and lynx a little later. 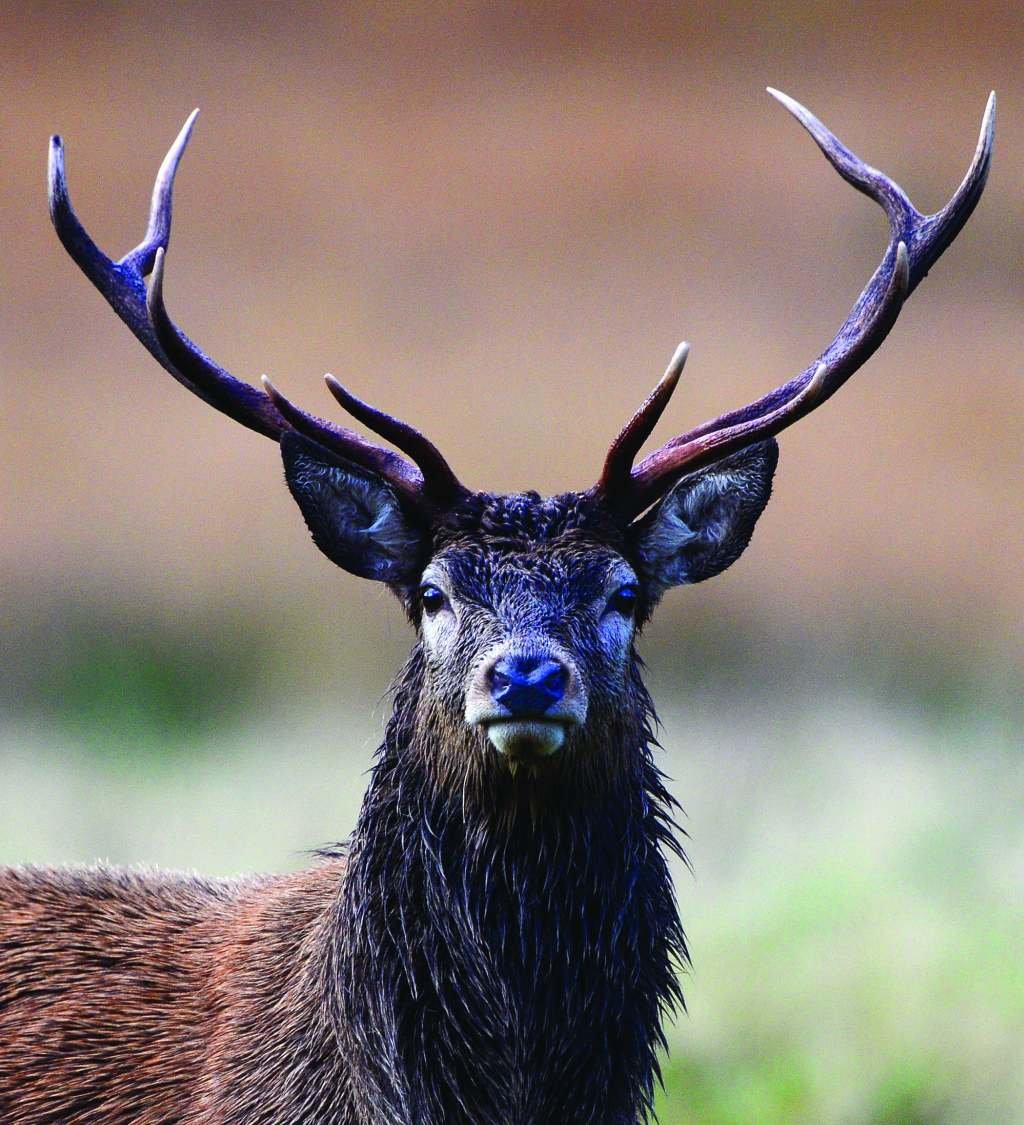 A stag spotted at Alladale

This is not merely the mad Highland fling of an eccentric millionaire, he insists, but a calculated vision of how best to return his Caledonian Eden to the way it looked when the Romans arrived.
“The Highlands were once dense with vegetation, the Mountain slopes thick with pine forests. It was the kingdom of wolves and bears,” he explains. “This changed when land owners turned Scotland into a gigantic sheep farm during the clearances. Crofters were driven out of their homes and pine woods chopped down as timber for the Industrial Revolution. Even before that, large predators had been hunted to extinction.
“The bare, bald hills that we think are natural are in fact the result of man’s intervention. Our meddling with nature broke the eco system and altered the landscape. What survived and flourished were deer and venison, but they eat the very vegetation that would allow the pine and beech forests to grow again and, with stalking at £500 a gun a day, were encouraged to multiply for commercial reasons. 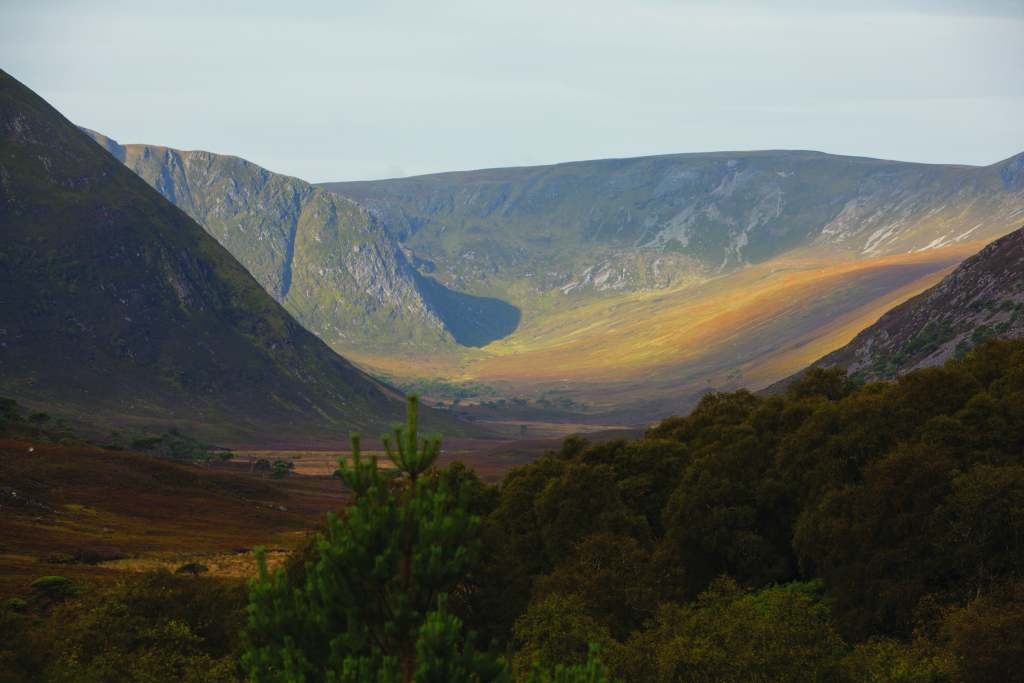 “We have to keep their numbers down to allow the land to regenerate and the most natural way to do this is by introducing once indigenous carnivores like wolves and bears for whom they are natural prey.”
Not everyone agrees. Clannish neighbouring lairds fear their sheep will be savaged and ramblers protest they won’t be able to roam without fear of attack. “It’s nonsense,” the wiry, 55-year-old, insists. “If we can put a man on the moon we can put a fence around the land to keep the public safe. It works in Yellowstone Park in America, where they have wolves and bears, so why not here? We travel thousands of miles to experience exotic places when the last great wilderness in Europe is right here. Wolves get a bad press because of nursery stories like Little Red Riding Hood. But they’re not interested in hunting us.”
Still, this hasn’t stopped locals nicknaming Alladale Jurassic Park. Since he bought it 10 years ago, Lister has planted 900,000 pine and beech saplings to re-introduce the classic tree-line, shored up river banks, restored peat bogs and experimented with introducing moose, elk, buffalo and wild boar from Scandinavia on uplands leading to Alladale Lodge. 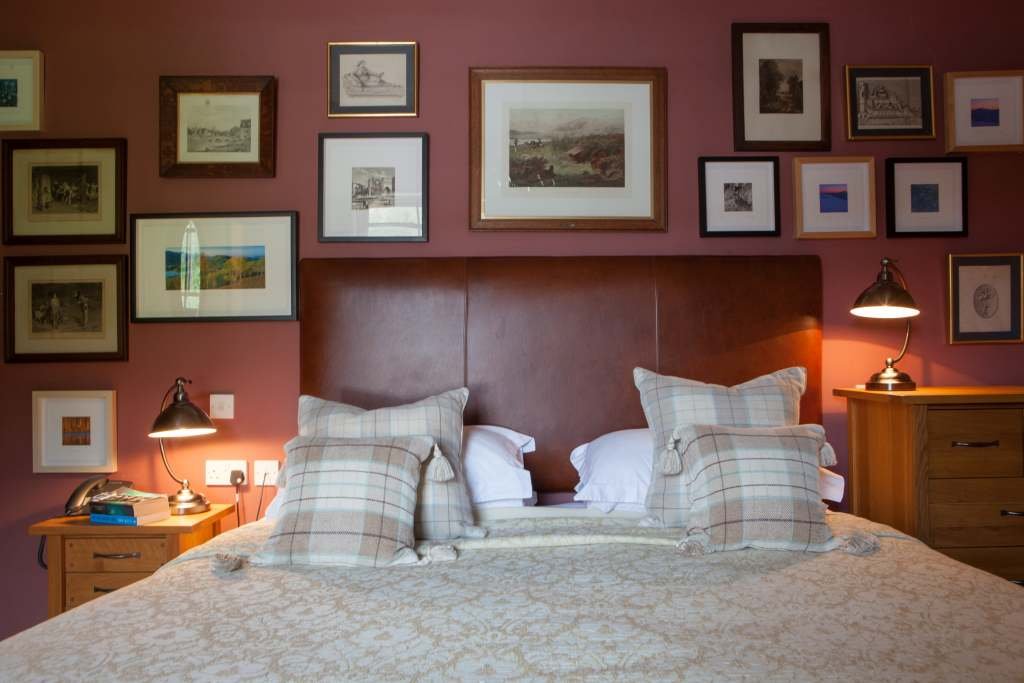 The lonely, gothic hideaway sits on a high plateau over the canopy with commanding views of the picturesque mountains and glens. When I arrived, a herd of velvety, heavily antlered stags trod gently across the lawn, their limpid eyes the size of gobstoppers, fearless of the newcomers.
If you’re seeking a haven of seclusion and almost unearthly beauty, Alladale is your rugged paradise. It offers the opportunity to live like a Laird in this granite grandeur, going deer stalking, salmon fishing, clay pigeon shooting and exploring off-road in Land Rovers driven by knowledgeable ghillies, to return home and enjoy the comforts any ancestral aristocrat would expect.
After an energetic day in the invigorating air, a roaring log fire greets guests in the lounge where family photos beam from silver frames on the piano and Lister waits with a glass or two of something cheering before dinner. 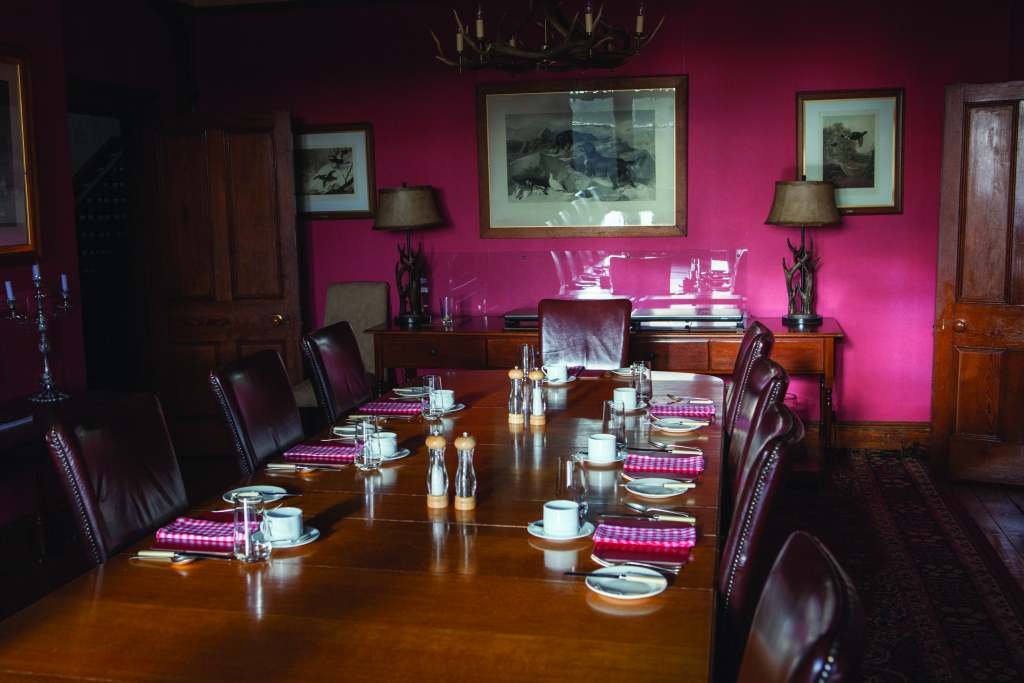 A dining room at the lodge

Meals are cooked by a local from the village; not a cordon bleu chef, for this is not a tarted up fantasy castle like nearby Skibo (where Madonna married), but satisfying native cuisine. We ate venison stew and dumplings at a long refectory table, sharing our day’s adventures. It felt like a jolly house party, a home not a hotel; the Lodge has kept its integrity intact and mercifully resisted the temptation to glam up. ­­­­­Victorian prints line the walls, a gong summons us to meals and a life-sized faux black bear stands guard in a corner of the staircase. The Lodge is eco-friendly – hydro-powered from a nearby waterfall – and boasts seven ensuite bedrooms, a billiards room, conference room and gym, making it ideal for groups.
For those seeking even more solitude, there are two scenic self-catering stone bothies further up the valley at Eagles Crag and Ghillies Rest. Both have chic, contemporary interiors with pleasing rustic references such as ceiling chandeliers fashioned from antlers. Guests are gently rocked to sleep by the lullaby of running water in the brackeny burn. One diamond bright morning, after an evening of midnight sun, I walked on springy heather through the perfume of a pine forest, the hills decorated with blazing yellow gorse the colour of Van Gogh’s sunflowers, to Croick old Kirk. It was here in 1845 that more than two hundred crofters, brutally turned out of their homes, huddled in the churchyard before seeking sanctuary in the Americas. They scratched their names on the window panes, a sad farewell to their native heath, the only poignant legacy to show they had once lived here, now preserved as a reminder for all eternity of the injustice and of their tenancy on this land.
In the distance is the peak of Bodach Mor, the only place in the UK where you can see both the Atlantic and the North Sea. There is a kind of poetry in this Celtic heaven, even in the mission to “re-wild” that brought Lister to Alladale. He inherited a £50m fortune when his family sold the MFI furniture chain and bows to the irony that one who benefited so handsomely from felled timber is now re-stocking the land. “It’s my way of giving back,” he says.
Lister accepts it will take 100 years for his saplings to become forests but is passionately convinced that one day those who come after him will experience a truly thrilling walk on the wild side – or even dance with wolves.

EasyJet flights to Inverness from Gatwick leave twice daily from £40.40 one way. easyjet.com
Alladale Wilderness Reserve: The Main Lodge is available for exclusive use only. Sleeps 14 to seven double rooms – ideal for large family groups or corporate team building.
Call 07940 850383 or alladale.com. From £7,500 week, bed & breakfast. Bookings for Ghillies Rest and Eagles Crag  on application. To book email stuart@luxurytraveladvisors.co.uk, or call 07904  3137379