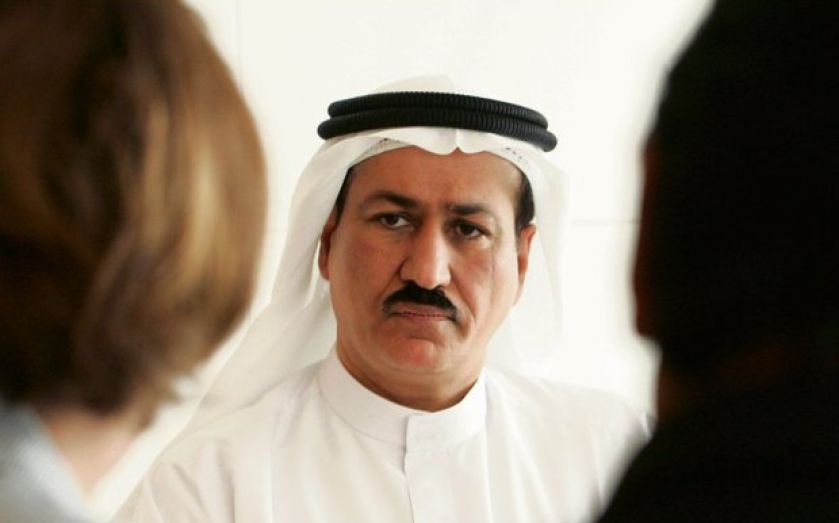 The Dubai-based property group became the first major company from the region to float in London since 2007, yesterday. David Hellier went to meet its founder.

FOR a man who had just spearheaded a main market share listing in London and had been to the London Stock Exchange for its market opening ceremony, Damac founder Hussain Sajwani looked none too celebratory yesterday.

Maybe it was a bad time to meet him, after a long and gruelling investor education process.

Sajwani, who is selling up to 15 per cent of his 100 per cent shareholding in the listing, said the process of listing in London had taken a “lot of work” and had involved a “lot of legal issues”. “There’s a lot of pressure on your time.”

He looked tired and distracted during his interview with City A.M. and he was constantly taking or making calls on his mobile.

Maybe his mood was darkened by a sense of anti-climax. After all, the luxury real estate developer Damac got a lukewarm response to its share offering, with the global depositary receipts (GDRs) being priced at the lowest end of the range and the size of the issue being reduced from an original $500m to $348m (£212.3m). Shares closed one per cent down.

At one point last week, there were fears the issue might be pulled, as advisers sought a delay to the bookbuilding process to allow investors to digest news of whether Dubai had won Expo 2020 or not (it did, luckily for Damac).

Some institutional investors are wary of the emirate’s property market despite a recent recovery in prices. Property prices in Dubai have rebounded by over 20 per cent this year, having slumped more than 50 per cent from a 2008 peak when a real estate market crash sparked a debt crisis.

But some analysts have said the recovery has been driven by speculative buying, with the International Monetary Fund warning of another possible bubble.

He said US investors had taken a high proportion of the stock, following a roadshow visit there a couple of weeks ago. And he said he had favoured London as a listing venue because of its central locality between the US and the Middle East and its regulatory framework. UAE rules would have forced him to sell off 55 per cent of his shares which didn’t appeal to him. “I wasn’t ready to sell so much,” he said.

Damac is behind a number of stellar property developments in Dubai and elsewhere in the region and, asked to choose his favourite, Sajwani, a father of four, said: “It’s like asking a father which of his children he loves best.”

And then he spilled the beans. “Akoya,” he said, “a 42m square foot complex, complete with an 18 hole golf course, hotel and club house.”

The share sale put a value of $2.65bn (£1.6bn) on Damac, which is the first Dubai property developer to list in London. Sajwani said he was comfortable with the banking team on the issue, which was led by Citi and Deutsche. And he declined to discuss why JP Morgan, which also declined to comment, had decided not to work on the deal.

“There were a variety of issues we took into account in deciding on the banks,” he said, before going off to take more calls on an historic day.

■ Went to the University of Washington in the US.

■ Then went into the catering business.

■ Started in the property business in 1994

■ Is married with four children. There are three boys and one daughter who studies construction management in London

■ Loves travelling and hitting the beach