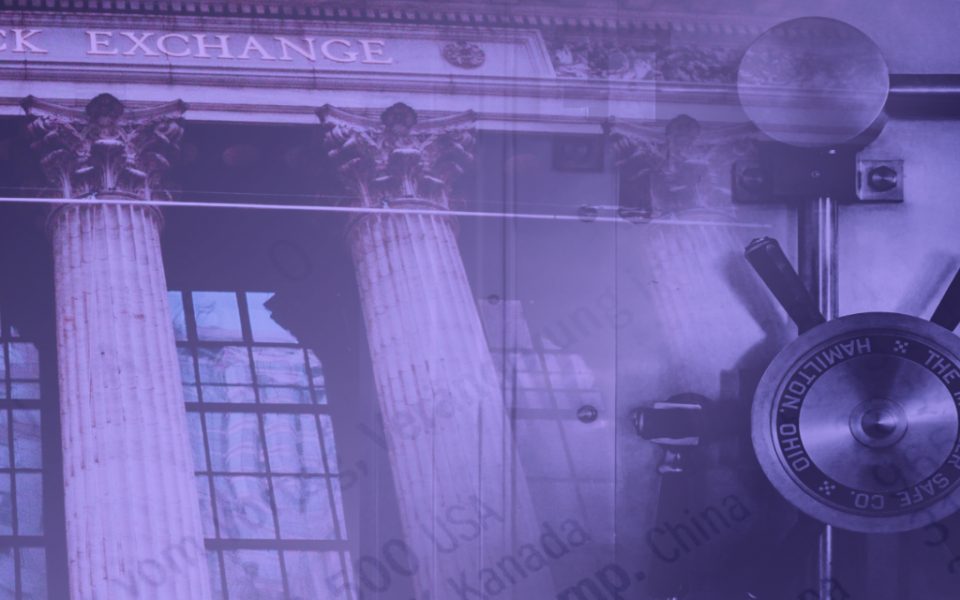 In the last year, however, institutional engagement with decentralised finance has grown conspicuously. Through investments, partnerships, and their own in-house blockchain projects, organisations such as JP Morgan and Goldman Sachs have embraced — and lent new credibility to — the world of DeFi and Web3 applications.

Below, we explore how the institutional approach to DeFi has evolved, some of the organisations at the vanguard of that evolution, and how they might try to deploy those technologies.

Institutions quietly followed this space for years, then they made their moves

In late 2019 and early 2020, researchers hired by Fidelity Digital Assets surveyed nearly 800 institutional investors across the US and Europe about their attitudes toward digital assets in general.

Though these investors had historically ‘remained on the sidelines’ because of the perceived risks inherent in digital assets, Fidelity writes, more than one-third of respondents (36 per cent) said they were currently invested in digital assets. That’s up from 22 per cent from the previous years survey, an increase of about 64 per cent.

That 64 per cent jump is best understood as an indicator of a wider trend. As a general rule, investors get acquainted with DeFi after first exploring digital tokens as an asset class. That is the gateway conversation that eventually leads people to engage with concepts such as disintermediated financial markets.

Institutions followed that same path, and 2020 appears to have been the year in which institutional interest tipped toward committed, genuine engagement with DeFi applications. That is the larger story behind the 64 per cent jump in Fidelity’s year-to-year survey results.

Fast-forward to the spring of 2021, and you begin to see ‘funds, trading firms, and centralised yield platforms providing the bulk of the liquidity’ in the DeFi market, Joshua Greenwald, head of risk at Uphold Asset Management, wrote in April 2021.

‘As the total value locked (TVL) in DeFi tracks towards $50 billion (and with 40 of that 50 entering since early November of last year), it’s evident that the market has evolved beyond hobbyists and early adopters’, Greenwald wrote.

Of course, institutions know to temper their expectations when money starts to flow this freely. After all, there has not been a significant test of the resilience of major DeFi protocols nor those systems as a whole, noted Jai Massari and Christian Catalini, respectively a partner at the law firm Davis Polk & Wardwell LLP and chief economist at the Diem Association.

“It is not clear what will happen to interconnected protocols when one or more of them experience serious, market-wide price dislocation or large scale technical outages,” Massari and Catalini wrote in May 2021.

While institutional investors are clearly interested in DeFi, they are still just beginning to understand how they could deploy those technologies themselves.

In May 2021, ING’s blockchain lead, Mariana Gomez de la Villa, told the Coindesk Consensus 2021 audience that the bank is attracted to ‘the opportunities to attract innovation in order to create new asset classes’.

“In the same way that cloud storage could suddenly give a start-up infinite storage capacity by plugging into an existing application, DeFi did the same for financial operations,” he wrote in June 2021.

“Want to buy and sell in dollars? Stablecoins can be used anywhere. Want to set up a lending operation? You don’t need to build your own stablecoin, because you can use any of the digital currencies already out there.”

It is worth noting that Brody published this piece just a couple of weeks after EY announced a fresh $100 million investment in its own blockchain R&D.

Everyone is learning and building out their capabilities. Some organisations, however, are further along than others.

In April 2021, blockchain engineering company ConsenSys announced a $65 million funding round whose investors included JP Morgan, Mastercard, and UBS (which has its own $200 million fintech investment portfolio called UBS Next).

These two deals are clear indicators of where Goldman Sachs is pivoting part of its global strategy. More recently, the bank expanded its crypto trading desk, catering for the increased demand from key institutional clients. This increased client demand has taken Goldman Sachs in a new direction as the bank expands its execution, advisory and investment functions within the sector.

“What’s different today is the extent of institutional interest, coupled with very strong demand across the wealth management franchise,” Mathew McDermott, global head of digital assets at Goldman Sachs, noted in a company newsletter published 21 May, 2021.

“The product offering is broader as people are looking beyond bitcoin at the potential of the underlying blockchain infrastructure to transform the way markets behave.”

This might be a surprising inclusion as Bank of America has historically been one of the more crypto-averse institutions.

That said, the company owns more than 60 blockchain-related patents, CEO Brian Moynihan mentioned in May 2021. That same month, Bank of America announced it had joined the Paxos Settlement Service, which uses a blockchain network to settle stock trades.

Though Moynihan is on record saying Bank of America has not ‘found a use case at scale’ for blockchains, his team is clearly looking.

Citigroup also made news this past spring when the Financial Times reported that the company was looking into launching a variety of crypto-related services.

Two things stood out in that report:

Citi’s pump-the-brakes approach underscores some of the questions institutions still have about decentralised finance, and about blockchains in general. Those questions include:

“The role of decentralised finance remains to be seen,” James Pomeroy and Paul Mackel, respectively a global economist and global head of FX research at HSBC, wrote in March 2021. They argue in their report that DeFi networks lack the speed and applications lack the trust necessary for mainstream adoption.

“A key step on that path could be the upgrade from Ethereum 1.0 to Ethereum 2.0 through 2021 and 2022, which will allow more transactions to go through the network,” Pomeroy and Mackel noted.

“If this were to happen, more traditional financial activities within the likes of insurance, housing transactions, and lending could be disrupted – but the nature of how quickly and when will depend heavily on the progress on the technology front.”

Several institutional investors have publicly embraced DeFi and begun to build out their capacities with the technology. JP Morgan, UBS, Goldman Sachs, Bank of America, and even Big Four accounting firms such as EY are examples of recent investment into DeFi project portfolios.

However, it is important to emphasise that these organisations are taking cautious steps into this space. Due to regulation and resource constraints being focused on managing their traditional finance business lines, these types of organisations are throttled in their ability to fully monetise and build sizeable DeFi divisions within their organisations. At least in the short to medium term.

This has allowed smaller, more nimble corporates and institutions to effectively monetise the 24×7 DeFi sector in a more focused and less bureaucratic manner. From automated yield farming as principal to infrastructure investment through to operating outsourced treasury services in a higher yielding environment. Strong human capital and tightly risk managed strategies can generate some very exciting opportunities.

As for the tier one banks and blue-chip institutions; by the time they truly enter this market on an industrial scale it will most likely be via acquisition to buy up the market share of those smaller firms that established their presence earlier.

At Appold, institutional DeFi enquiries have risen significantly over the past three months. From enquiries flooding in during late 2020 for Bitcoin treasury holdings, to now going the next step in diversifying and safely yield farming those holdings on the DeFi networks. A cautious and tightly risk managed approach is an essential starting point in gaining traction in this growing frontier market.

For further questions and advice, please feel free to contact us directly.