Relentless. That’s the word that best describes Manchester City’s pursuit of the Premier League title and their performance against Crystal Palace at Selhurst Park.

Their Champions League hopes – and therefore those of completing a quadruple – may look slightly precarious after a 1-0 quarter-final first-leg defeat by Tottenham, but judging by this display their domestic ambitions remain well on course.

A 3-1 win – their 13th from the last 14 league games ensured the pressure transferred seamlessly back to title rivals Liverpool.

Having received criticism for his selection decisions at the Tottenham Hotspur Stadium in midweek, Pep Guardiola ensured he didn’t make the same mistake twice, utilising his vast riches perfectly in south London.

They were just what was required. De Bruyne finished with two assists; Sane one. 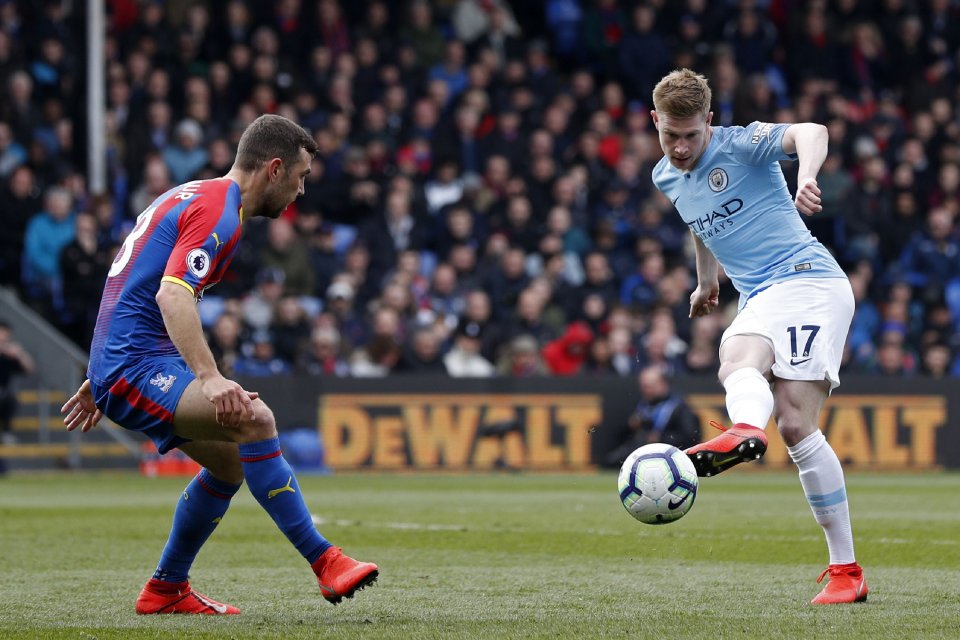 Vincent Kompany looked assured at the heart of the defence upon his first appearance for over a month, while Benjamin Mendy, back after a 154-day absence due to injury, slotted in at left-back.

Once Raheem Sterling had struck twice to put them well on their way 65 minutes in, David Silva was replaced by his namesake and club player of the season contender Bernardo.

None of their competitors can boast such an array of talent – and it’s this time of the season when such luxuries are most apparent.

While it may have been the four changes which refreshed the line-up, with Sergio Aguero oddly subdued at one of few grounds he’s yet to score at, it was the cutting edge of Sterling that made the difference.

You wouldn’t have bet on the England forward being the match-winner after the first 10 minutes. A horrendous, hardly believable miss from David Silva’s pass in which he scuffed wide with the goal gaping would have dented the confidence of most.

But this season especially Sterling is not most players and six minutes later he’d atoned for his error, striding onto De Bruyne’s perfectly weighted through-ball to lift his finish over Vicente Guaita and into the top corner. 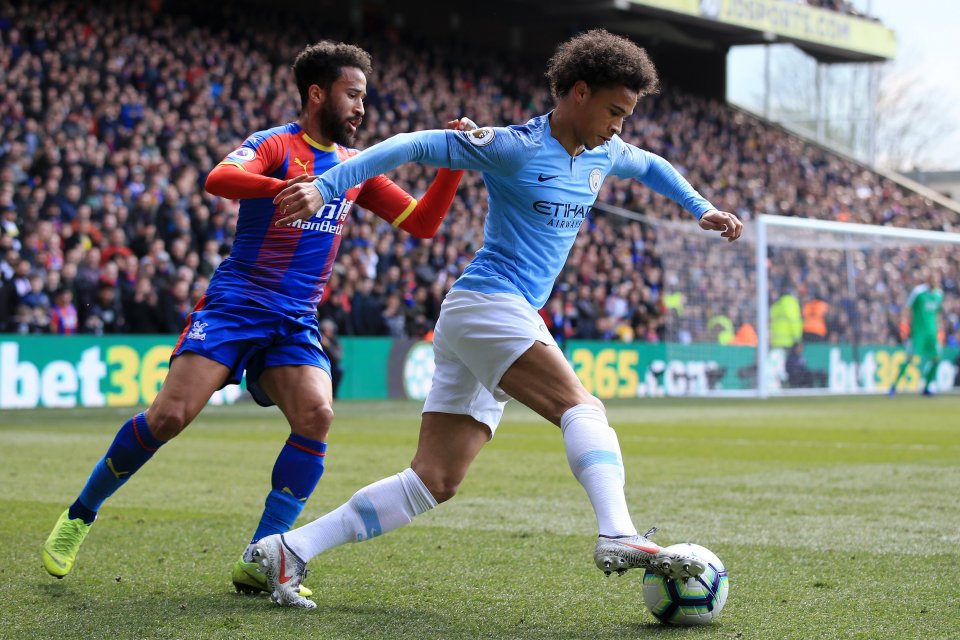 Leroy Sane was left on the bench for City's Champions League tie with Tottenham (Source: Getty)

His second, on the same left foot which had let him down earlier, was just as impressive. Sane’s low ball came across the box before Sterling wrong-footed Guaita by stroking it carefully into the bottom corner.

There would be no seventh clean sheet from eight league games as dead-ball specialist Luka Milivojevic planted a free-kick past Ederson, but City’s pristine feathers were little more than ruffled.

Nerves were expected, but never came. Another world-class player in John Stones was summoned from the bench to sit in front of the physical presence of Christian Benteke and instead of clinging on City sent another message up to Merseyside.

De Bruyne broke, ushering in Gabriel Jesus to beat Guaita at the near post, complete a counter-attack and ensure a fascinating title battle continues into the final five games.