Bitcoin continued to drift back towards $20k yesterday, as investors brace for the US Federal Reserve’s expected 75 basis point rate hike. The largest cryptocurrency by market cap was changing hands at about $21,368 at time of writing, up about 1 per cent over the past 24 hours but down more than 8 per cent since this time last week.

Other major cryptocurrencies also had a bit of a rollercoaster day, with Ethereum sinking as low as $1362 at one point. It’s since recovered to $1463 at time of writing, up 3 per cent since this time yesterday.

The Fear and Greed Index, which measures investor sentiment, briefly hit a high of 34 last week as the strong recovery in the crypto market spurred increased optimism among investors. It’s dropped back somewhat since, down to 28 today. It’s still way above last month’s lows, but there still seem to be some nerves out there about where we’re heading next.

Would you like to help spread the adoption and education of Bitcoin in the UK and even stack some Sats while you’re doing it? Well, now you can!

The Bitcoin Pioneers community, backed by Barry Silbert’s Digital Currency Group, was created to introduce Bitcoin to a mainstream audience in a meaningful way and now has members right across the UK.

We share tips, stories and ideas on how to encourage others to try Bitcoin for the first time. And, thanks to support from Luno, each Pioneer gets £500 of Bitcoin a month to share with beginners, helping them get started.

So, if you’re passionate about Bitcoin, why not join today? Click here to find out more!

All feedback on Crypto AM Daily in association with Luno is welcome via email to James.Bowater@cityam.com 🙏🏻

Yesterday’s Crypto AM Daily in association with Luno: 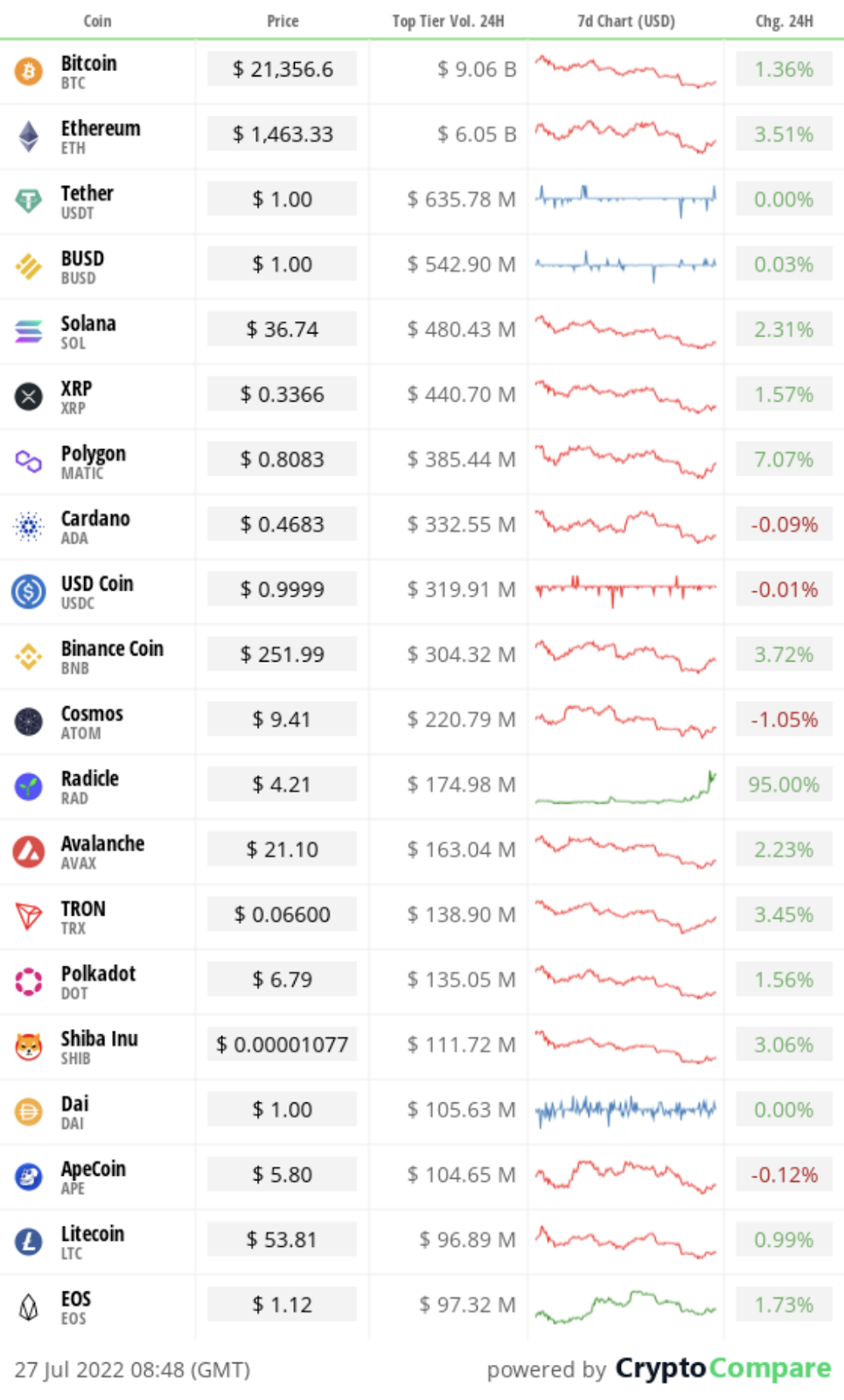 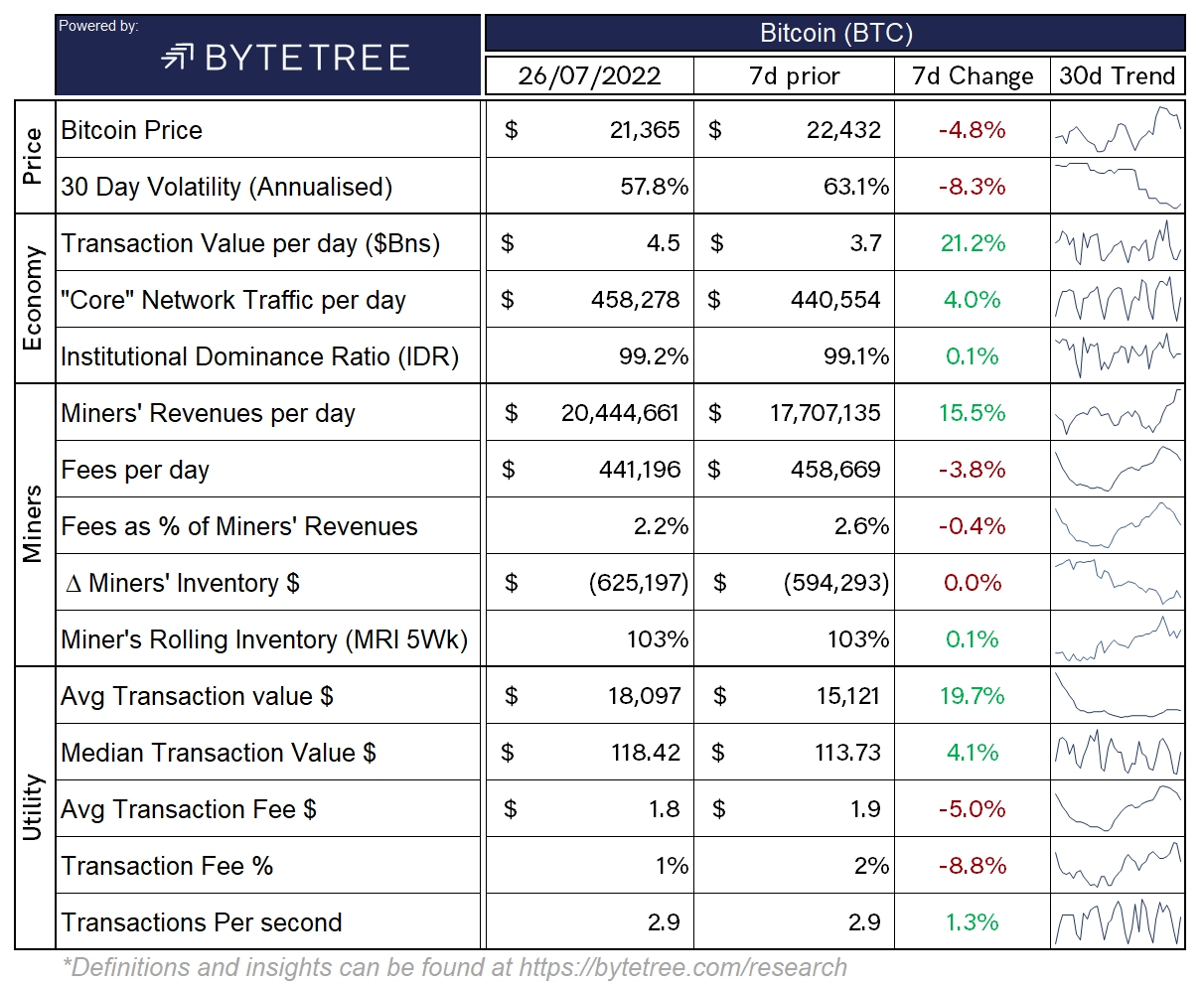 *Definitions and insights can be found at https://bytetree.com/research

The total capitalisation of the entire cryptocurrency market at time of writing is currently
$985.044 billion.

What Bitcoin did yesterday

The total spot trading volume reported by all exchanges over the last 24 hours was $26.385 billion. High volumes can indicate that a significant price movement has stronger support and is more likely to be sustained.

Market sentiment today is 28, in Fear.

The daily RSI is currently 46.22. Values of 70 or above indicate that an asset is becoming overbought and may be primed for a trend reversal or experience a correction in price – an RSI reading of 30 or below indicates an oversold or undervalued condition.

Convince your Nan: Soundbite of the day

What they said yesterday

One cup of coffee at a time

Walmart confirms it is not partnering with Litecoin

Fake news: Walmart confirms it is not partnering with Litecoin – CityAM : CityAM

Michael Saylor buys up another 5,050 Bitcoin for MicroStrategy

Michael Saylor buys up another 5,050 Bitcoin for MicroStrategy – CityAM : CityAM

Bitcoin can now be purchased using the Post Office app