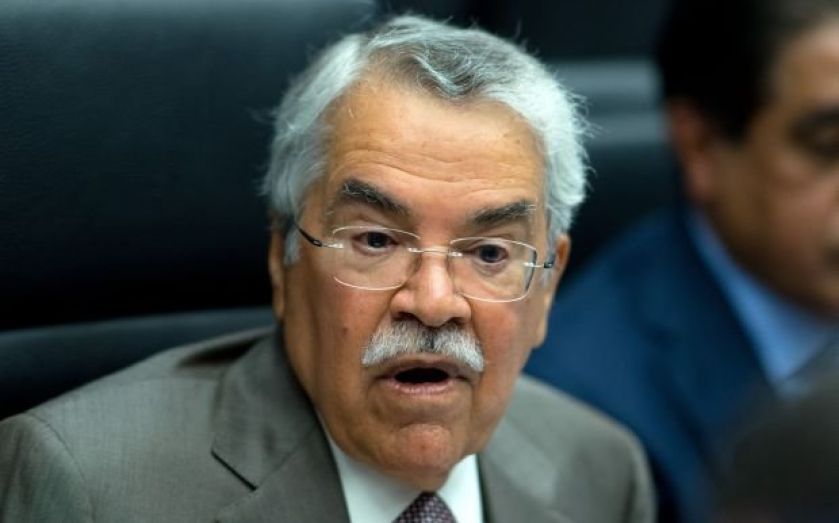 Having worked in Washington for the better part of a decade, I absolutely despise conspiracy theories, as they simply do not explain the world as I’ve found it. Rather than an evil, omniscient series of Bond villains ruling things, my experience is that human error and fallibility explain far more. As Bob Woodward’s key source “Deep Throat” put it in the first-rate Watergate thriller All The President’s Men, “these aren’t very bright guys and things got out of hand.” Or in the short-hand of Shakespeare, America is usually Hamlet, rarely Macbeth, and never Iago.

But at last I’ve found a conspiracy theory I can get behind: the whispered secret accord between the US and Saudi Arabia over the geopolitics of energy policy seems to me to be the real deal. One thing is for certain; the Saudis are behaving decidedly oddly. While the price of oil has fallen off the map, having dropped below $80 per barrel to its lowest level in four years (in late spring it was perched at a lofty $115), the petro-kingdom has done absolutely nothing. Equally interestingly, given their masterly inactivity, until last week they had also said absolutely nothing. Finally, Saudi oil minister al-Naimi blandly intoned that Riyadh’s energy strategy was merely to follow the economic fundamentals.

But an economics-only energy strategy would surely dictate that the Saudis – still the crucial swing producer in the Opec cartel – should reduce pumping to stabilise the global oil price, what with markedly weakening demand in Europe and Asia, and the US shale revolution changing the face of the global energy market. Yet they have not done so.

There are only two possible explanations as to what is going on here. The first can be thought of as the John D Rockefeller gambit, whereby the Saudis steal a trick from the old nineteenth century oil tycoon’s playbook. When confronted with a nimble, if smaller, adversary – well before modern anti-trust laws came onto the books – Rockefeller would continue pumping oil even at a loss, all the while knowing that the plunging price would finish off his weaker rival well before it really began to damage his firm Standard Oil.

According to this theory, in the face of the challenge posed by US fracking, Riyadh may be ruthlessly defending its market share, while knobbling its great, emerging American rival in the process. Knowing that, at $80 per barrel, the economics of fracking begin to grow at least somewhat dicey – whereas given their colossal foreign reserves, the Saudis can easily handle selling oil for years at well below its current subterranean market price – Riyadh may merely be pressing its advantage.

But knowing a little bit about byzantine Saudi manoeuvring from my Washington days, I imagine this amounts to a secondary reason. Instead of aping Rockefeller, I would argue that Riyadh is hearkening back to the 1980s, when a then-secret deal to drive down the price of oil – negotiated between the Saudi monarchy and President Reagan – helped to economically destroy the Soviet Union. To answer minister al-Naimi, here is one concrete example of where the Saudis devised an energy policy for reasons other than economics.

US secretary of state John Kerry was summoned to meet Saudi King Abdullah on 11 September this year. It is being openly whispered that they struck a compact, whereby they agreed to keep pumping in an effort to cripple the Saudi’s mortal enemy Iran (for the Americans, the differing but complementary interest involves pressuring Tehran to the point that it does a nuclear deal with Washington in the near term). In addition, both Riyadh and Washington have scores to settle with Vladimir Putin’s Russia, the Americans over Ukraine and the Saudis over his critical support for their great enemy, the murderous Assad regime in Syria.

While the break-even price for the Saudis to balance the books (not taking into account their immense foreign reserves of over $735bn) is $84 a barrel according to the IMF, it is considerably higher for Iran ($153) and Russia (north of $100). In other words, the Saudi’s enemies will run into real economic trouble well before Riyadh begins hurting.

And this is the final reason I believe in this particular conspiracy; the Saudis have reminded the world – and especially the heretofore exasperated Obama administration – that they remain both a force to be reckoned with, and one that delivers. The sway this gives them may force Obama to do far more in Syria than he would like to. At last, here is a conspiracy that makes sense.