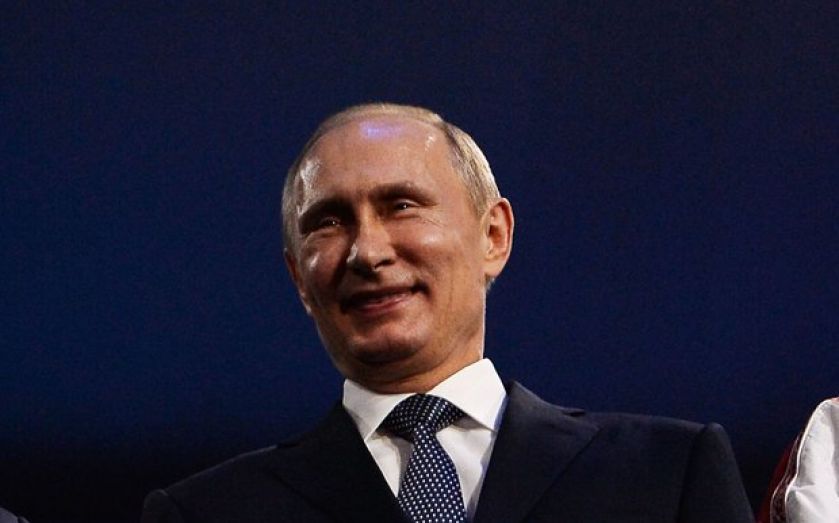 US SECRETARY of state John Kerry tends to reveal more than he ought to. In response to the Russian takeover of Crimea, he blustered, “you just don’t in the twenty-first century behave in a nineteenth-century fashion by invading another country,” as though the laws of human nature and geopolitics have been recently improved upon. In a similar manner, his proposed stick for chastising the Russians seems to be…excluding them from the G8. I’d suggest we also plan to snub them at cocktail parties, so ludicrously tepid is such a response.Instead, Vladimir Putin increasingly strikes me as a disciple of sixteenth-century Thomas Cromwell, at least the version brought to life by Hilary Mantel. In Bring Up The Bodies, Henry VIII’s henchman explains how power politics worked then, works now, and will work for the rest of time. “Once you have exhausted the process of negotiation and compromise, once you have fixed on the destruction of an enemy, that destruction must be swift and it must be perfect,” Cromwell reasons. Putin has followed that timeless precept to the letter.Putin encouraged/directed Russian-speaking separatists in the east of Ukraine, and especially in the south in Crimea, to rise up, demanding autonomy from Kiev at a minimum, and incorporation into Russia at a maximum. Either outcome will leave the economically shambolic Ukraine weak, divided, and unable to become a success, the one outcome that would spell peril for Putin, as the demonstration effect would directly call into question his continued rule.Putin is illustrating what should be known as the Ho Chi Minh rule of international relations, after the Vietnamese leader who bested France and then the US. While both these countries were more powerful in general, Ho could bring more pressure to bear over decades, as he was geographically closer to the action and cared far more about the outcome than distant, if mighty, powers. The same holds true over Crimea. Putin leads a clapped-out state, whose pretensions to great power status will continue to slip, primarily due to economic dysfunction. Nevertheless, he cares far more about the outcome in Ukraine than his blustering opponents. In Cromwell’s fashion, Putin is prepared to do what it takes, and quickly, to secure his interests there, in a way baffled western leaders cannot comprehend.For at last Putin’s checkmate move has sidled into view. If Crimea remains an unofficial Russian enclave (or if it is incorporated into Russia), Ukraine will endlessly dispute such an outcome. One of the not thought-through rules for Nato accession is that no country can join if it has unresolved territorial disputes with its neighbours. By occupying Crimea, Russia can see to it that Ukraine can never join Nato without coming to terms with Moscow first. In essence, the Kremlin (as is also true with Georgia) would exercise a veto over Nato expansion into its perceived sphere of influence.In a weekend, Putin has discredited the West, fatally weakened the new pro-western government in Kiev, and scuppered any hope Ukraine might have had to join Nato. Cromwell would approve of Putin, in that he realises that the geopolitical reality of power politics cannot be wished away. The West must remind itself of how realism works if such adventurism is to be discouraged in future.Dr John C Hulsman is president and co-founder of John C Hulsman Enterprises (www.john-hulsman.com), a global political risk consultancy. He is a life member of the Council on Foreign Relations, and author of Ethical Realism, The Godfather Doctrine, and Lawrence of Arabia, To Begin the World Over Again.