Covid-19, a year on: What we've learnt about teen gambling and video games

Damian Collins
Damian Collins is the Conservative MP for Folkestone and Hythe and former Chair of the Digital, Culture, Media and Sport Committee 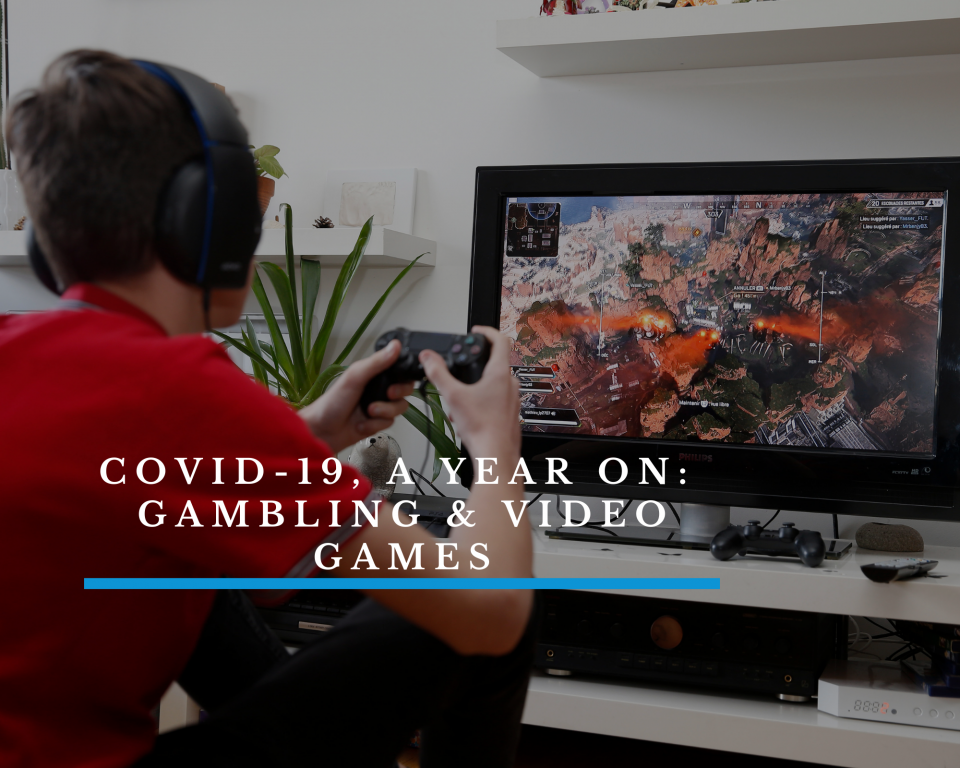 In this series, City A.M. looks back at the last year of the pandemic and Covid restrictions and takes stock of its impact on industries and issues at the heart of British society.

Every time you pick-up a smart device, you’re entering a multi-billion-dollar war zone, where the battle for your attention rages. Tech companies make money from the apps we use and the ads we see. The longer we engage, the more money is made, and gambling and gaming have become increasingly important parts of this economy.

Before Covid-19, much of the debate on harmful gambling was focused on high stakes fixed odds betting terminals (FOBTs), found in bookmakers on the high street, where at one time customers could lose £100 on a single spin. In 2019 the Government announced the maximum single stake for FOBTs would be reduced to £2.

Over the last year, the nature of the beast has changed rapidly. Gambling companies have honed in on sophisticated online games as a treasure chest of users willing to hand over money to enhance their gaming experience. The games themselves are designed to hold users’ attention and make a hefty profit on what are aptly known as “loot boxes”.

Schools have been closed for the bulk of the last 12 months and kids’ attention have been captured like never before by online games. This has made them uniquely vulnerable to gambling ploys targeted towards gamers. According to the 2020 survey by the Gambling Commission 37 per cent of 11-16 year olds in England and Scotland have gambled in the last 12 months, half have ever gambled, and 58 per cent have ever seen or heard gambling adverts or sponsorship.

At the start of the first national lockdown in March last year, data collected from the Gambling Commission showed that online virtual sports betting increased by 88 per cent, and online poker by 53 per cent, compared to the same month in 2019. In April 2020, the number of paid for online gambling adverts targeting customers in the UK rose by 196 per cent compared to the same period the year before.

As live sports were interrupted by restrictions, 2020 was a breakthrough year for esports, the competitive playing of video games such as League of Legends, Fortnite and Fifa Football.

Loot.Bet, the largest esports dedicated bookmaker, saw betting volumes increase 67 per cent last year, and the number of active users rise by 58 per cent. Just to put into context the value of esports today, the 2019 Fortnite World Cup held in New York City had a prize pool of $30 million. That is just over half that of the US Open Tennis Championships, the wealthiest of that sport’s major competitions.

The shift towards online and on-demand gambling fundamentally changes the challenge to regulators. Rather than placing a bet in a managed space, like at a high street bookmaker’s, gamblers can play for high stakes online day and night. The battleground is also increasingly over users’ data.

During my time as chair of the House of Commons Digital, Culture, Media and Sport Select Committee, we launched an inquiry into Immersive and Addictive Technologies. Alex Dale, then Senior Vice President of King, the company that owns Candy Crush, told us that games companies use data from Facebook and Google to target advertising to people most likely to play games online and spend money. Many of the people winding up on games like Candy Crush, after ads on Instagram or other social media platforms, are teenagers under 18. Many will be even younger.

The online gambling companies harness data from their own customers, and target them with advertising on social media platforms, enticing them to come back, to get heavy gamblers to spend more. Facebook ad tools like Lookalike Audiences can be used to identify new customers who are the closest data-profile match to players they already know.

Games like Fortnite and Fifa also have in-app purchasing tools, or loot boxes. These are treasure-chest like features which are accessed with in-game credits. They are often bought with real money, and without the player knowing what they will win.

An algorithm effectively mimics a slot machine dice and you win a particular prize, like player cards of character accessories. The loot boxes are designed to get players to spend more and are highly lucrative for gamemakers. They are also, by design, more likely to draw in younger and younger users who have spent more time online gaming during the pandemic.

In the last three months of 2020, Electronic Arts, the makers of the Fifa video game series, earned almost $1 billion from in-game transactions, an all-time high and an increase in 27 per cent from the previous year.

Loot boxes are a game of chance and they should be regulated as a form of gambling, restricting their accessibility to children who might get a hold of their parents credit cards, and without realising it, whittle away hard earned cash.

The Government is holding a consultation on the regulation of loot boxes, separate from its current overall review of gambling legislation. This wider review needs to consider the risks of different online gambling formats, which have changed dramatically.

Protections must be put in place to limit sudden and excessive increases in spending from players and prevent gambling companies manipulating data to bombard them with social media advertising.