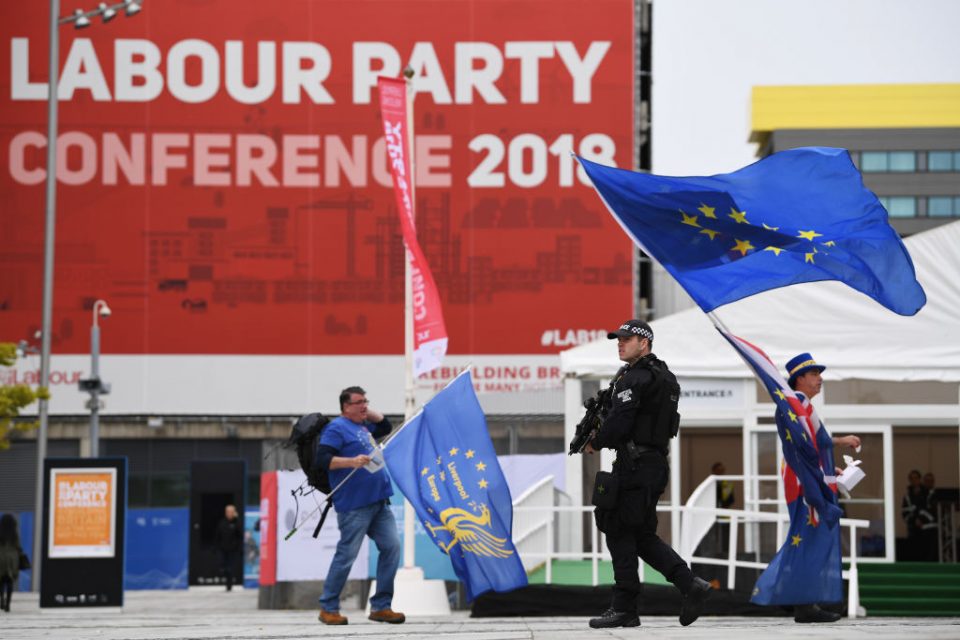 According to the new policy Labour will remain neutral on Brexit during a General Election and would seek to negotiate a new deal if it formed a government.

It would then hold a referendum within six months, and the party would decide which side to back ahead of the vote at a special one-day conference.

The day was characterised by division after Unison urged its members to vote for a different motion, calling for the party to adopt an unequivocal Remain stance. Activist Jon Lansman urged supporters to vote “with their conscience” – widely viewed as going against Corbyn and the rest of the leadership, although Momentum later recommended backing the neutral position.

Frontbenchers such as shadow chancellor John McDonnell and shadow foreign secretary Emily Thornberry – who yesterday had been pictured dressed in an EU flag – made it clear they would campaign for Remain.

When it came to the vote itself, the chair Wendy Nicols further added to the confusion by telling the room she thought it had gone one way, while general secretary Jennie Formby, who was sitting next to her, said it had gone the other way. There were then angry calls for another vote to clarify the matter, before Nicols shifted to Formby’s position.

The end result left half the room furious – and the other half chanting “Oh, Jeremy Corbyn”.

Shadow Brexit secretary Keir Starmer, who also used his conference speech to say he would be backing Remain, said he was “disappointed” at the result.

At a conference fringe event he said: “I don’t think there is a deal that’s going to be as good as the deal we’ve got [by staying in the EU].”

At another fringe meeting Stephen Kinnock, the MP for Aberavon who is heading up the cross party group of MPs for a Deal, said Labour had “more Brexit positions than the Karma Sutra”.

Slamming the conference as an “utter shambles”, he added: “Our position on Brexit is being treated with ridicule on the doorsteps in my constituency.

“We could end up passing three contradictory motions and then it would be up to those writing the manifesto to decide. Good luck with that.”