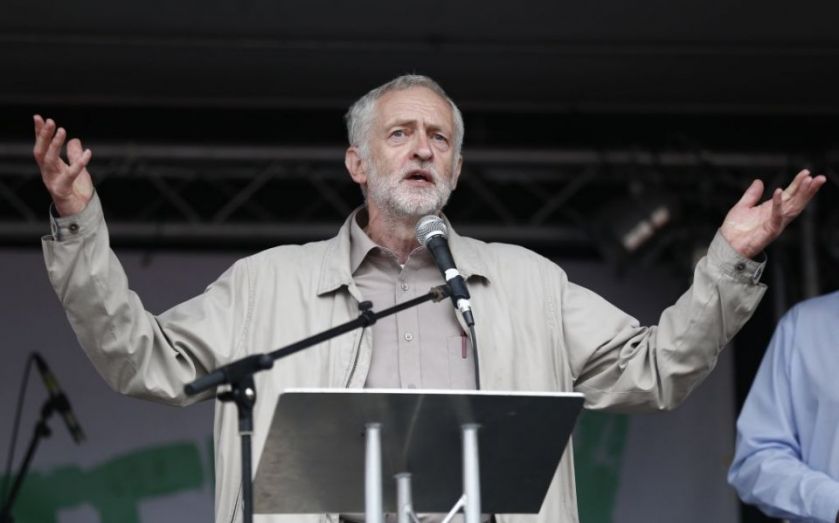 Labour leadership front-runner Jeremy Corbyn has made a radical call for a national maximum wage. “There ought to be a level of a maximum,” Corbyn told The Herald newspaper in Scotland. “Why is it that bankers on massive salaries require bonuses to work while street-cleaners require threats to make them work? “It’s a kind of philosophical question really,” the candidate said. Corbyn provided few details on how he would implement the cap, but said: “There should be an audit of pay levels in every organisation as well as there should be an audit of the gender pay gap in every organisation.” But Ryan Bourne, head of public policy at the IEA, roundly rejected Corbyn’s maximum wage proposal, saying that the candidate was “wrong in principle, in theory and practically”. “There is no reason, functionally or morally, why a person should not enjoy any amount of wealth,” Bourne said, adding, “On a practical level, the consequence of imposing a maximum wage will be to create shortages of talented labour supplied in industries where this bites.” Kate Andrews from the Adam Smith Institute agreed, telling City A.M.: “Corbyn’s call for a maximum wage has nothing to do with helping the low-paid; it is a reflection of his personal, moral philosophy, which is opposed to people making an excessive amount of money, regardless of what the pay-out is for.”