Coping with our confusing and expensive childcare system 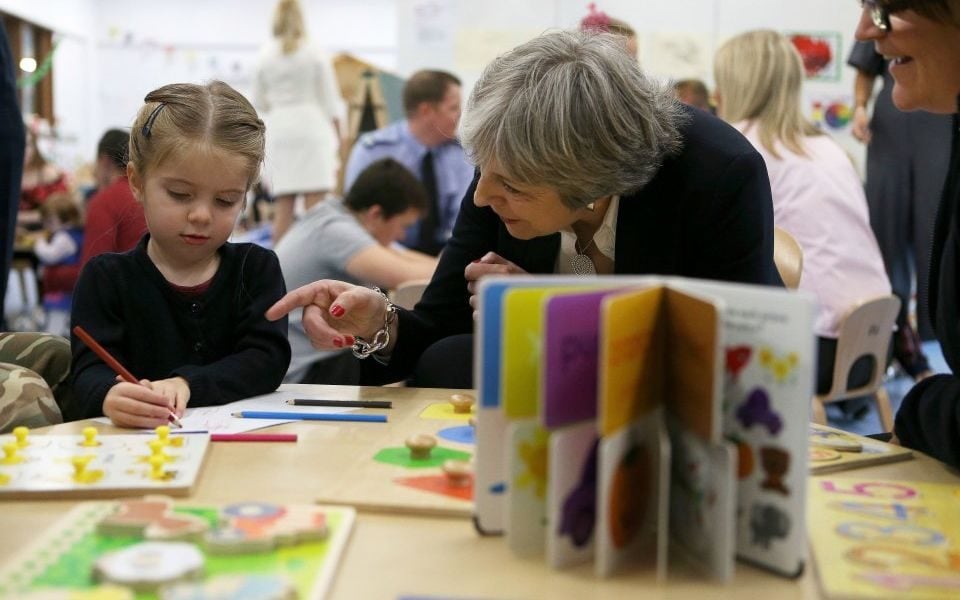 Childcare is notoriously expensive in the UK.

For UK parents with two children, around 46 per cent of household income goes towards childcare – the highest of all OECD countries – while prices have risen three per cent in the past year, according to the UK’s Childcare Survey 2019.

“With the cost of full-time childcare for a two-year-old exceeding the average monthly mortgage repayments in the UK, busy working parents need all the help they can get,” says Becky O’Connor, personal finance specialist at Royal London.

You would think that, given these huge costs, parents would be rushing to make use of the government’s tax-free childcare scheme. Yet surprisingly, participation has been poor.

The scheme works like this: parents who are each earning between minimum wage and less than £100,000 a year can sign up, with the government adding an extra £2 for every £8 that parents pay into their online childcare account.

But despite an estimated 1.5m families being eligible for this scheme, just 125,000 were using it in March 2019, according to figures published by HMRC last week. While this is a marked increase from the 47,000 families who applied in the previous year, it’s concerning that just 10 per cent of parents have signed up since the scheme began its roll-out in April 2017.

Given suggestions that it has been poorly promoted, HMRC says that it is looking to raise awareness and encourage parents to apply for an account.

Other than communication issues, another reason for low take-up may be parents continuing to use childcare vouchers, which the newer account system was bought in to replace.

While the vouchers were closed to new applicants in October last year, parents of children already signed up can continue to buy them. Around 600,000 parents relied on them for financial support in 2018, and it’s likely that many will continue to do so.

As Hargreaves Lansdown’s Sarah Coles says: “There’s always the hope that one of the reasons tax-free childcare hasn’t been more successful is because parents who already had childcare vouchers are using them instead. And if they have older children, there’s a good chance that they may be better off with vouchers too, because they can be more generous for higher-rate taxpayers with relatively low childcare costs.”

Parents in receipt of the vouchers are advised to figure out which system would leave them better-off before opening a tax-free childcare account (once you’ve switched, you can’t return to the voucher system).

O’Connor notes that the new system can appear more generous than childcare vouchers for those with pre-school children, because these are the most expensive years. “However, once children reach school-age, parents tend to use fewer hours of care, and so it may be that childcare vouchers offer better value at this stage.”

It’s not just the age of your child that you should take into account either, because other factors – such as your tax band, whether you’re self-employed, and how many children you have – also affect the savings you could make. But even after parents have carefully weighed up their options, some appear to be encountering problems with the new system, with figures showing a high number of complaints have been lodged about HMRC’s childcare service.

According to a Freedom of Information request submitted by Royal London, the Treasury received 1,830 complaints from parents about the service between 1 November and the end of March this year. The mutual insurer says that’s equivalent to one complaint every daytime hour since the scheme was fully rolled out.

Neither of the above schemes should be confused with the government’s initiative to offer 30 hours of free childcare for children aged three and four.

HMRC told City A.M. that it’s not possible to completely separate complaints related to this scheme and the tax-free childcare initiative, as many parents are signed up to both. But it did say that half of the complaints came from parents who have missed the 30 hours free childcare deadline.

Regardless of which scheme is causing the issues, the set-up is hugely confusing for parents. “The figures show that not enough families are getting help, and when they do, they encounter problems,” says O’Connor. “The system is admin-heavy and time-consuming. The fact that parents with little time on their hands are making the time to complain speaks volumes.”

It’s still early days for the tax-free childcare system, and HMRC has pledged to listen carefully to customers to develop the service.

Let’s hope that the system makes the lives of busy working parents easier, so that they don’t end up throwing the baby out with the bathwater.