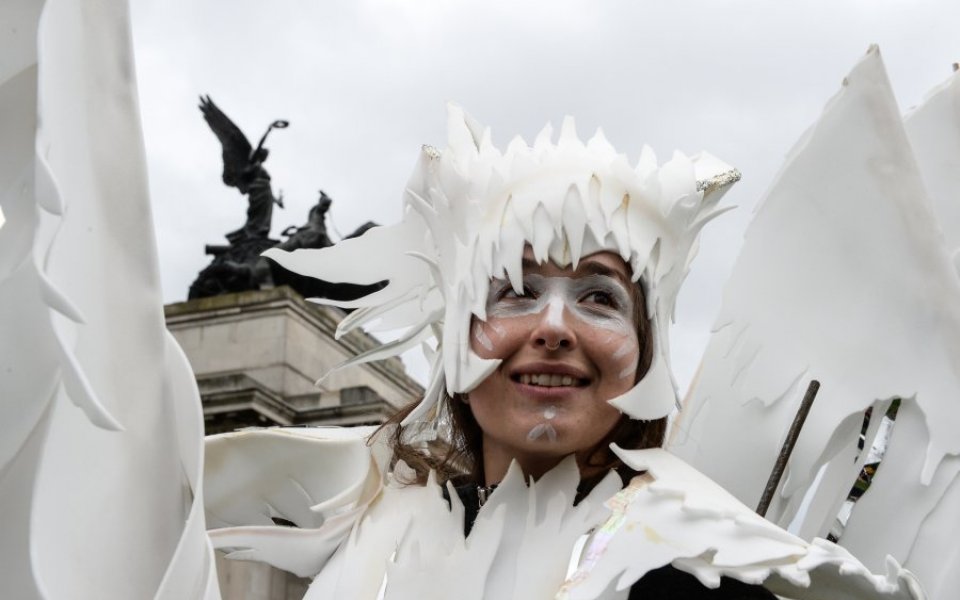 Tens of thousands of people have turned out to attend a march in central London against climate change, reports suggest, as world leaders meet in Paris to agree a new deal for tackling the issue.

The march, from Park Lane to Millbank outside parliament, coincides with the United Nations conference on Climate Change and is one of several to take place in cities around the world.

Those at the march who face some stormy weather include Labour leader Jeremy Corbyn, and groups including Friends of the Earth, Greenpeace and representatives from the Liberal Democrats and the Green Party.

Read more: Why the finance industry needs to worry about climate change

The iconic BT Tower lit up with the hashtag #go100percent to support the use of renewable energy.

In #London? Share your pictures of the BT Tower which is supporting #go100percent renewable energy #climatemarch pic.twitter.com/hJt2d4cpGs

In Paris, the march was cancelled due to heightened security following the terrorist attacks in the French capital. Instead, Parisians laid down thousands of pairs of shoes at the Place de la Republique where it had been expected to take place.

The COP21 conference of 150 of the world's leaders will seek to agree a new deal which limits carbon emissions, amid tightened security.