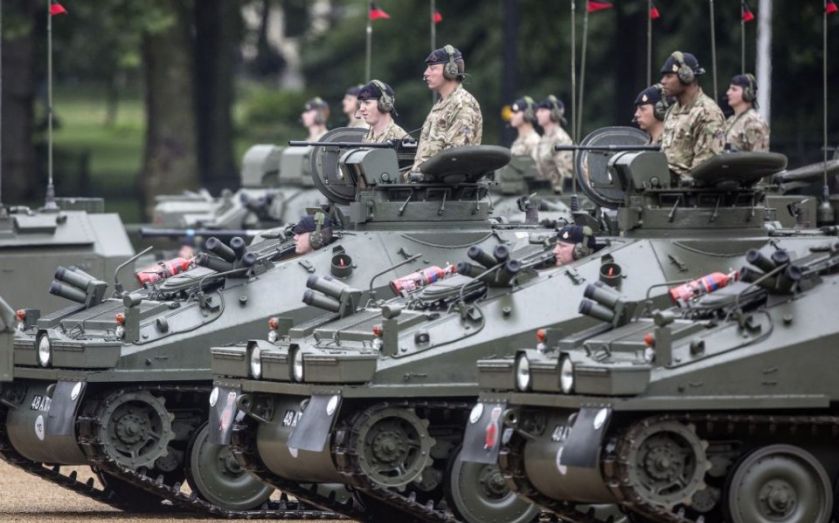 Former defence minister Sir Gerald Howarth is trying to introduce a new law that would keep the UK's defence spend at a minimum of two per cent of GDP.
Read more: UK's £56bn aerospace, defence, security and space sectors come out strongly against Brexit
The proposal, which the Conservative MP is setting out in a private member's bill, will help the UK stick to Nato's target of two per cent spend for each of its 28 member states.
According to the BBC, the bill will include money spent on peace-keeping missions, and some funds will be made available through the government's £1bn cross-departmental conflict pool.
Last year, Britain was one of only five countries to actually meet this target, although US President Barack Obama expressed concern earlier this month that the UK was not spending enough.
At the G7 conference in Bavaria, Obama warned that budget cuts might push annual spend below Nato's requirement.
But UK Prime Minister David Cameron dismissed this, saying the UK was ordering the “largest aircraft carriers that the Royal Navy has ever had”.
“We have the A400Ms, we have the joint strike fighters on their way,” he said.
Earlier this month, foreign secretary Philip Hammond said the UK was willing to consider adopting US intermediate-range weapons in response to “worrying signs” of increasing Russian military activity.
Meanwhile, defence secretary Michael Fallon announced the introduction of a new ship to the Royal Navy, to help defend against “Russian aggression”.
Share
Tags: NULL