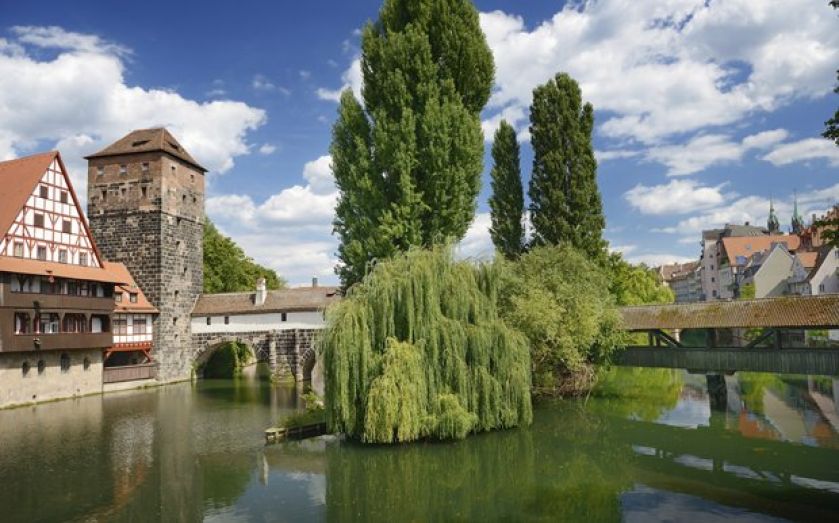 Germany is experiencing a rough patch. Yet it’s not the Eurozone dragging down Germany.

Spain, Portugal and Ireland have solid recoveries, which have broadened from exports to investment. Unemployment is falling, helped by labour market reforms at the height of the crisis.

Even Greece is showing tentative positive signs. Despite high debt and unemployment, low inflation and austerity, the former crisis countries are growing.

Admittedly, Italy and France have serious problems, but these aren’t new, nor the cause of Germany’s current slowdown.

It is Germany dragging down the Eurozone – and that is a reason for optimism.

Its economy is fundamentally strong, as the latest labour market data and wage growth highlight. Once its uncertainty spiral ends, Germany can resume its role as a growth engine.

Two thirds of the Eurozone are in good or improving shape, one third is in trouble. Name an economy where that is not the case.

Some of the latest data from the Eurozone have provided welcome respite from the previous run of dreadful news. But it is far too soon to breathe a sigh of relief.

Having initially reflected stronger export growth, the focus of Spain’s recovery has shifted back towards household spending. With unemployment there still cripplingly high and household debt above normal levels, this seems unsustainable.

Meanwhile, the improvement in German unemployment is in part a lagged response to the earlier strength of the economy. With industrial production now falling and key survey indicators plummeting, there is a risk that the labour market recovery goes into reverse before long.

The one hope is that a German downturn might finally prompt the government to use its fiscal wiggle room to cut taxes or boost public spending. Unfortunately, calls for such a stimulus have so far fallen on deaf ears.