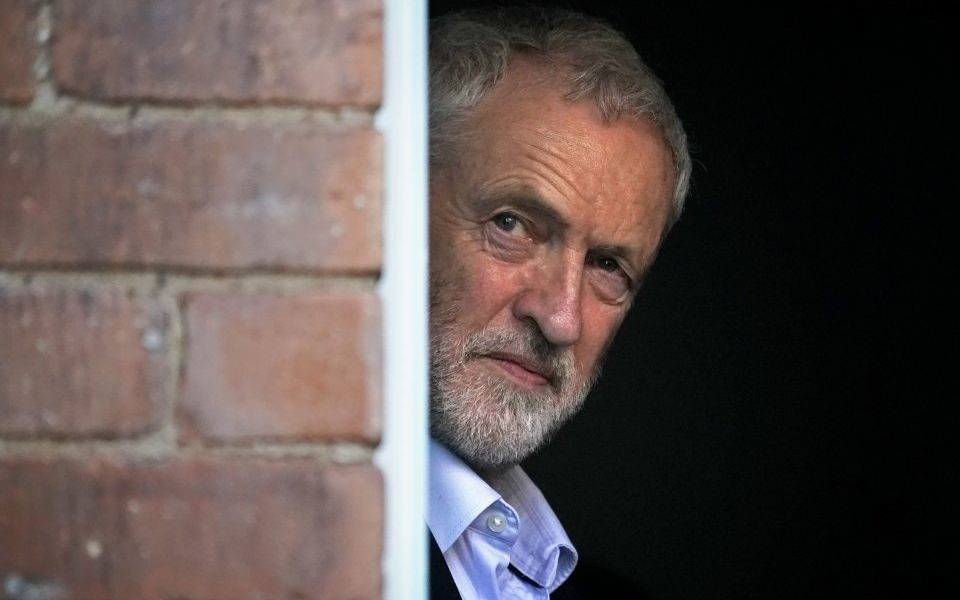 With all the current headlines about the Labour leader centring around his U-turn on a second referendum and the worsening crisis of antisemitism in his party, Bower’s biography is a timely reminder of Corbyn’s economic ideology.

The leader of the opposition espouses a Marxist-Trotskyist society, and has done since the early 1970s. The title works better than Bower perhaps intended: Corbyn is a hero of the far left and Momentum, but he is dangerous to the rest of society.

In the wake of the financial crisis, UK public spending peaked at just under 45 per cent of GDP in 2011. It has subsequently fallen back to 39 per cent. Econometric modelling suggests that the long-term supply-side economic benefit of this reduction in the size of the state adds between 0.25 and 0.3 percentage points to GDP growth, due to the improved efficiency of the economy.

This is not a trivial boost in a world of secular stagnation and anaemic productivity growth.

But Corbyn doesn’t recognise any of this. Were he to come to power, he is likely to reverse the good work, quickly increasing the size of the state back to crisis levels, to hell with what that would do to productivity growth.

The economic fall-out from a hard-left government would be considerable. Just as Corbyn’s government pressed on the accelerator, the private sector would be hitting the brakes – and hard. The end result could well be a recession and an even higher public spending to GDP ratio.

Recessions can easily add around five percentage points to this ratio. We would therefore be looking at a scenario where the size of the state increased to around 50 per cent of GDP. Outside of the two World Wars, this would be the highest level ever – spending has never hit half of GDP in Britain’s peacetime history.

Were this scenario to occur, we would see a sharp increase in public sector net borrowing, leaving Corbyn’s government with a choice between reducing spending or increasing taxation.

We know which one he would choose. Taxes on higher income earners would be substantially increased in order to pay for Corbyn’s largesse.

Unfortunately, this would be precisely the wrong policy. Research shows that it is much better to cut a deficit by reducing public spending than by raising taxes, as the short-term negative growth consequences of the former are less than the latter.

But Corbyn has a tendency to ignore economic research that he doesn’t like, so there would be significant damage to the supply-side of the economy, and long-term potential output growth would be undermined.

A vicious downward spiral would kick in, undermining inward investment and that of UK companies.

To exacerbate the tragedy, this is precisely the wrong moment in history to abandon markets in favour of the state (not that there ever is a right time). Success in the disruptive digital economy of the twenty-first century will be dependent on agility, flexibility and entrepreneurship.

These are the three things most likely to be undermined by a Corbyn government.

If this sounds hyperbolic, then judge a man by his friends. Corbyn’s closest advisers include Seumas Milne, a committed Marxist, and Andrew Fisher, a lifelong communist.

It’s difficult to believe that Corbyn could win the broad range of support necessary to become the most left-wing Prime Minister in our history, but the tumultuous times we are living in, combined with the political fall-out from Brexit, could result in such an outcome.

His personal approval ratings are dreadful, so there is some reassurance that Comrade Corbyn and his politburo won’t enter Downing Street. But be afraid, very afraid.