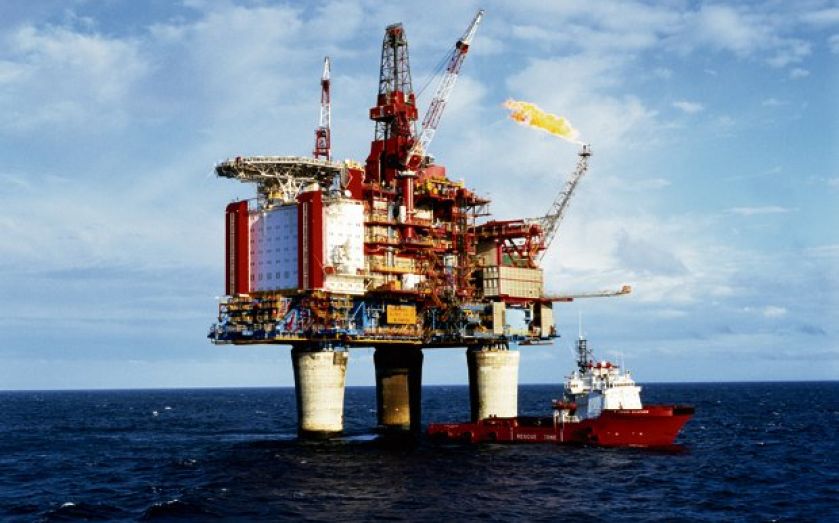 BRITAIN faces a two-pronged energy quandary. The government remains determined to close old polluting coal power stations and wants to become more reliant on cleaner gas plants to keep the lights on. But just as this reliance on gas grows, our North Sea oil and gas reserves are in steep decline and there remains a fierce debate about onshore fracking for shale. Meanwhile, our dependence on gas imports could rise to 80 per cent by 2020 as we rely on the likes of Norway and liquefied natural gas shipments from less stable states.

I believe that coal is again the fuel of the future; but not as we knew it. As an oil man and one of the first North Sea pioneers of the early 70s, I firmly believe that our ability to gasify the offshore coal surrounding our island, without the need to mine it, can now provide a vital energy solution and produce abundant and cheap gas for generations. In 1972, I formed a company to apply for oil licences in the Fourth Round of North Sea awards and our efforts were quickly rewarded by the discovery of the Buchan Field. This month has just seen the Twenty-Eighth Round in which we have been awarded 11 licences.

So why is my heritage and legacy in the North Sea relevant to Britain’s untapped coal reserves? During those heady days in the 70s – our consortium discovered oil with its first well – I spent quite a lot of time on the various drilling rigs which we chartered. As we scrutinised the logs recording the lithology of the rock, we noted the presence of substantial thicknesses of offshore coal. This prompted a colleague to remark that, in his opinion, there was likely to be enough coal contained within the North Sea to sustain the whole of Europe’s energy requirements for 2,000 years. But back then we were oil-driven and the presence of coal was of little interest.

However, the picture has changed dramatically. The North Sea, so efficiently explored and developed by the oil companies, is now depleting rapidly. Hopefully it can still deliver some surprises as new technology is deployed.

But it is now chillingly clear that the UK, once so blessed with energy abundance, is heading rapidly from feast to famine. Yet billions and billions of tonnes of coal lie offshore from Swansea to Whitehaven, from the Firth of Forth to Lincolnshire. That coal is not only there but, thanks to the astonishing evolution of directional drilling technology, it can be cheaply, cleanly and safely converted into gas and piped ashore to provide heat and power for industry. Our coal and its characteristics are known as a result of the National Coal Board’s exhaustive attempts to win coal offshore from the old collieries of Durham, Cumbria and Wales. Indeed, some of the Durham pits went as far out as eight miles under the North Sea.

This deep offshore Underground Coal Gasification (UCG) requires no new technology and there is minimal exploration risk thanks to detailed geology reports. It is possible to drill directionally from onshore to offshore into the coal seam, which will be at depths of between 500 metres and a kilometre and beneath impermeable rock. Cluff Natural Resources (CNR) has secured eight conditional deep offshore UCG licences from the Coal Authority as the agent of the Department for Energy & Climate Change.

Fracking and shale, the source of the revolution in the US, is an entirely legitimate and potentially lucrative unconventional gas exploration methodology, but offshore UCG is potentially unique for the UK. Last week, CNR unveiled a resource update indicating that our Kincardine licence in the Firth of Forth contains 335m tonnes of coal. This confirmed the long held view of many (as indicated in previous government reports) that the Firth of Forth contains a huge coal resource with the potential for UCG. Two coal seams in particular have been identified that alone contain an estimated 43m tonnes of coal suitable for UCG; on an energy equivalent basis, this coal resource represents 1,395bn cubic feet (BCF) of natural gas. To put this in context, 1 BCF of natural gas is enough to meet the entire combined energy needs of around 11,000 homes for one year, equivalent to the average annual energy output of 49 of the largest wind turbines.

Britain’s coal resources are today largely stranded. Our few remaining collieries will be closed by 2020 and our access to this vast national energy reserve will be lost. Deep offshore underground coal gasification can untap the vast energy contained in this coal resource, satisfy our nation’s appetite for cheap, abundant and cleaner energy, and provide energy security for our country.