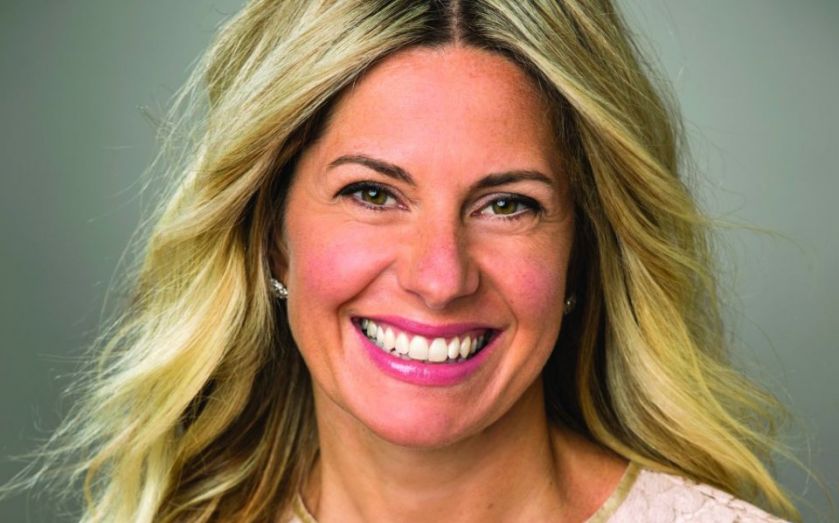 What makes someone exceptional? Being chief executive of Barclays Stockbrokers by 34? Heading up four major departments at Cantor Fitzgerald in the wake of 9/11? Or setting up and running both a digital financial services investment and advisory firm and a media production company? These are just the highlights of Anthemis and Archer Gray founder Amy Nauiokas’s career.

Fresh out of college, she spent the early 90s working on Wall Street – watching the tech boom, and seeing friends wade into it. “All I could think was, ‘there must be a way to leverage tech inside big business’”. In 2004 she moved to Barclays Capital, heading up its e-commerce operations. By 2006, having driven marked expansion and adoption of the firm’s electronic products, she had become chief executive of Barclays Stockbrokers. By introducing new technology to the business, it took her just two years to grow revenues by 40 per cent. “I was early in what’s now become known as fintech, and that helped me stand out among my peers. It also suited my out-of-the-box, meritocratic way of thinking; it felt like something I could own. But back then, we were known as ‘the crazy people’”. It wasn’t until the early 2000s that people started paying attention: “I started to feel much more like an evangelist, an influencer – rather than a crazy!”
In 2008, Nauiokas left Barclays and, with business partner Sean Park, set up Nauiokas Park, the venture capital firm that became Anthemis. And two years later, in a bid to satisfy an enduring passion for the arts, Nauiokas founded Archer Gray. Named after her two sons, the media production firm’s projects include musical Once and several Sundance Film Festival selections. Anthemis’s track record is also impressive, with early-stage investments including Zoopla, eToro and The Climate Corporation – which was sold to Monsanto for $930m (£600m) in 2013.
Now, Nauiokas is focused on leveraging Anthemis’s success. It has 50 per cent of its investments in North America, but she is upbeat about London’s claim as tech capital of the world. “The UK venture capital train left the station a little later, but we’re catching up very quickly – and with razor-sharp focus. We know the areas where we can lead the pack – financial services technology is the obvious one.”
Given that her business combines both advisory for big players and venture capital investment in the upstarts, she has a unique insight. Incumbents, she says, will find keeping up with dynamic and fast-growing entrants a tough game. “In any market that is being disrupted by technology, the incumbents and landscape are bound to look different. In five years’ time, you will still have some big banks that will embrace, understand and figure out how to use new technologies to reinvent much of their businesses. Then you’ll have those who won’t get it. They won’t look like they do today. Then, there will be some new entrants that have figured it out so well that they will grow to become the incumbents”.

GET UP AND GO

Despite an enviable career – and having “never paid much attention to the gender of the people around me” while on Wall Street – Nauiokas is the first to admit that being female has sculpted her path: “I knew that, as a senior woman, the trip would be that little bit more difficult and less rewarding than for my male counterparts. When I thought about what I wanted to do, it was a case of, ‘is it worth fighting the fight, or shall I go and start my own thing and not worry about it so much?’”.
This said, Nauiokas believes things are moving in the right direction. “I’m confident that my generation has a far more cooperative desire to work together for change.” Firms need to realise, she says, that the simplest forms of diversity drive performance – and systematically rewarding revenue production and not focusing on other skill sets simply negates the possibility of such diversity. Think about it like portfolio management, she says – you can’t expect the best performance if you’re only invested in one company.
And it’s best performance that sculpts the advice that Nauiokas gives would-be entrepreneurs in the City. “If you can make an impact or a change inside a corporate environment, I’d encourage you to stay. There has never been a better time for financial services technological innovators and digital geniuses to operate inside the big banks – and you’ll probably be considered a lot less crazy now!” But she adds that, if you don’t think your firm is going fast enough, and you’ve got a great idea, “go for it”.

Company name: Anthemis
Founded: 2010
Number of staff: 29
Age: 43
Born: Connecticut, USA
Lives: North London
Studied: International Affairs and International Business
Drinking: Green tea and tequila (never together!)
Eating: Anything not cooked by me
Currently reading: The Diary of a Teenage Girl, by Phoebe Gloeckner – the source material for a terrific new movie produced by Archer Gray
Favourite Business Book: The Innovator’s Dilemma, by Clayton Christensen
Talents: I am told I’m very good at multitasking, strategic thinking, and trusting my gut. But I’ve also been known to make a very good margarita
Heroes: My mom, my grandmother and my sisters
First ambition: To be a teacher
Motto: “Spend less time composing mottos and more time living and working with focus, passion, and purpose”
Most likely to say: This is a learning opportunity
Least likely to say: We can’t do that
Awards: Best Mom of the Year Award (2014 recipient, from my children)