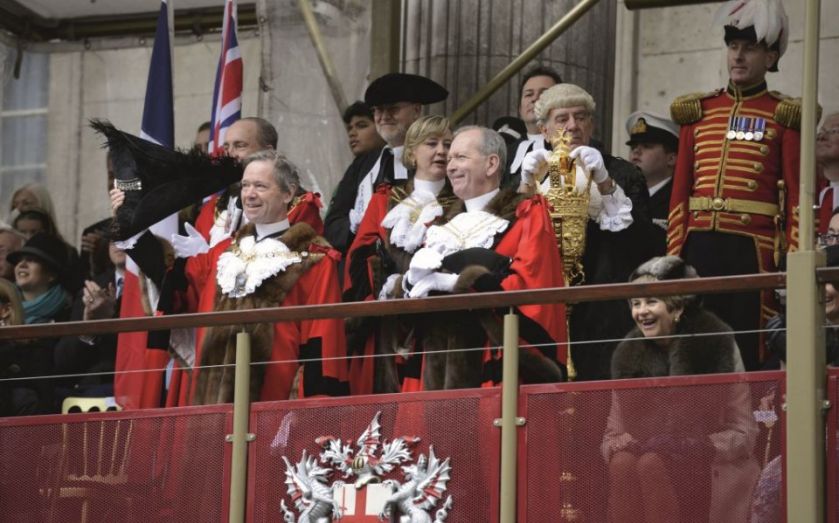 Since assuming the role of lord mayor of London on Friday, the hours have been both hectic and eclectic. The “Silent Ceremony” – so-called because no words are spoken at the handover – is a meaningful and moving start to the mayoral year; inherited from my predecessor as lord mayor Alan Yarrow.

Alan has done a wonderful job in promoting UK financial and professional services across the country and overseas. He has helped change the narrative of this City and restore its reputation; aiming for the high standing it enjoys abroad. In particular, he celebrated the critical contribution of business to our communities on City Giving Day. I look forward to picking up the baton as an advocate and ambassador for the excellent and innovative work being done in the Square Mile and in financial centres across the UK.

My motto for the year is: “Innovate here, Succeed anywhere”. This reflects the dynamism and creativity of British business. To see this in action, you simply need to look at new areas of the financial sector like fintech (which supports 44,000 jobs across the country), the trading of the Chinese RMB currency, and our position as a leading centre for Islamic Finance.

I will also champion a sector that is both new and old – the maritime sector. With a 43 year career in the ship broking business, I know that maritime is one of the global industries where the UK leads the way, contributing £20bn to GDP and supporting almost half a million jobs. As a nation, we need to have a better understanding of this important sector, integral to the jobs and growth agenda.

And when it comes to jobs and growth, the third sector also has a very important part to play. As part of my Lord Mayor’s Appeal, I will be supporting the Sea Cadets, which help nurture the self-belief of disadvantaged youngsters and introduce them to the world of seafaring, and the Juvenile Diabetes Research Foundation, which helps tackle the deadly type 1 disease. I have first-hand experience of the tremendous difference made by both, and am committed to raising awareness and support for their work.

After the Silent Ceremony came the world’s biggest and oldest street party: the Lord Mayor’s Show. It was an honour for my family and me to be part of a procession of 7,000 people, joined by hundreds of horses, floats, buses, ships, helicopters and the odd person on a unicycle! It’s brilliantly British and has taken place for 800 years – which city on earth can equal this landmark?

All of this has led to tonight’s Lord Mayor’s Banquet where, joined by the Prime Minister, the justice secretary, archbishop of Canterbury, senior business leaders, diplomats and other dignitaries, I will set out my objectives for the year. After the delightful and dazzling introduction to all that this City represents, and with all that is to come, I cannot wait to roll up my sleeves and serve you as lord mayor.