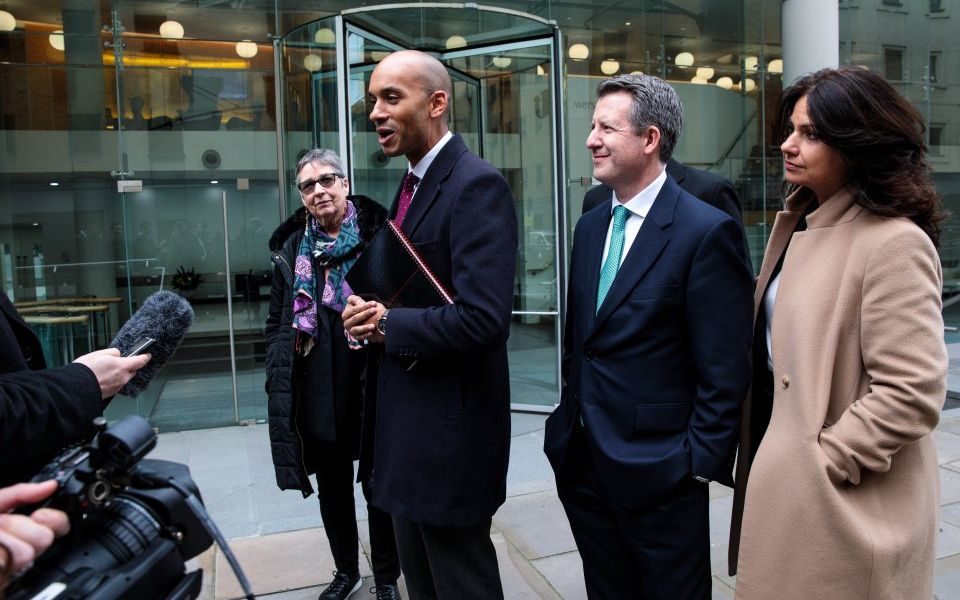 Former Labour MP Chuka Umunna has downplayed suggestions Tory MP Nick Boles could join the Independent Group (TIG), saying he does not share the same "progressive values" of its members.

Asked why Boles, who quit his local party over his stance on Brexit, had not joined the rump of disaffected former Labour and Tory MPs, Umunna said: "I'm not sure that Nick shares the same progressive values that we do or progressive politics. He's essentially a Conservative by his own admission, which is why he will still take the Conservative whip at the national level."

Boles, the MP for Grantham and Stamford, has been vocal in his opposition to a no-deal Brexit, putting him at odds with his local association. Vice president Martin Hill said members had been "betrayed by their parliamentary representative" and demanded Boles take "honourable course" and quit as an MP.

In an interview with Sky News at Advertising Week Europe, Umunna said he would not be tempted to rejoin the Labour party even if Jeremy Corbyn was removed as leader.

He said Corbyn was "unfit to be Prime Minister" and was seen as a "messiah" in the Labour, as was former Prime Minister Tony Blair.

Read more: The emergence of the Independent Group offers a hope for economic liberals

"One of the things I disliked about the Labour party was the idea you have this deity, messiah person who is going to solve all your problems and could no wrong. I would not ever want to be party of party that is ever like that again.

"I didn't agree with that when Tony Blair was the leader and he was sometimes he was held up as a messiah, and I certainly disagree with it under Jeremy Corbyn. It's not a grown up way to do politics and it demeans the people within the party."