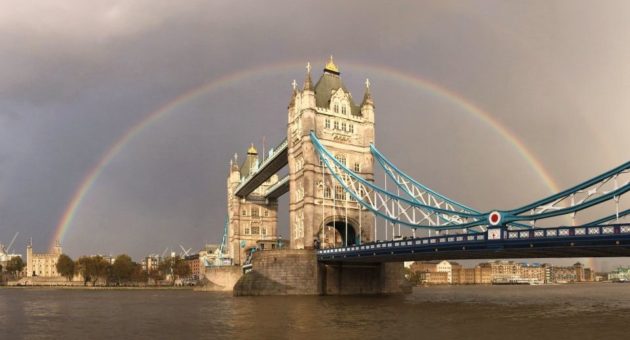 Christmas travel disruption: everything you need to know

It’s Christmas! Which means, among happier things, torturous travel planning as city-dwellers escape to the country for a few well-earned days off.

But fear not – we at CityAM have put together this handy guide to make your holiday travel as pain-free as possible.

Here’s a list of planned disruptions, reduced services and engineering works over the holiday period.

As usual, there is no service on any underground lines on Christmas Day itself. Service resumes on all lines apart from the Waterloo & City on Boxing Day.

There is free travel from 11:45pm on New Year’s Eve to 4:30am on New Year’s Day. A number of stations near to the fireworks will close intermittently throughout the night, re-opening when it is safe to do so.

On New Year’s Day there will be reduced service on all lines.

On Christmas Eve, the District Line will be closed between Parsons Green and Wimbledon after 10:45 pm. A replacement bus service will run instead.

On Boxing Day there will be no service between Earls Court and Kensington (Olympia). This will be the same all day on New Year’s Eve and throughout New Year’s Day.

On Christmas Eve, the Circle Line is operating a reduced service from 10:30, with last trains at Sunday times.

There will also be a reduced service on Boxing Day, with the first train from 7:45.

On Boxing Day there will be no service between Euston – on the Bank branch – and Morden, and none between Camden Town and Morden on the Charing Cross branch. Replacement bus services will run instead.

On New Year’s Eve there will be no service between Rayners Lane and Uxbridge. Passengers should use Metropolitan line services instead.

There will be no service on the London Overground on Boxing Day, apart from special services between Clapham Junction and Hackney Wick, and between Highbury & Islington and West Croydon.

Services on TfL rail from Paddington to Slough and Heathrow Terminal Four are suspended on Christmas Eve, with a replacement bus service operating instead.

On the Liverpool Street to Shenfield line, the last trains will depart at 21:14 and 22:10 respectively on Christmas Eve.

Between 28 and 31 December, the line is operating a reduced service. Trains will not serve Acton Main Line, West Ealing, or Hanwell, and there will be no trains between Paddington and Hayes & Harlington.

Those heading to the Hyde Park attraction are warned that Hyde Park Corner is exit only on Friday evenings and after 11 in the morning on weekends.

The crowd control measure will last until 5 January.

Details are yet to be finalised but due to ongoing industrial action there will be reduced service on South Western Rail between 23 December and 2 January.

South Western have said: “The week of Christmas itself is likely to have a different timetable with services finishing earlier, and as is always the case no trains run on Christmas Day and Boxing Day.”

On Christmas Eve there will be an early closedown of services, with trains not running between London Paddington and Slough/Reading. There will also be no trains on 27 December.

On New Year’s Eve additional late night services between London and Reading will be run by TfL rail, so revellers will be able to make it home.

King’s Cross is also being updated over the period, with engineering works planned for Christmas, Boxing Day and 27 December – on which there will be reduced service.

For those jetting off over the winter for some much needed sun, Stansted Airport services will start and end at Tottenham Hale on 26 December.

Motorists rejoice: most major roadworks are being put on hold over the Christmas period. However, the construction of Cycleway 9 in West London will see some lane closures on the Chiswick High Road and around Kew Bridge.

On New Year’s Eve, revellers heading in to central London should be aware that the following bridges will be closed from 14:00 onwards: Westminster Bridge, Jubilee Footbridge, Waterloo Bridge, Millenium Bridge.

There’s also Christmas cheer for budding cyclists – Santander cycles will be free to use over the Christmas period. Users can make as many 30 minute journeys as they want within 24 hours using the code SCXMAS19.

We will continue to update this story as and when things change over the period.