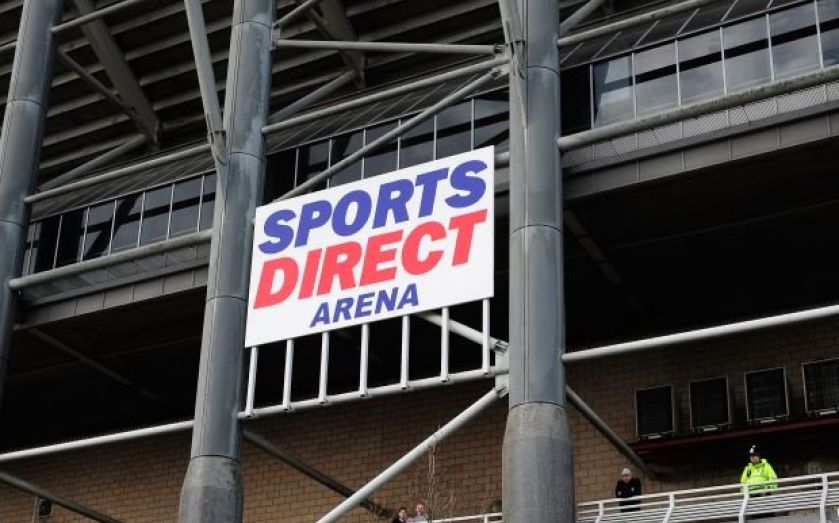 A non-executive director at Sports Direct has given £244,300 worth of company shares to his wife “by way of gift”.
In a company announcement made earlier today, the British retailing group revealed that David Singleton gave 35,000 of the shares to Elizabeth Singleton. The shares, each worth 698 pence, were held beneficially by him.
Singleton joined Sports Direct in 2007, having previously worked at Reebok International for 25 years. He now holds a number of titles at the company, including independent non-executive chairman and chairman of the remuneration committee.
Just earlier this year, he voiced his support of a bonus scheme that would have handed Mike Ashley, the company's founder, £72m worth of free stock. When shareholders rejected the plan, he said he was “disappointed”, adding that he remained “convinced of the benefit of aligning Mike Ashley's interests with those of all other shareholders."

Meanwhile, many of the shop floor workers employed by Sports Direct have been complaining that they are made to work on zero-hours contracts.
Approximately 20,000 staff work for them under these controversial contracts, and the company is now obliged to re-write its adverts to “expressly state” that no work is guaranteed, after an employee took legal action against them.