Christian Dior: Designer of Dreams at the V&A is a thorough investigation of the haute couture brand, if not the man himself 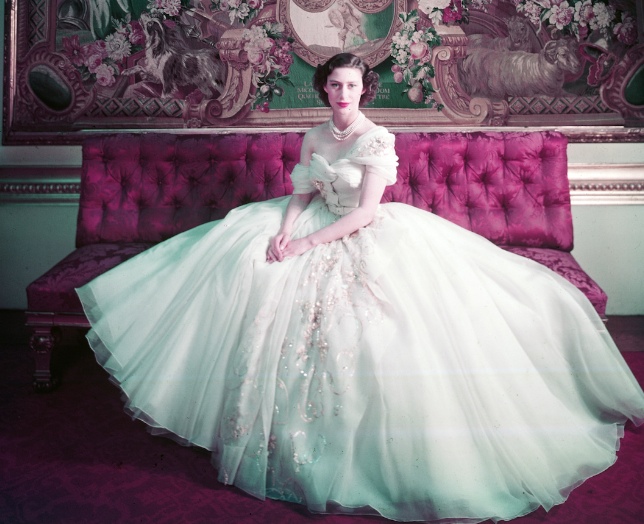 By 1955, over half of all haute couture exported from France was designed by Christian Dior. Not bad for someone who started out selling sketches outside his house for 10 cents apiece.

Not that you’d know that having been to this exhibition as, unlike the V&A’s blockbuster retrospective on the late Alexander McQueen, this show isn’t about a personality, it’s about a brand. Apart from a single cabinet of trinkets at the start, it largely ignores Christian, choosing to muse over long-running themes that run throughout his collections instead.

It starts from a logical place: the New Look. Dior supposedly invented it with designs that celebrated womanly curves instead of the boxy, utilitarian clothes associated with the Second World War. His early suits look beautiful in pictures, but incredibly bony and structured in the flesh, quite literally imprisoning a succession of princesses and actresses in an idealised hourglass hyper-feminine form.

Following his death, future creative directors have done away with this raison d’etre, with Raf Simons and Marc Bohan in particular bringing a far more tailored, practical sensibility to the house. Present CD Maria Grazia Chiuri has even introduced ‘We Should All Be Feminists’ slogan t-shirts into the latest collection.

By contrast, John Galliano’s creations look like a bad acid trip and the ‘I love Hitler’ video that led to his dismissal is glossed over in half a sentence as a mere ‘controversy’. Never mind that Dior’s own sister, a member of the French Resistance, was incarcerated in a concentration camp by the Nazis. It’s a moment where the lack of biography feels like a missed opportunity.

Dior’s travels and subsequent mining of other cultures is also celebrated with an entire room dedicated to Japanese, Chinese, Egyptian and Indian influenced designs. There’s a tentative nod in the exhibition literature to those who would cry cultural appropriation, assuring us that, though times have moved on, Dior truly loved these cultures, honest. A section devoted to Dior in Britain (where he damns us with fabulously French faint praise, saying he ‘adores the English, with their tweeds that suit them so well’) feels a little self-indulgent.

The Garden Room, however, is a real showstopper. Inspired by his mother Madeleine’s love of gardening, many of Dior’s most delicate and technically impressive creations play with inverted flower shapes and petal motifs, all displayed under an exquisite ceiling dripping with lilac paper roses.

A ballroom devoted to evening gowns is the piece de resistance, set against a backdrop of cascading diamonds and the sound of an orchestra tuning up to give it that anticipatory ‘night at the opera’ feel.

Though the exhibition feels a little corporate at times, the longevity and dominance of the house of Dior over the last 50 years charts a uniquely fascinating journey into changing attitudes towards women’s bodies and cultural worth in fashion.