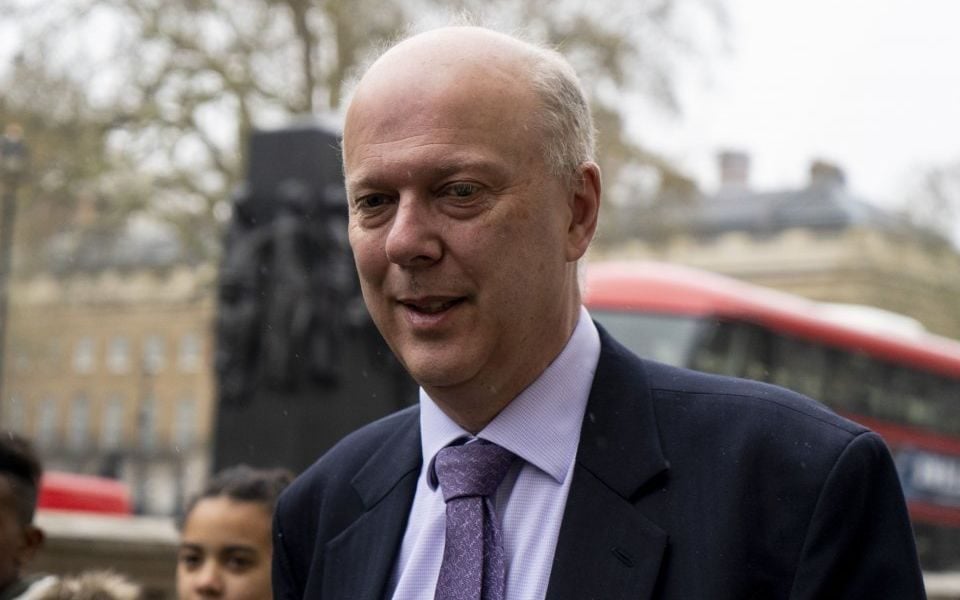 Embattled transport secretary Chris Grayling did not show up today for questions from MPs about his controversial decision to bar Stagecoach from three rail franchises, sending a junior minister instead.

Grayling had been asked by Labour's shadow rail minister Rachael Maskell to answer concerns that he misled parliament over the decision, which disqualified Stagecoach from bidding for the East Midlands, West Coast and South Eastern franchises for not agreeing to share open-ended pension liabilities with the government.

The East Midlands franchise, which Stagecoach currently runs in partnership with Richard Branson's Virgin Trains, was instead awarded to its rival Abellio.

A formal legal disclosure from the DfT has said that all bids contained some non-compliances, which McDonald said contradicted previous statements made by Grayling to MPs.

Rail minister Andrew Jones, who stood in for Grayling, replied that any non-compliances in Abellio's bid were non-material.

"We've been clear at the outset that non-compliance risks exclusion," he said. "Stagecoach chose to put in a material non-compliant bid rejecting the commercial terms on offer, in doing so they are responsible for their own disqualification."

The war of words between the Department for Transport (DfT) and Stagecoach has escalated since Stagecoach was disqualified from the franchises last month.

Stagecoach has threatened legal action against the DfT decision, which it called "baffling". It claims the pension risks it was being asked to take on for three rail franchises was "well in excess of £1bn" and that rail firms were unfairly being asked to plug some of the railway's £7.5bn pensions deficit.

Stagecoach has also called for an investigation into how details of its bid were leaked by accident from Network Rail to Abellio. The government insists that the attachment was never opened and the content was never accessed.

The current standstill period – the timeframe in which spurned bidders are given to ask questions about the government's decision – has been extended until Thursday because of the row.

Abellio said in a statement: ​"As a responsible and experienced rail operator Abellio has taken great care in abiding by the rules of the franchising process during the standstill period and has not issued statements or briefing to the media.

"Once the standstill period has passed we will take steps to share in detail the plans we have to enhance the East Midlands railway over the coming years.

“However, ahead of this it is appropriate that we comment on media reports over recent days. Abellio has been successful and unsuccessful in bids over many years. Our view is that the East Midlands competition has been conducted in a robust and fair manner, through a process run by an experienced Rail Franchise team within the Department for Transport. The process is designed to ensure the best bid for the passengers and UK taxpayer."

It continued: “For many decades ensuring that the Rail Pension Scheme is fully funded has been an ongoing responsibility for everyone involved in running the railway. Abellio is working constructively with the pension trustees, Rail Delivery Group, employee representatives, the Department for Transport and the Pensions Regulator to maintain the pension scheme for the long term.

“Abellio, along with many other multi-national organisations who have submitted compliant bids for current competitions, are satisfied that the protection mechanism put in place by the Department for Transport suitably balances all parties’ risk."

A DfT spokesperson said: “Abellio submitted a compliant bid and have been awarded the East Midlands Railway franchise on the basis of clear guidance that was issued in advance of the bid process.”